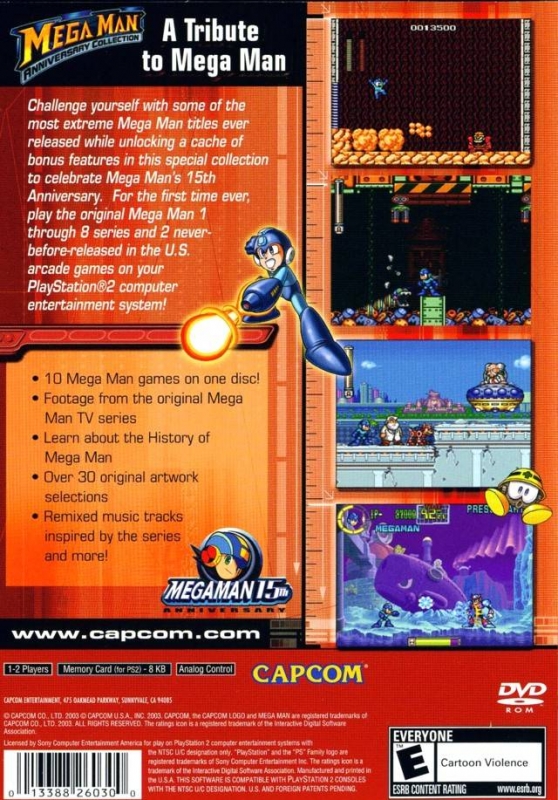 In the Mega Man Anniversary Collection, players will be challenged to see if they have the skills to master some of the most extreme Mega Man titles ever released and to unlock a cache of bonus features that includes 30 minutes of anime, a producer interview and a history of the series. The Mega Man Anniversary Collection provides a comprehensive look at Mega Mans progression through the years, as this near human robot embarked on his journey to become one of the longest running videogame icons to date. Take a trip down memory lane, reliving Mega Man's numerous quests to defeat Dr. Wily and his attempts to control the world and its resources. Gamers will reacquaint themselves with past adversaries such as Metal Man, Gemini Man, Pharaoh Man, Centaur Man, and Tengu Man, just to name a few. The Mega Man Anniversary Collection encompasses everything a new and hard-core fan would want for their existing library.