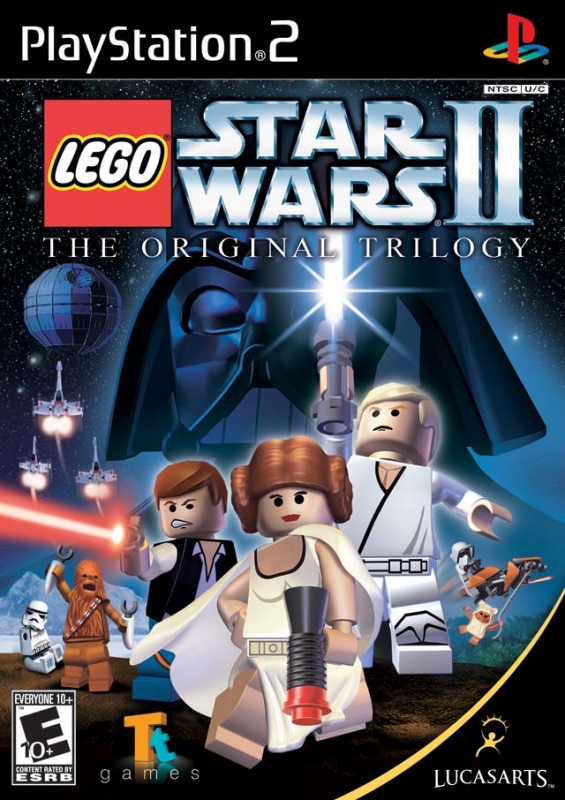 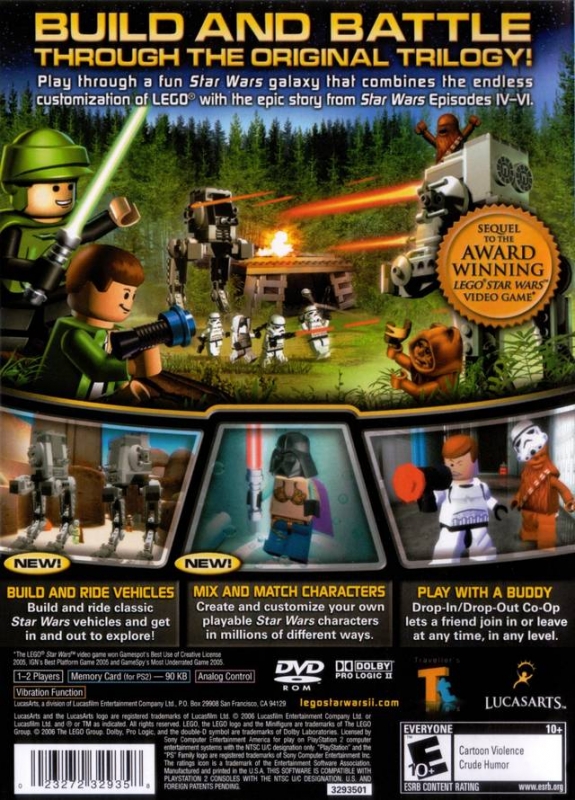 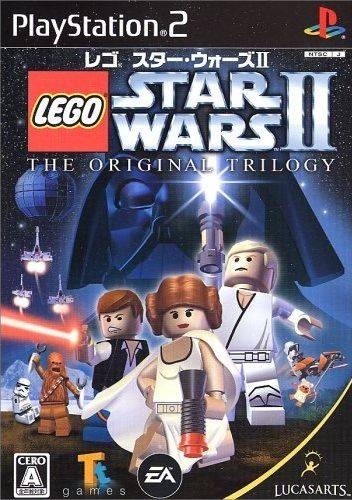 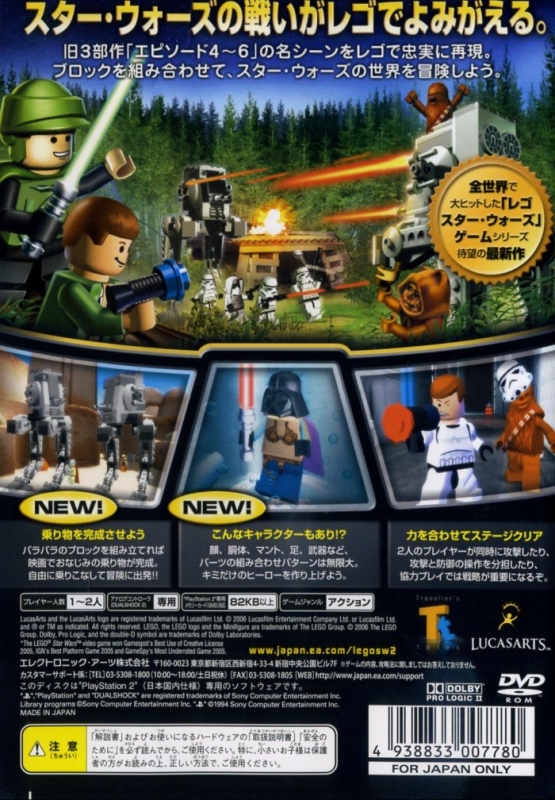 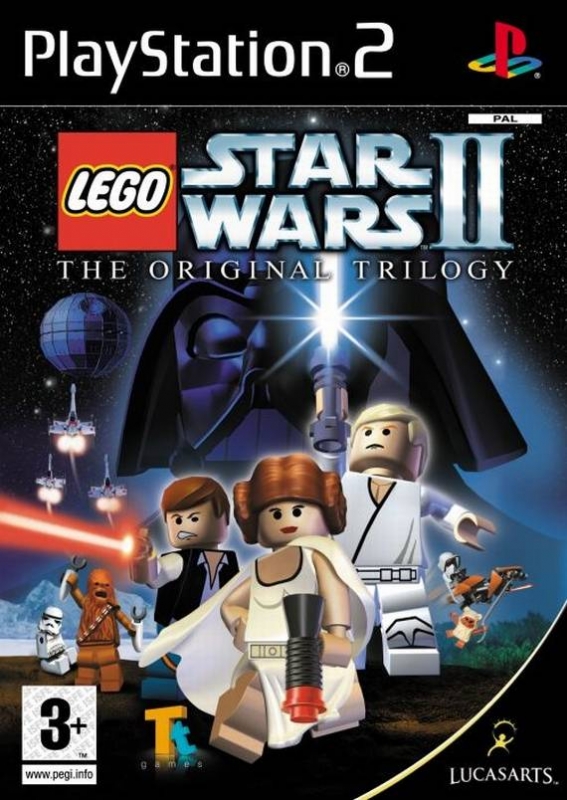 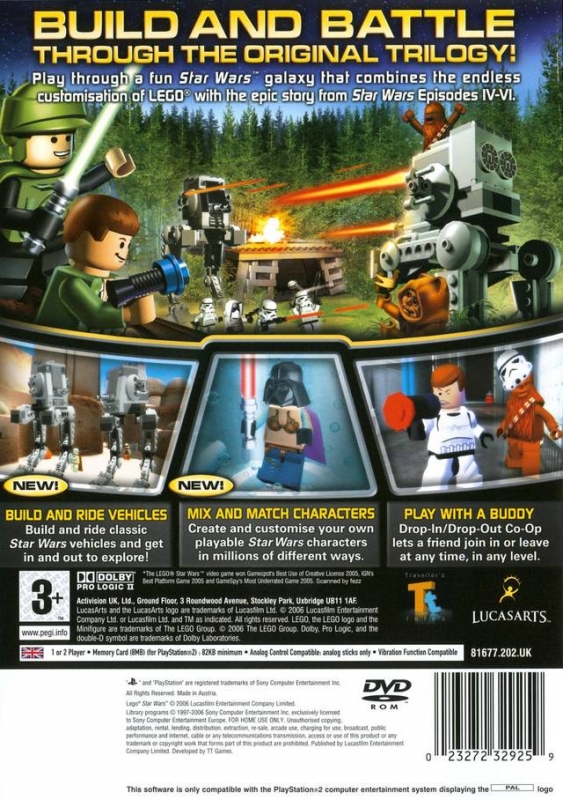 LEGO Star Wars II: The Original Trilogy takes the fun and endless customization of LEGO and combines it with the epic story, characters and action from the original Star Wars movies that revolutionized pop culture forever (Episode IV A New Hope, Episode V The Empire Strikes Back and Episode VI Return of the Jedi). With a unique tongue-in-cheek take on the Original Trilogy, LEGO Star Wars II follows the Rebel Alliance's crusade to dismantle the Galactic Empire and rebuild a galaxy in pieces. Build and battle your way through your favorite film moments, from Darth Vader's pursuit of Princess Leia aboard her Blockade Runner to a showdown on the second Death Star, as the game includes even more of the family-friendly LEGO action, puzzles and humor that earned the original LEGO Star Wars such popularity and acclaim.

And much more new to offer, it still has. For the first time ever, characters can get in and out of vehicles, as well as ride creatures. You can also mix and match the body parts of more than 50 playable characters to create one of millions of possible LEGO Star Wars heroes. And on console and Windows platforms, a game save from the first LEGO Star Wars can unlock another 50-plus additional characters for Free Play - that's more than 100 total characters! Other exciting additions include free-roaming vehicle levels that are no longer on rails, the ability to switch ships at will in Free Play, cool new character-specific attacks and maneuvers, playable mini-kit vehicles, an optional adaptive difficulty mode and more.