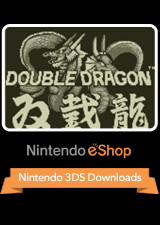 Fight your way through hordes of enemies to save Marian.

Join Billy as he fights enemies using various punches, kicks and throws, as well as a multitude of different weapons, in order to save his girlfriend, Marian. Many enemies – some with powerful weapons – will try to stop you from reaching the end of each stage, some with powerful weapons to defeat you with, but if you can knock them down, you can make their weapons your own. Various bosses will block your way at the end of each stage, but if you’re strong enough and possess the skills to defeat them, the path to Marian will be cleared for you. Can you defeat your enemies and save your girl?