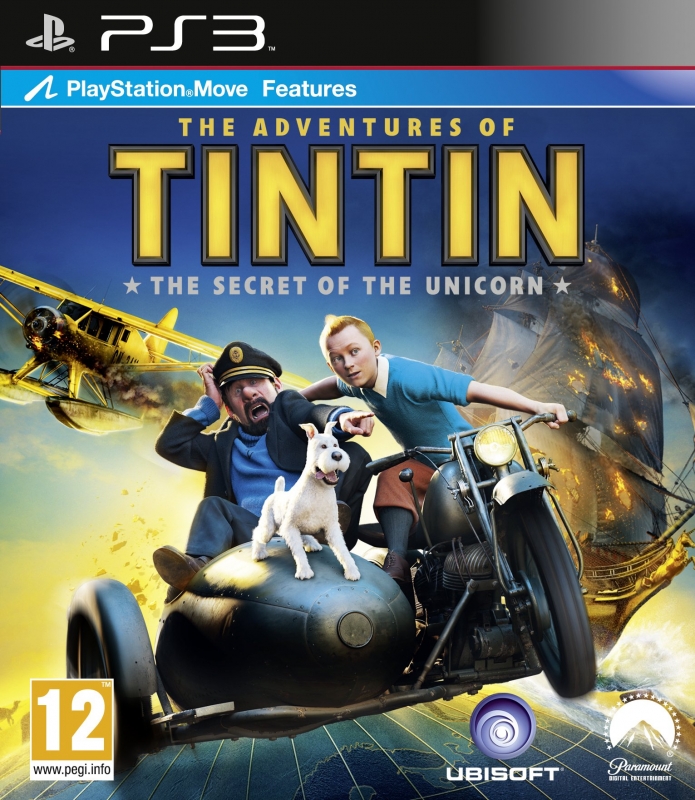 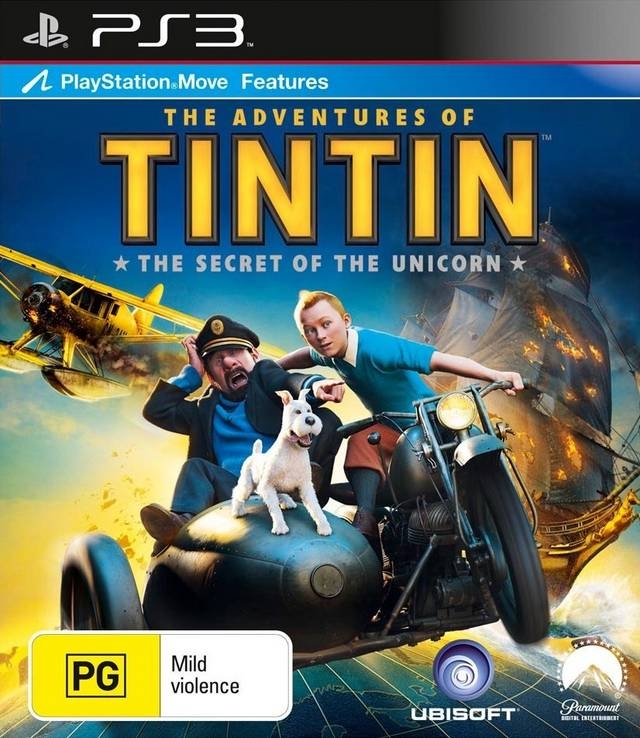 The Adventures of Tintin: The Secret of the Unicorn

The Adventures of Tintin: The Game (PS3)

Players will experience non-stop action and adventure as they investigate the mystery of a lifetime that may lead them to one of the greatest sunken treasures. But the quest won’t be easy and players will need to join forces with the quick-witted dog Snowy and the grumpy Captain Haddock to beat greedy art collectors, kooky arms dealers, and other crooks to reveal the truth behind the Secret of the Unicorn ship.

Key Features
EXPERIENCE THE ADVENTURE AND EXOTIC ENVIRONMENTS FROM THE ACTION-PACKED MOVIE
Play as Tintin, Snowy, Captain Haddock or three other unlockable characters, each with their own personality and skills. Travel the world and discover more than 20 environments from the movie and beyond, such as Captain Haddock’s ship the Karaboudjan, the moonlit deserts of the northern Sahara, the exotic city of Bagghar, and more.

PLAY SOLO OR WITH FRIENDS FOR ENDLESS FUN
Play solo and relive major moments of the movie through a variety of gameplay, from platforming to sword fighting to flying a plane. Share the fun in 2-player co-op mode: play together with your friends to help solve the mysteries! Experiment with your characters’ new skills, collect treasures, earn disguises and unlock new maps. Compete in Challenge Mode: For a little extra competition, play against AI in specific challenges. More than 20 hours of gameplay!

HUGE GAMEPLAY VARIETY OFFERING SOMETHING FOR EVERYONE
Pilot a plane through a rumbling tempest, drive a side-car in desert canyons, swim through underwater caves, sword-fight a 17th century knight, and solve puzzles on the trail of an incredible treasure, and more! Plus, play in the present and past as you discover various clues from Captain Haddock’s ancestors.

ENJOY ENHANCED IMMERSION WITH PLAYSTATION®MOVE AND KINECT™ FOR Xbox 360®
Play the adventure with your whole body or through intuitive gestures using PLAYSTATION®MOVE or KINECT™. The game can also be enjoyed without the Playstation Move motion controller or the Kinect sensor.

HIGH-QUALITY GAMEPLAY & VISUALS
Developed in close collaboration with the filmmaking team for over a year and a half, the video game features high-quality graphics, environments, characters and gameplay in line with the movie’s innovative graphics and production.