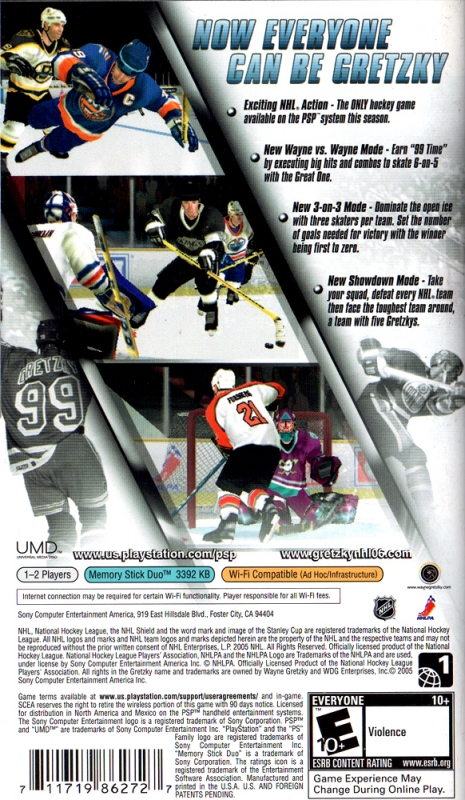 The only hockey franchise worthy of The Great One returns to the PSP® in Gretzky NHL ‘06. Blur the line between arcade and simulation in the new Wayne VS. Wayne Mode. Earn “99 Time” and have up to five playable Gretzky’s on the ice at once. Receive player attribute bonuses by playing as a team in the new Team Chemistry feature. Two additional new modes, NHL Showdown and 3-on-3 Countdown give gamers on the go fast and furious NHL™ action.