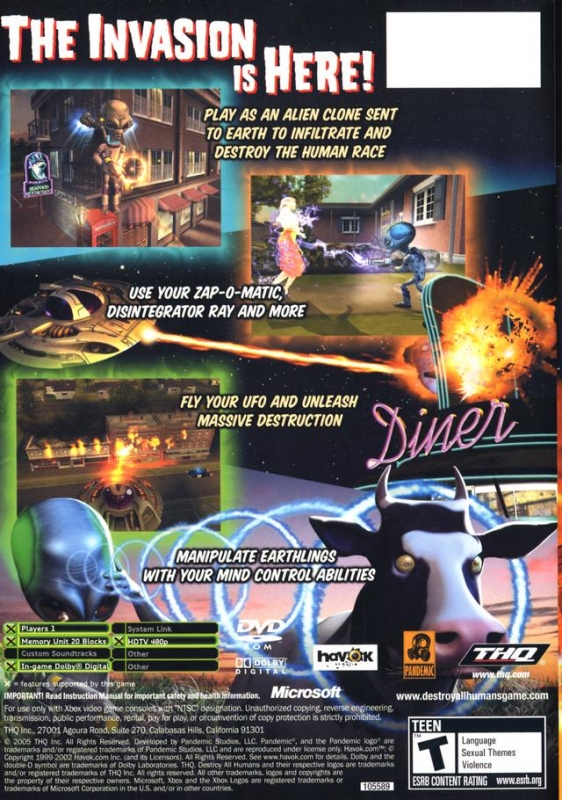 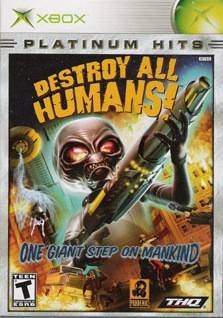 Use destructive weapons and innate mental powers to take on the most feared enemy in the galaxy - Mankind! Play as Crypto, an alien warrior sent to Earth to clear the way for the Furon invasion force.Your mission is to infiltrate humanity, control them, harvest their brain stems and ultimately destroy them. You choose the method — infiltration or disintegration!

* Turn the tables on the classic Alien vs. Humans storyline. In Destroy All Humans, play from the Alien perspective and finally know what it feels like to have the upper hand.

* Arm yourself with a variety of alien weaponry on land or in the air. Use the Ion Detonator, the Zap-O-Matic, the Sonic Boom, or even the Quantum Deconstructor to eradicate feeble humans.

* Take to the skies in your UFO, abduct animals, cars, and humans for research, or cause large-scale destruction.