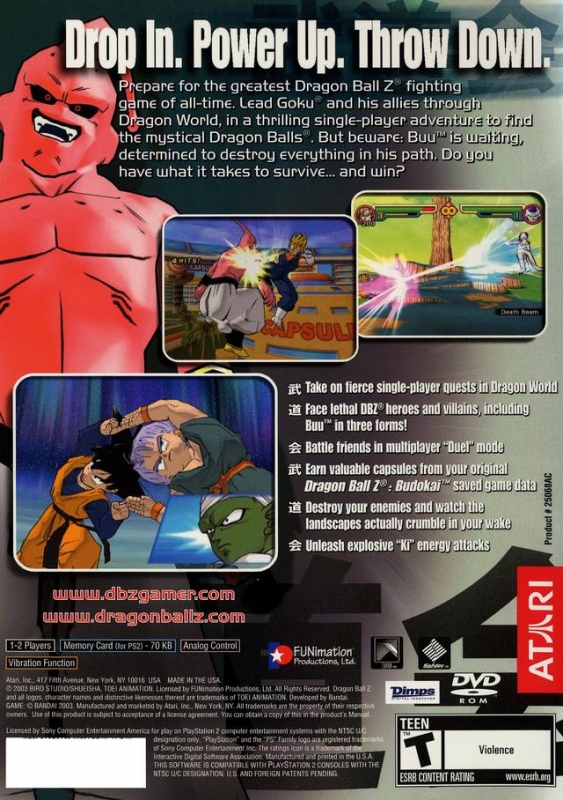 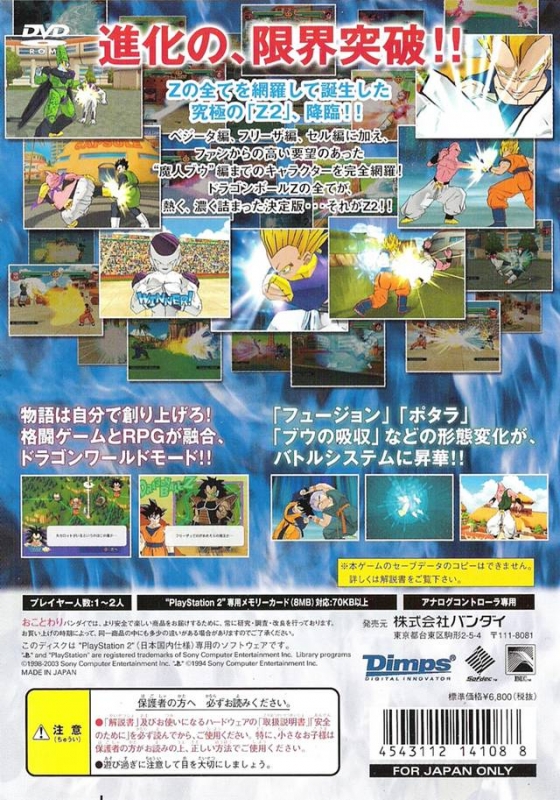 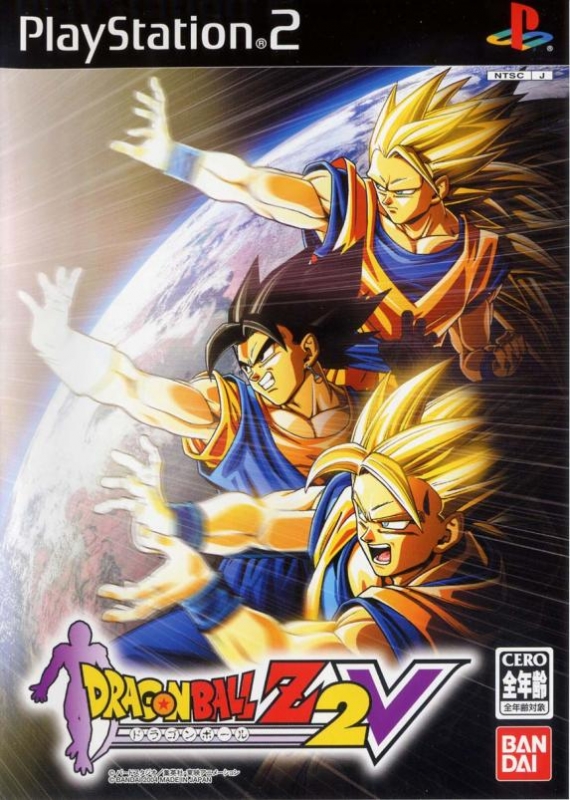 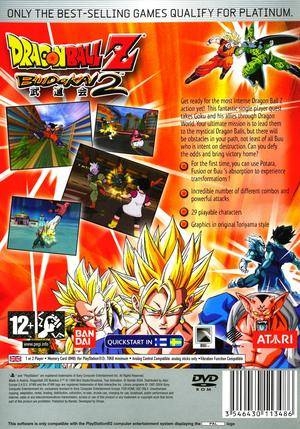 Budokai 2 is based on the same engine as the first game. It adds 11 new character to the 23 character roster, for a total of 34 fighters in all. A new addition is Dragon Mode. In it, players select from a roster of DBZ fighters, and Goku and his three-man team venture from territory to territory in search for Dragon Balls.

Lethal DBZ heroes and villains, including Buu in three forms.

Destroy your enemies and watch the levels actually crumble in your wake.