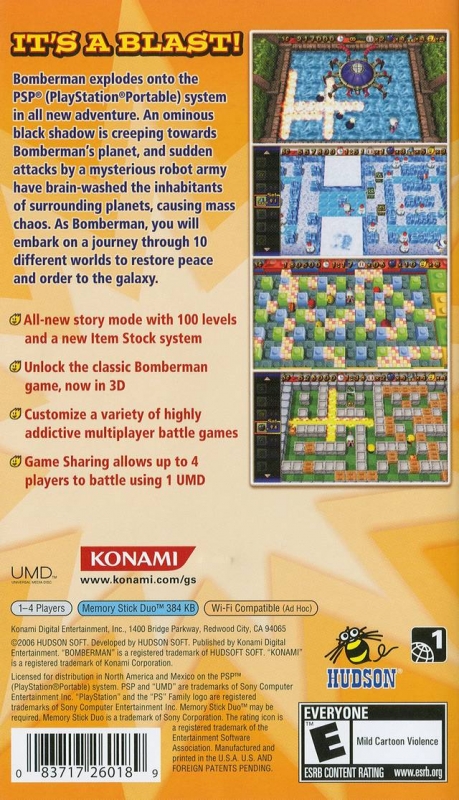 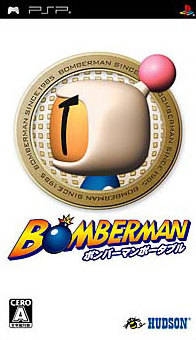 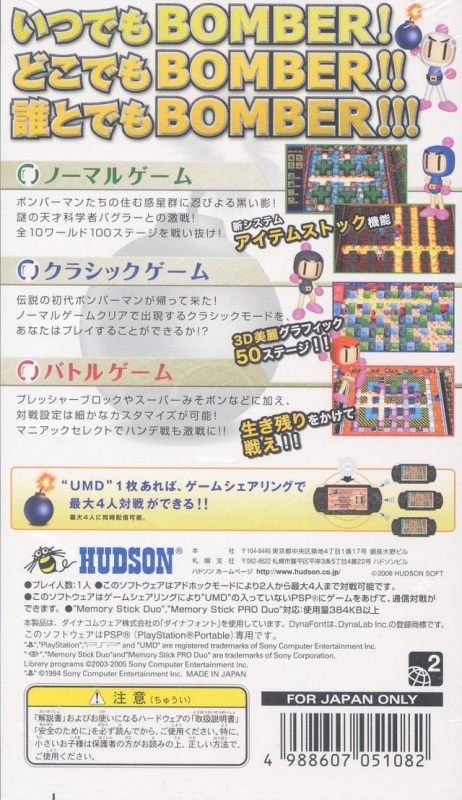 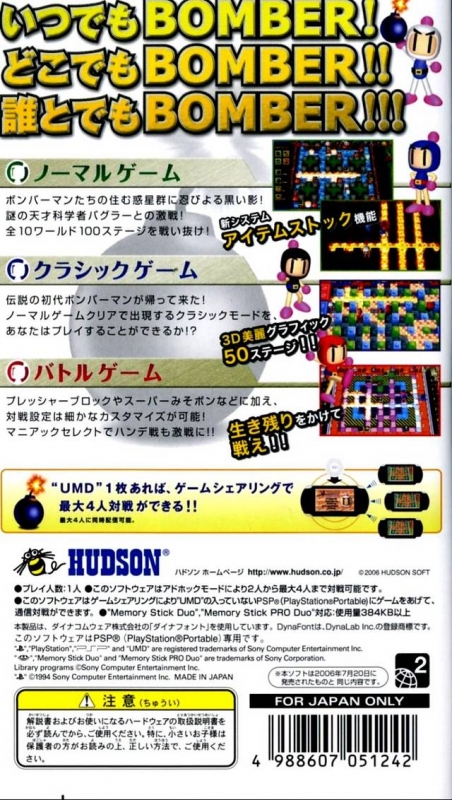 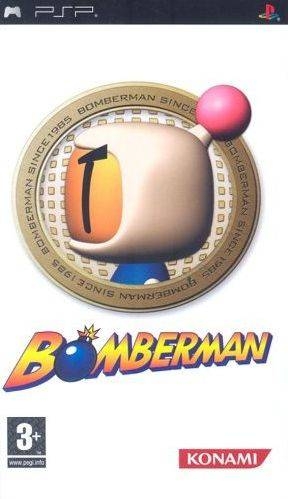 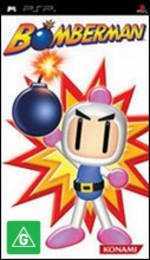 Bomberman debuts on PSP sporting his colourful cartoon guise, bringing the same cheeky gameplay tactics that have made his games famous, with new elements taking involvement to a superior level.

Fans all over the world have been voicing their excitement at the prospect of multi-player Bomberman played wirelessly via PSP. Frantic multi-player action is the core Bomberman experience, and there are 20 maps for up to four contestants. Basic multi-player can be enjoyed using Game Share off one UMD, but there are benefits if all players own the game.

The arsenal now includes bombs that take out a whole row of blocks, or those that spread fire across an area of the grid. Hilarious poisons inflict in such ways as reversing the player's controls, or dropping bombs involuntarily. Special abilities enable players to see through walls, and even walk through them, plus give extra strength to push many bombs at once.

Imaginative level design benefits both single- and multi-player aspects, and there are 100 to survive in 'Normal' story mode. Here the newly added ability to save items for later use increases the tactical scope, and could be the key to success. A further 50 levels of 'Classic' single-player Bomberman action, based on the very first game in the series, is also opened up to those players who can finish the 100 levels of Normal mode.