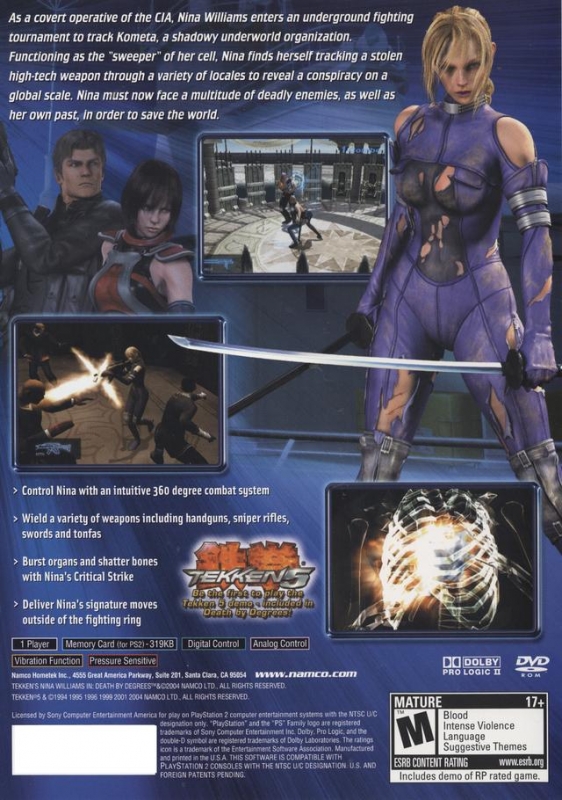 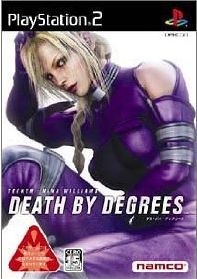 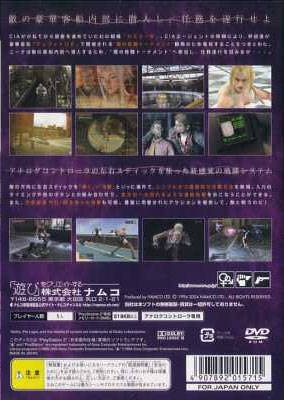 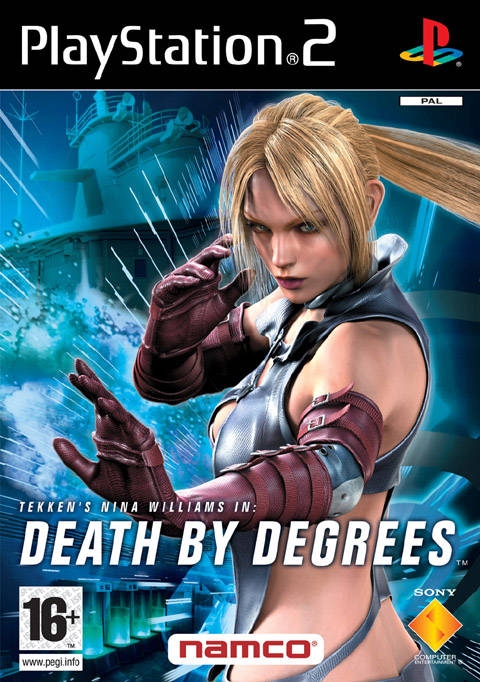 An action/brawling game starring Nina of the Tekken series. The story centers on an organization called the Camietta. A member of this group recently completed work on a super weapon called the Salakia and is intent on selling it to terrorists. It is learned that the upper ranks of the Camietta group will be appearing on a luxury cruiser in order to witness a fighting tournament. Nina and two other CIA agents board the ship in order to get to the bottom of things.

The game allows Nina to utilize stealth techniques never seen in the Tekken series and makes use of an innovative "Internal Damage" cinematic view where players can see by a simulated x-ray the weak points of enemies and the phyisical damage taken by a beating. Death By Degrees also utilizes a unique control scheme built completely around the analog sticks of the DualShock 2 controller.