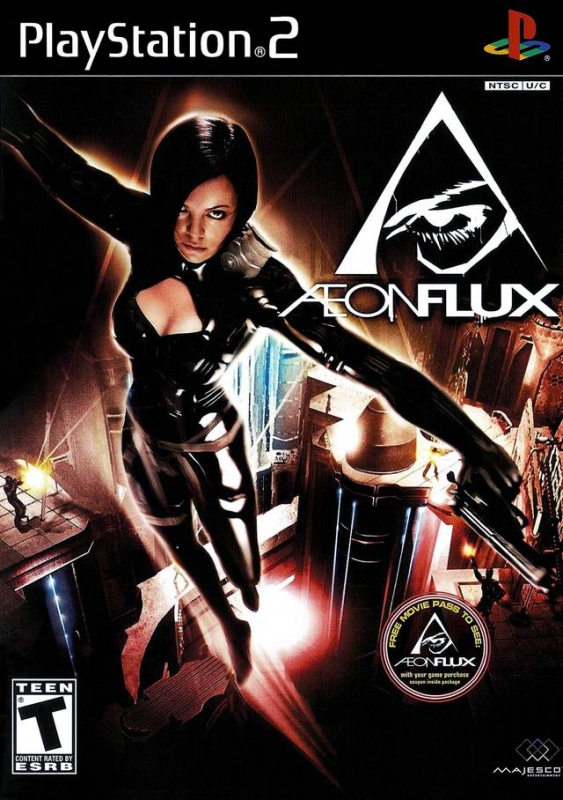 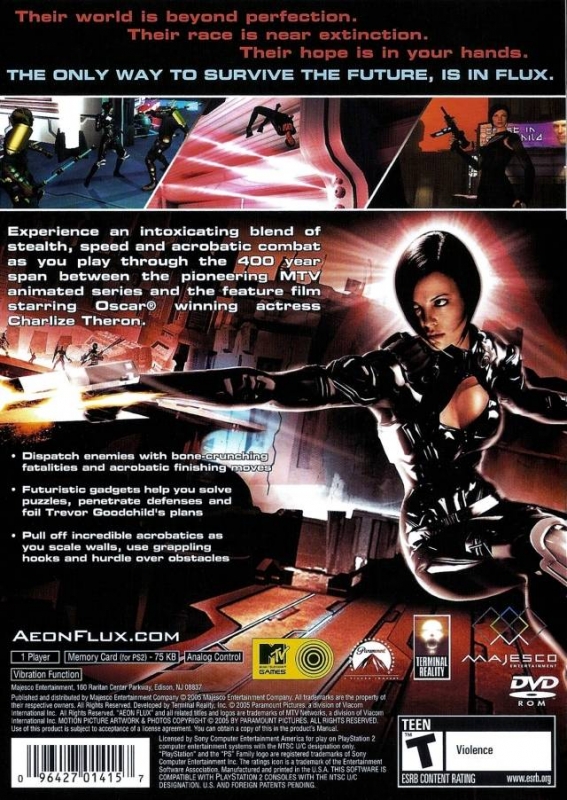 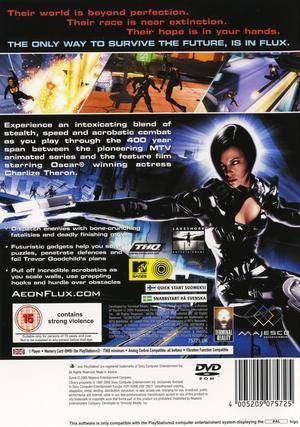 In this futuristic sci-fi thriller set 400 years in the future, Charlize Theron stars as Æon Flux, the top underground operative at war with the totalitarian regime governing what appears to be a perfect society. But is this perfect life hiding a perfect lie? Æon is on the front lines of a rebellion that will reveal a world of secrets.

Æon Flux invites players to take the role of the unbelievably lithe and lethal title character in her quest to rid a futuristic metropolis of sinister tyranny in a strange new reality.