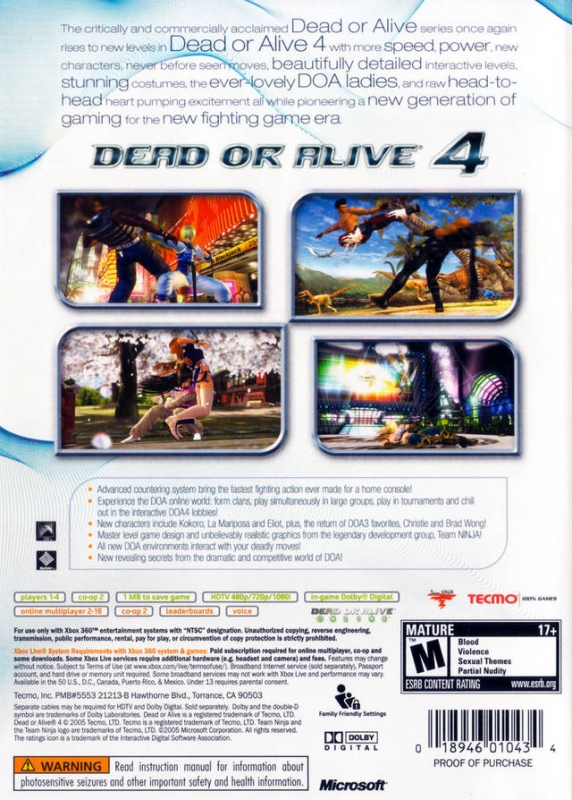 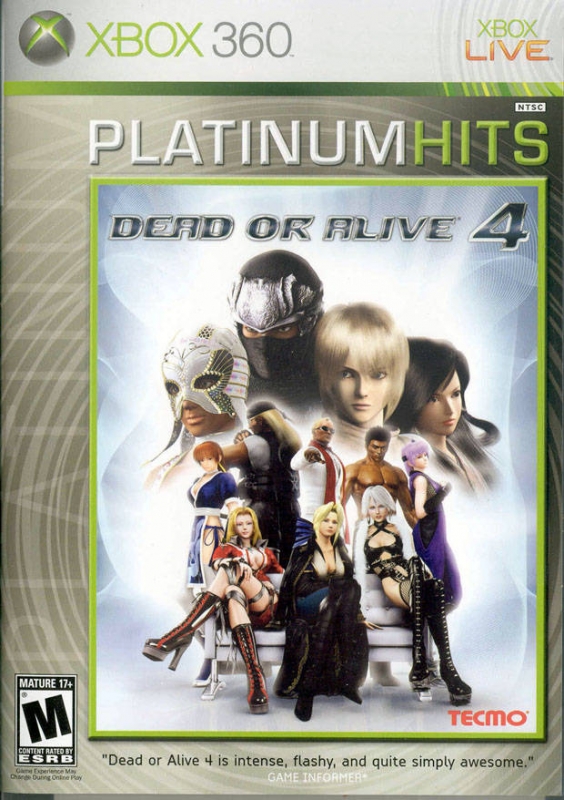 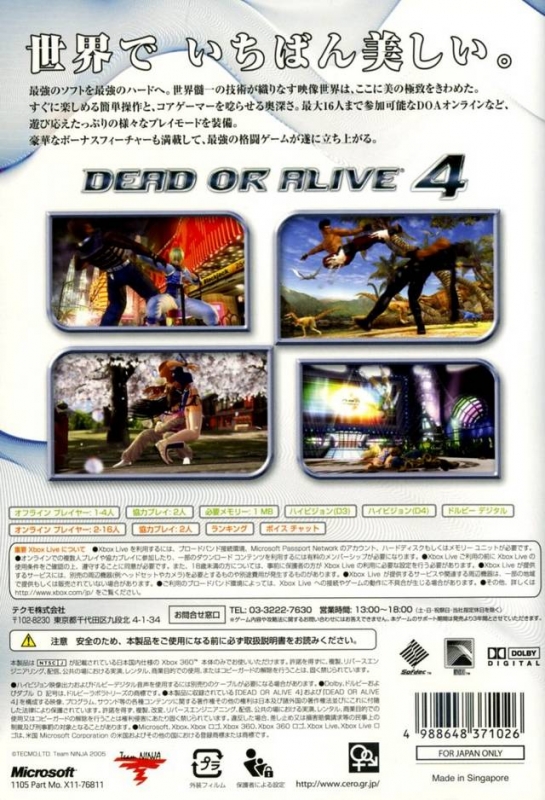 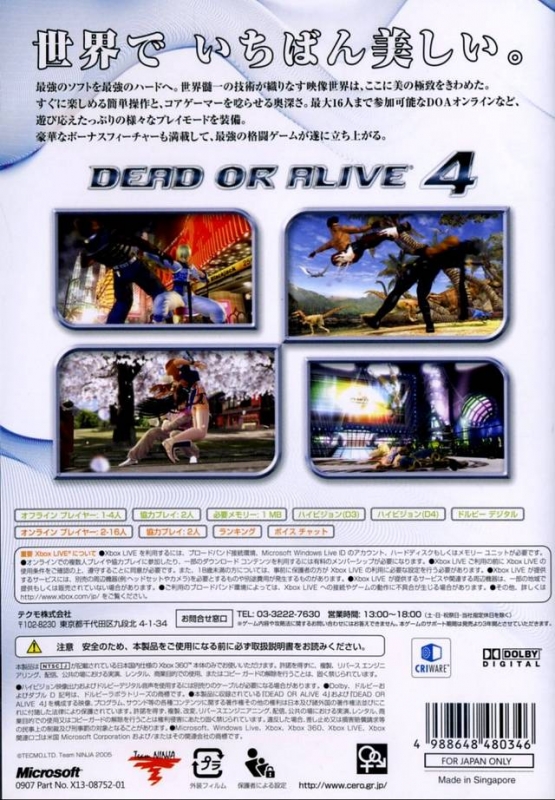 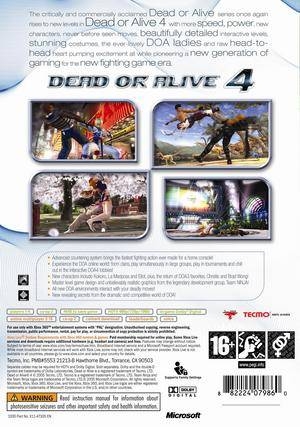 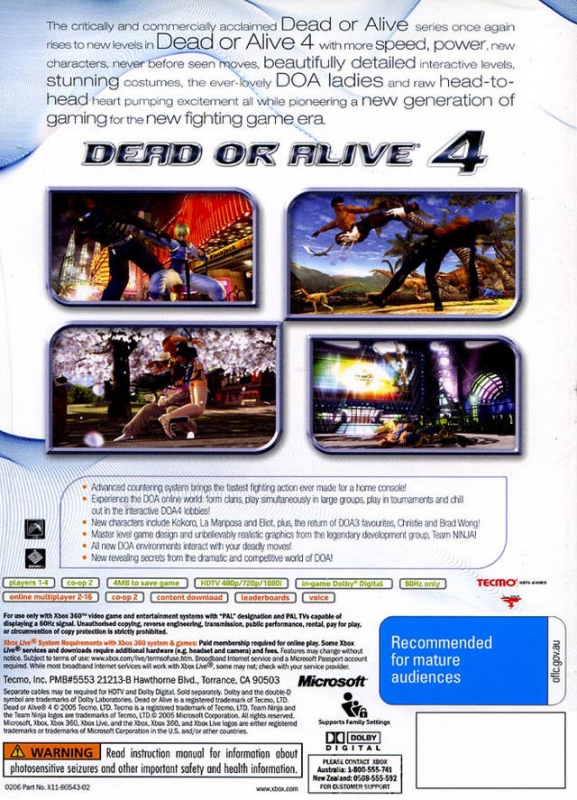 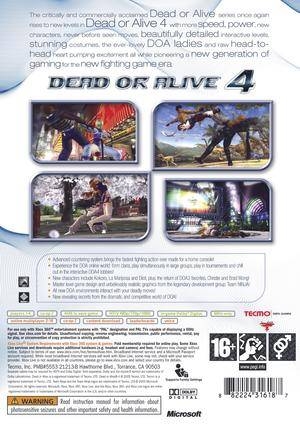 Taking advantage of the superior technology of Xbox 360™, Dead or Alive� 4 offers the defining gaming experience on the next-generation console. The game encompasses all that Xbox 360 has to offer, giving you the most rewarding digital fighting to date on any videogame console.

Dead or Alive 4 once again raises the bar in both online and offline fighting. By utilizing the advanced technology of Xbox 360 hardware, the game redefines 3-D high-definition graphics and sound, creating one of the most visually beautiful and realistic-looking video games available. Unsurpassed online capabilities via Xbox LIVE�, incredible new interactive stages, an all-star lineup of old and new favorite characters, and a complex DOA countering system all combine to create a must-have video game for Xbox 360.