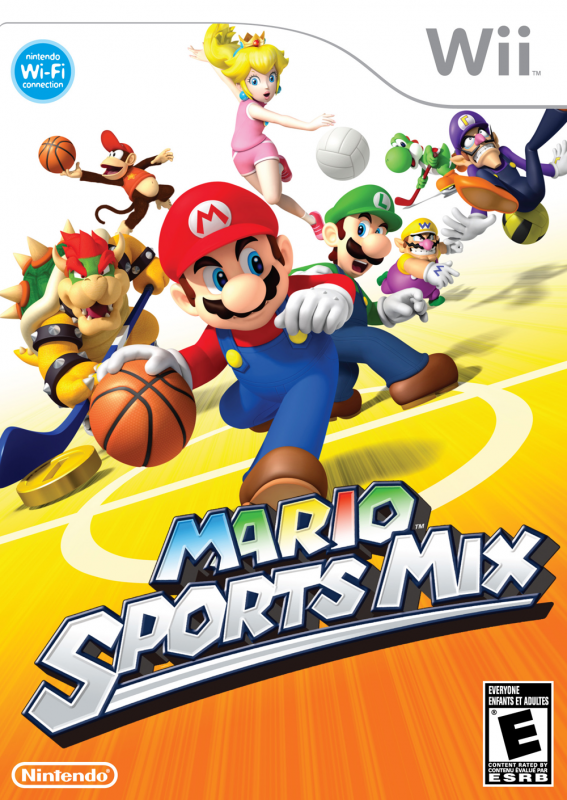 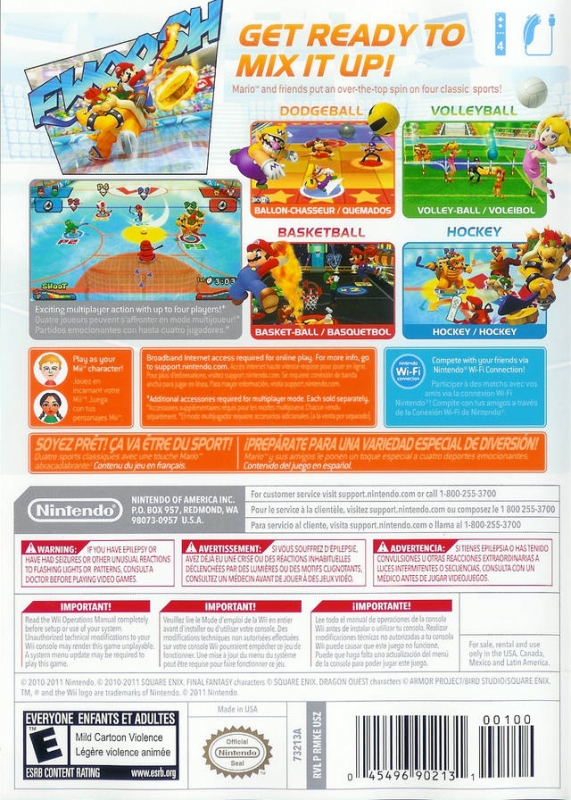 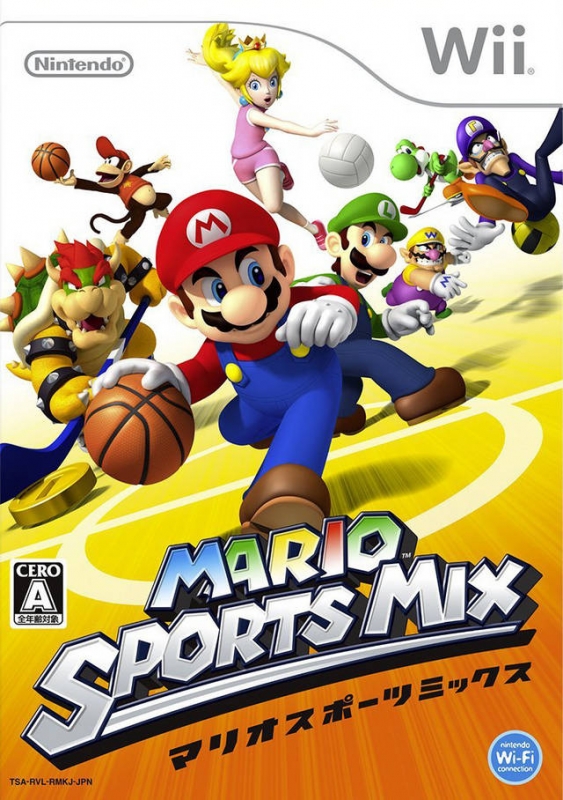 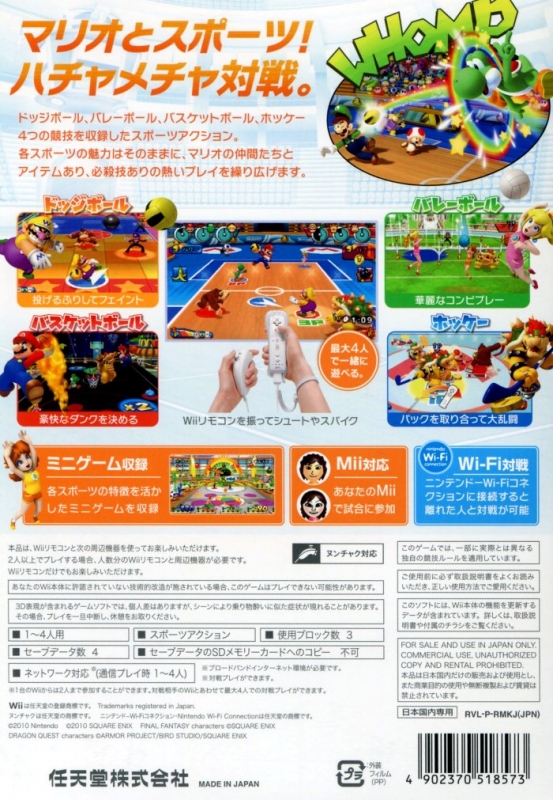 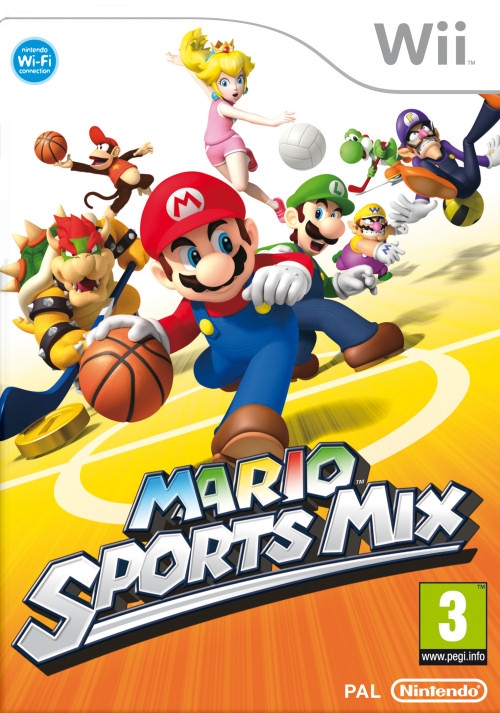 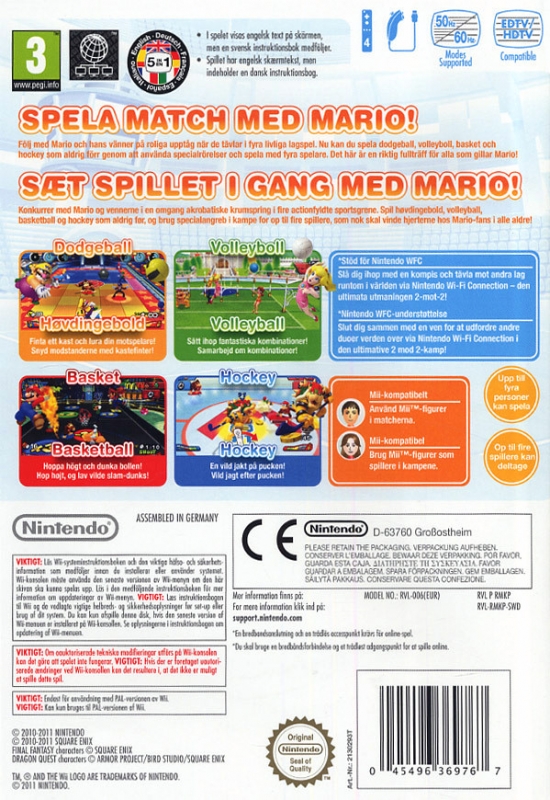 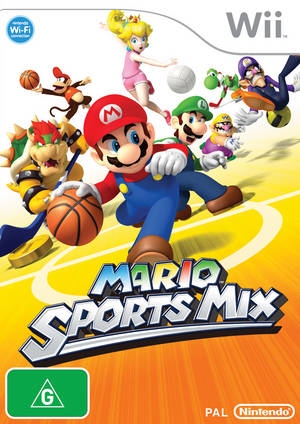 "Trade in those season tickets for something nice."

Come Out and Play – On Mario’s Turf
Four great sports make their move to the Mushroom Kingdom: volleyball, basketball, hockey and dodgeball. Having four complete sports in one complete package is a great value for Mario™ fans, sports fans and everyone in between.

The cast of Mushroom Kingdom characters get together to play sports – Mario style. While the basic rules of the games apply, each one includes some magical Mario twists like coins and special items that ramp up the craziness and fun.

While playing, gathering coins will build up bonus points. So when players score a point or basket, they also get the added bonus.

Players can also collect items to use against their opponents. For example, when the opposing team passes the basketball to each other, players can throw a Green Shell at the player to distract them while they receive the pass.

Each character has a signature move that’s almost impossible for opponents to stop. For example, when Mario’s unique special move is activated in basketball, Mario swirls into the air and dunks from anywhere on the court.

In the field of play, a variety of tricks will keep players on their toes. On DK Dock, the volleyball court will continually slide to the left and right. On Bowser Jr. Blvd, the basketball court has bonus circles that frequently appear, offering both positive bonuses or negative points that result in extreme point swings.

Play with friends and family at home or online! Up to four players can play cooperatively or competitively in two-on-two or three-on-three matches.*
* Additional accessories required and are sold separately.