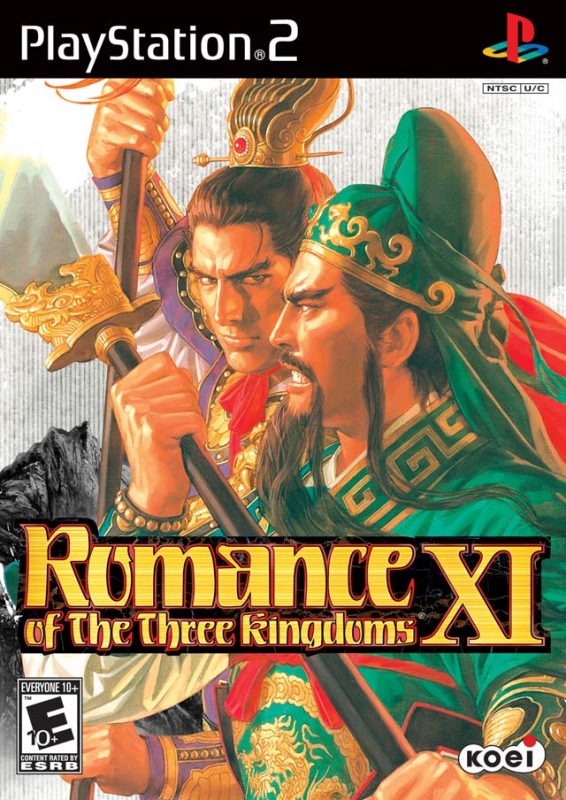 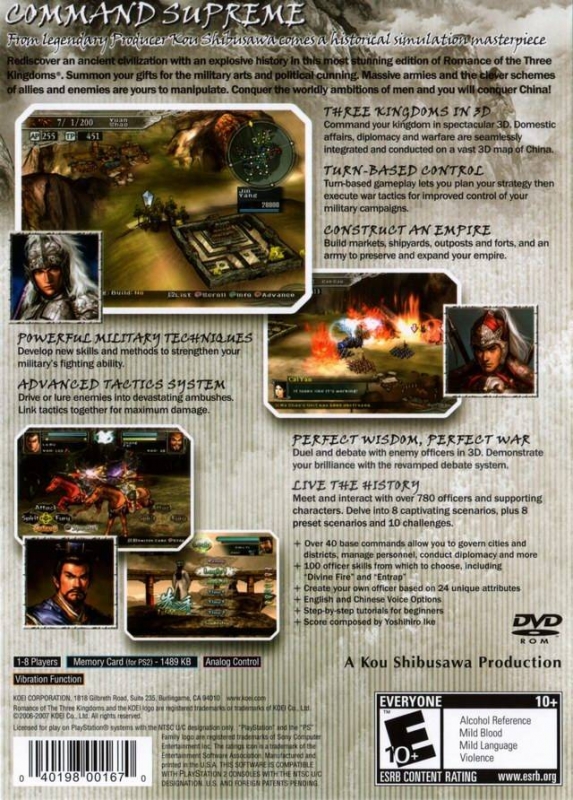 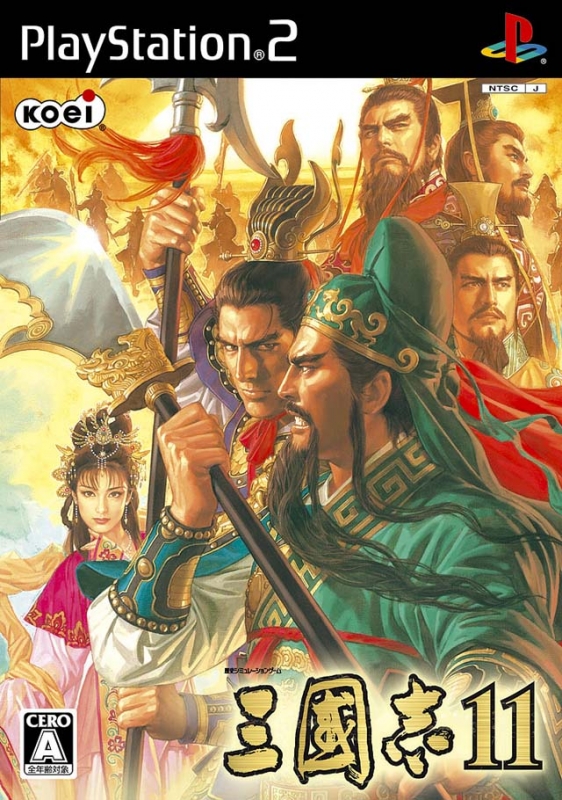 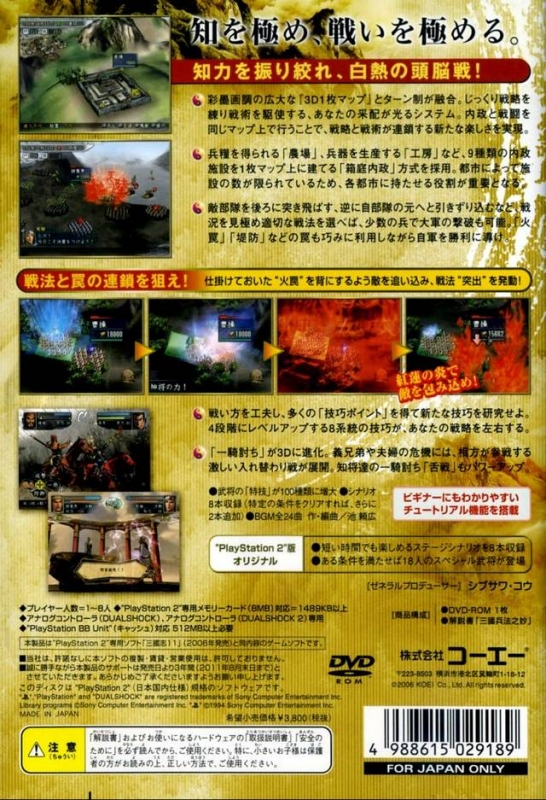 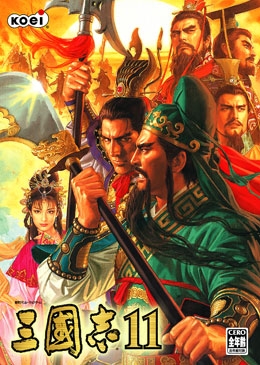 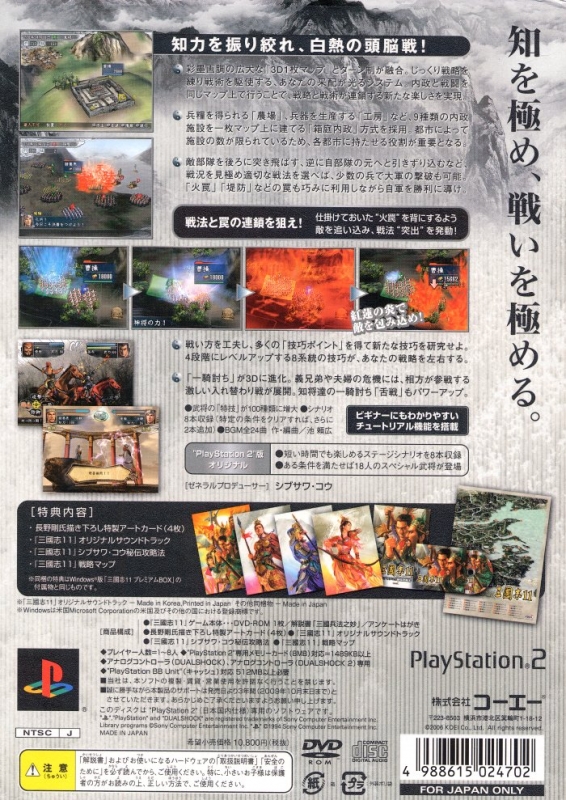 With Ancient China as the backdrop, Romance of the Three Kingdoms IX chronicles the events of 2nd and 3rd century, when a once grand empire fell into civil war. RTK IX is vastly different from previous games in the series. Most notably, players immediately assume the rank of a Ruler. Traditionally reserved as the highest rank in the series, the role of Ruler will test your leadership, management, and strategy skills.

Gameplay:
As a Ruler, one of the keys to maintaining authority is a strong corps of loyal officers, so RTK IX’s Officer Development System has been enhanced with a new point and item system. With the new point system, players earn points to increase officer abilities and skills. With the item system, certain items can further an officer’s development, heighten intelligence or improve his abilities in war. Players can now use save data from Dynasty Warriors 4, Dynasty Warriors 4 Xtreme Legends or Dynasty Tactics 2 to obtain a new officer.

RTK IX’s combat has evolved in many ways and takes place at a much higher tempo than previous games in the series. Players can handle political and military affairs at the same time, and as a result use diplomacy while under attack or shift strategies against enemy units in the midst of combat. Players can also build towers to defend bases or construct obstacles to hold back invasions. Furthermore, certain troop formations can activate specific tactics such as "Arrows" or "Crossbow," and with the new Tactical Combo System, players can set officer formations to unleash a barrage of tactics.

In addition to officers, foreign tribes are now a pivotal force and can help players protect their dominion. The "Wuwan", "Xi Qing", "Shanyue", and "Nanman" tribes have powerful armies, yet refrain from expanding their territories. If a player establishes relations with a tribe, the tribe may send reinforcements if needed. However, if the player declares war against them, the tribes may attack.
Features:
* New Personality Dependent System affects an officer’s response to player commands.

* 20 historical and fictional scenarios with multiple story endings and epilogues.

* Challenge Scenarios where players must clear a mission within a limited time.

* Over 30 different tactics and 12 military formations.

* A stirring score with 23 orchestrated pieces.

* Play with up to 8 characters at once.