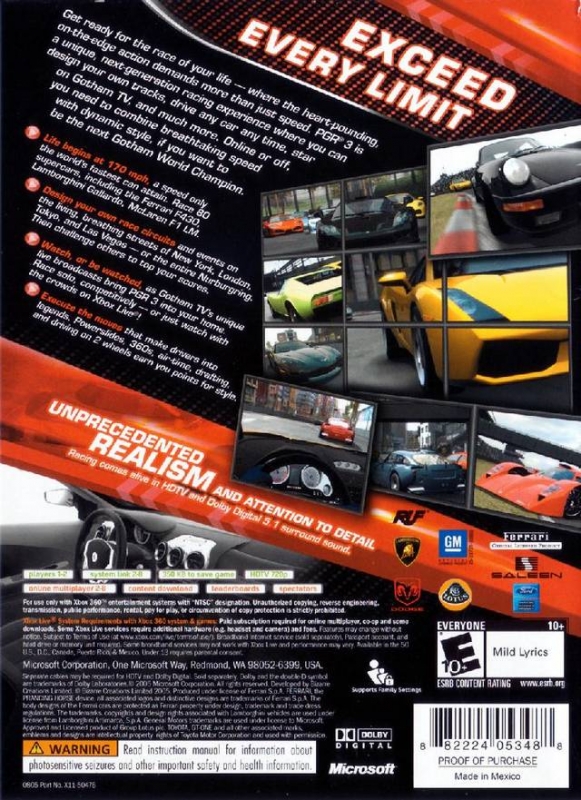 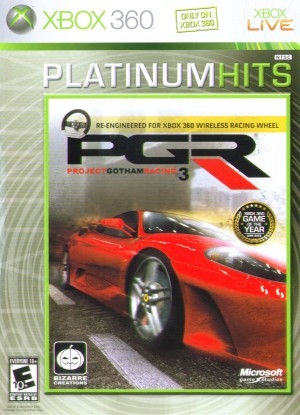 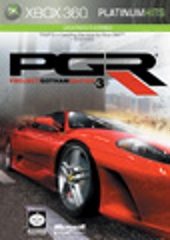 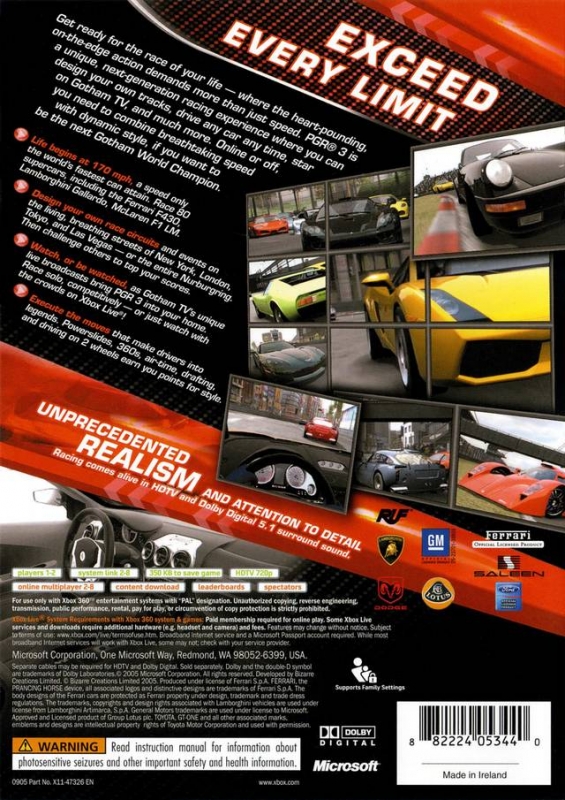 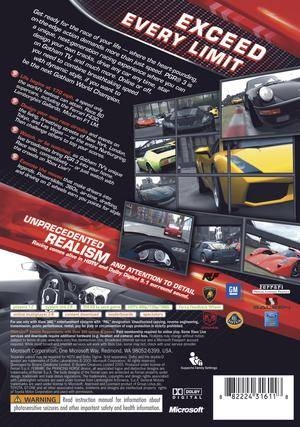 Project Gotham Racing® 3 creates the ultimate roster of the hottest supercars in existence, introduces them to the high-definition era, and drops them into a completely new gaming world, where style rules the road.

Define and create individually customized gameplay; race on or offline; and drive what you want, where you want. Drive with style and daring to earn Kudos in front of large crowds, and win badges to reward your skills in all areas of the game.

With a whole host of new racing modes, custom races, community support, and campaigns, PGR 3 takes advantage of the online advances Xbox 360™ has to offer.