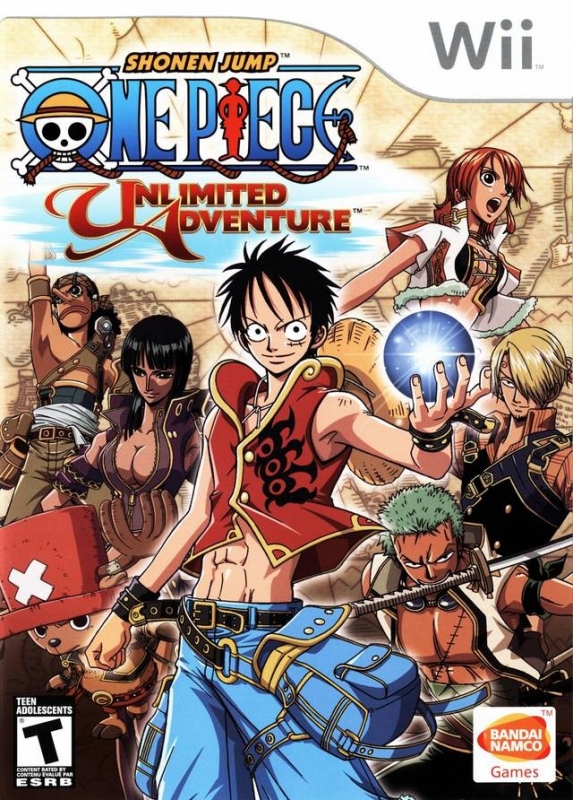 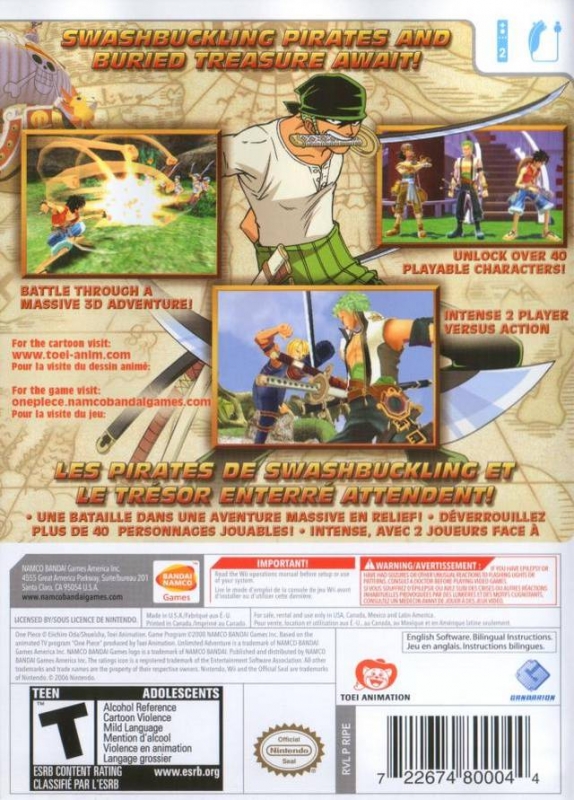 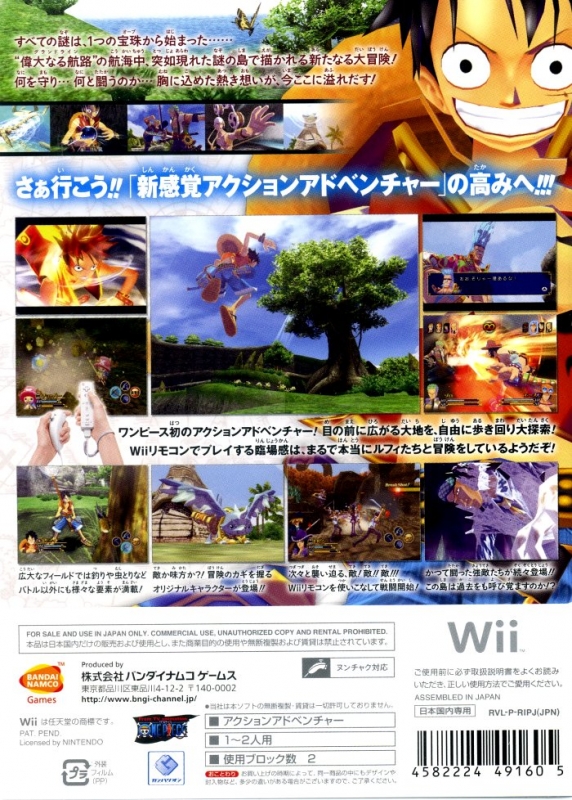 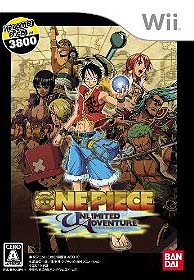 Avast ye land lubbers! Hoist anchor and set sail for a brand new One Piece adventure exclusively for the Wii™ Console. Join Luffy and the rest of the Straw Hat Pirates as they search for the ultimate treasure in a brand new quest.

After a massive island rises to the ocean surface from underneath their pirate ship, the crew finds itself stranded in a mysterious land. Assume the role of any of your favorite Straw Hat Pirates to explore the massive island, swashbuckle with powerful enemies and brutal bosses, and find out what hidden powers the island contains!