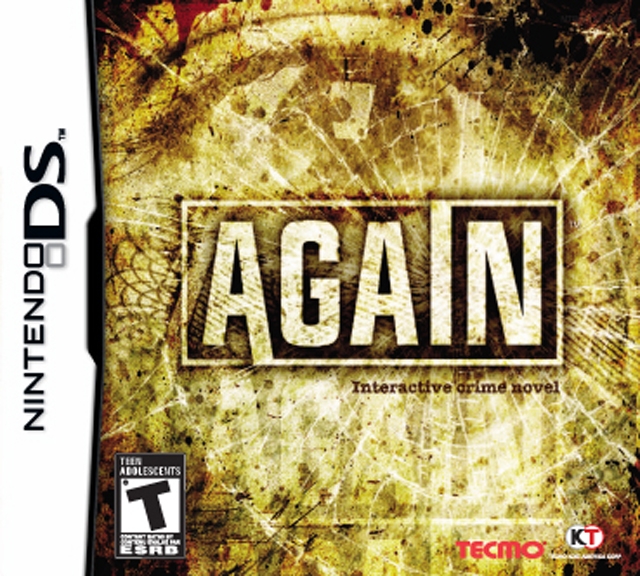 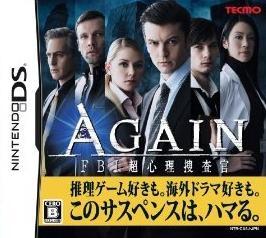 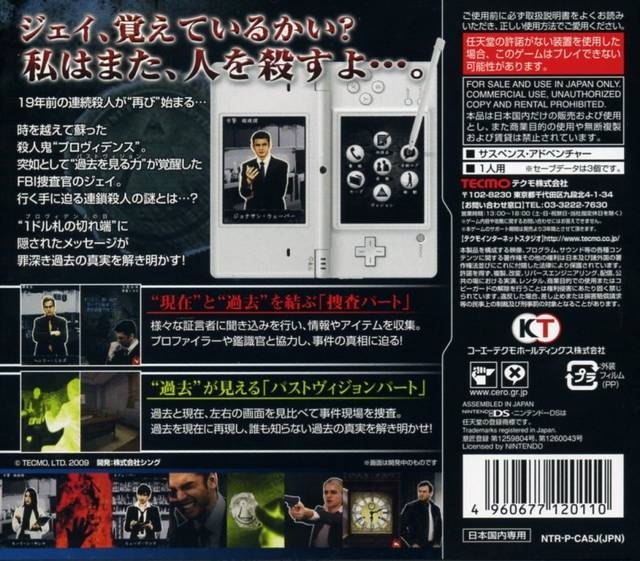 You won't want to play this again.

Throughout its extensive lifespan, the Nintendo DS has time and time again rejuvenated genres that gamers have been hard-pressed to find in this modern day love affair with all things action-oriented. Long thought to be a bygone relic of the 1980s and 1990s PC era, the text/point-and-click adventure fits the bill perfectly when discussing these rejuvenated genres, and the guys over at Cing have played an enormous role in the revitalization by outputting three different text adventure titles worldwide on the DS alone. This is why Again, the fourth (and what may very well be the last) title developed by the house that Trace Memory and Hotel Dusk built, is such a peculiar title. What had the potential to be one of the DS’s premier text-adventures somehow turned into a something of a disaster, and given Cing’s impressive track record, there’s really no explanation for the laughable narrative and subpar gameplay presented in their latest adventure effort.

Just as FPS are revered for superb online play, or racers are be lauded for its many tracks and varied vehicles, text adventures are typically remembered purely for their narrative, even if the resulting gameplay isn’t quite up to snuff. Unfortunately, Again offers possibly one of the worst storylines to ever hit a DS text-adventure. Gamers take over the role of Jonathan “J” Weaver, an FBI agent in the present day fictional city of Clockford. Plaguing the city are several killings that closely resemble murders from 19 years prior, as each victim is left with a cut out picture of the Eye of Providence out of a dollar bill sitting next to their corpse. As sole survivor of the slayings that occurred 19 years ago, J feels a special obligation to track down and bring the “Providence” mass murderer to justice by utilizing an extraordinary power that allows him to see crime scenes as they were both 19 years back and as they currently are in the present. Sure, it’s a pretty run-of-the-mill murder/mystery sequence-of-events, but it’s all made much worse when the game fails to even give a plausible explanation as to how J acquired his sixth sense in the first place.

All can be forgiven if the supporting cast is a vibrant bunch, can’t it? Well, maybe, but “vibrant” or even “bearable” are traits that these characters are definitely not. What made titles like Hotel Dusk so fantastic was not only the outstanding plot, but the realistic and lifelike way in which each character spoke; it really seemed as if you were conversing with a real life individual, complete with their own personality quirks and mannerisms. Whether the fault lies with the original developers or the localization team remains to be seen, but none of that kind of realism ever resonates in Again, with dialogue trees sounding downright dull, robotic, and altogether short with one liners such as, “sure,” “yes,” or “why,” being relayed much too often. Adding insult to injury is the fact that you spend far too much time in these dialogue sequences, at least 90 percent of your time spent playing the game, with almost zero chance for any sort of dialogue interaction at all. If you allow yourself to suspend your sense of belief, the twists and turns presented throughout the unfolding story can make these snooze-worthy instances worth it, but you will likely begin to ask yourself if you are really even playing a game. And then the game’s horribly cheesy presentation will remind you that you are.

Aesthetically, Again takes a very unique approach in the way that it handles its large cast of characters. Rather than simply creating characters via animation like just about every other game would, Again actually utilizes real-life actors. Each actor not only plays the role of a specific character, but comes complete with their own different facial expressions for different situations, as say, Kyle Hyde from Hotel Dusk would bear a puzzled expression one moment, and then the next a calm and collected one. The resulting look for the game really couldn’t have been any worse. It seems as though Cing intentionally hired some of the goofiest, most ridiculous actors that they could find, with each and every actor completely over-acting every sequence. It totally disrupts any moodiness that Again attempted to bring to the table, because everything looks like it was taken out of one of those live action FMV titles from the 1990s rather than a mystery adventure title in 2010. If there’s anything good to come out of the decision to go completely live-action it’s that the cutscenes (of which there are plenty) can actually be a joy to watch and it’s a bit refreshing to actually see some of these actors moving about instead of conveying recycled expressions all of the time.

So what is the gameplay like during that 10% of time not spent reading dialogue? Much like Hotel Dusk or Brain Age, the title requires the DS to be held “book style”, on its side. Essentially, in order to solve the mysteries that are peppered about Again’s complicated plot and to ultimately track down Providence, players will harness protagonist J Weaver’s ability to see crime scenes both from the past and the present. For example, if J were browsing through a room in 2010, that room would appear in its present day form on the right DS screen (the touch screen) from a first person perspective. On the left screen that same room would appear exactly as it would have 19 years ago. In these sequences, it’s your job to uncover the differences between the two visions, and click on them via the touch screen in order to uncover what happened during both times and how each event from the past intertwines with the events of the present day. Unless you really like spot-the-difference-like games, all of this grows old quickly, and a variety of faults turn what is already a boring experience into a frustrating one. Moving J around by way of the D-pad feels terribly slow, and turning by sliding the stylus about the touch screen never escapes the realm of clunky. What’s more, is that the game is extremely picky when it comes to what’s actually different, that is, two objects may appear to be different but the game will count that as a strike against you because the two objects in question don’t affect the narrative in any way.

If you can walk away saying “this was handled particularly well,” about anything offered in this adventure title, it’s that when the game is actually presented in a graphical format, it looks fantastic given the DS’ hardware capabilities. Although you’ll only get to marvel at the title’s visuals during the difference-spotting segments, you’ll no doubt be impressed by the realistic environmental designs and the assortment of colors strewn about. This is actually one area that Cing may have improved upon from Hotel Dusk, which was known for its graphical prowess. Everything else, whether that be the forgettable soundtrack or bland backgrounds, don’t add anything else to the experience.

Edging out at about ten hours, Again lasts a decent length given the genre. However, it’s up to you how much time and patience you’re willing to shell out. And like the issues sprinkled about its plot, cast of characters, and gameplay, the ending really couldn’t have been more disappointing. And that’s really the word which sums up this game – disappointing. I once thought of Cing as a talented development house, but Again really couldn’t have disappointed any more than it does in its current state. This really could be the final game ever released by the now bankrupt developer, and it’s painful to watch unfold. But, no matter how unfortunate it is that a title as undeveloped as Again may be the studio's last game, it doesn't change the fact that as a developer known for their extraordinary talents in text-based gaming, Cing sorely screwed this one up.