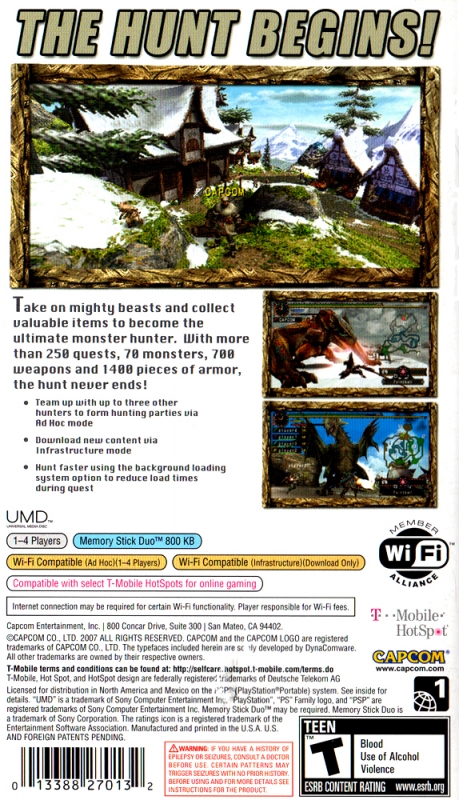 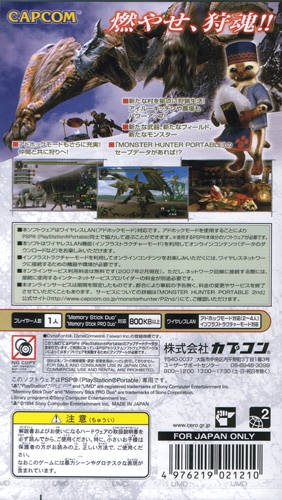 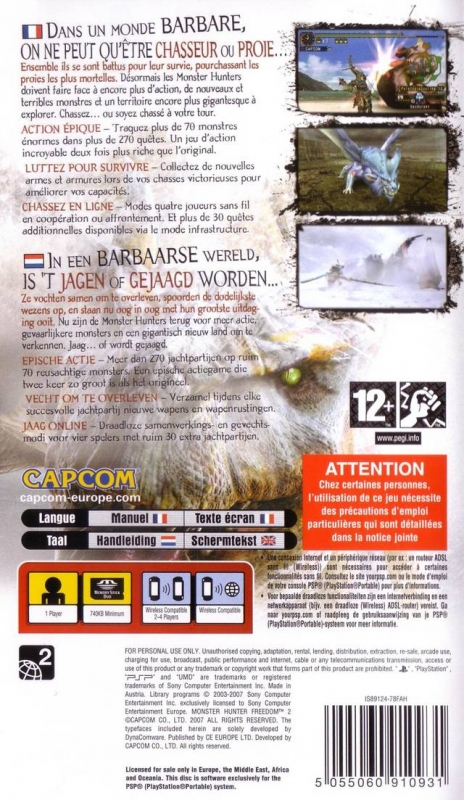 The long-awaited sequel to this addictive adventure game is now available on the PSP® system! Play alone or team up to battle beasts in breathtaking environments. Take on Hunting Quests to bring down the greatest of beasts, or Gathering Quests to collect items to bring back to base camp!