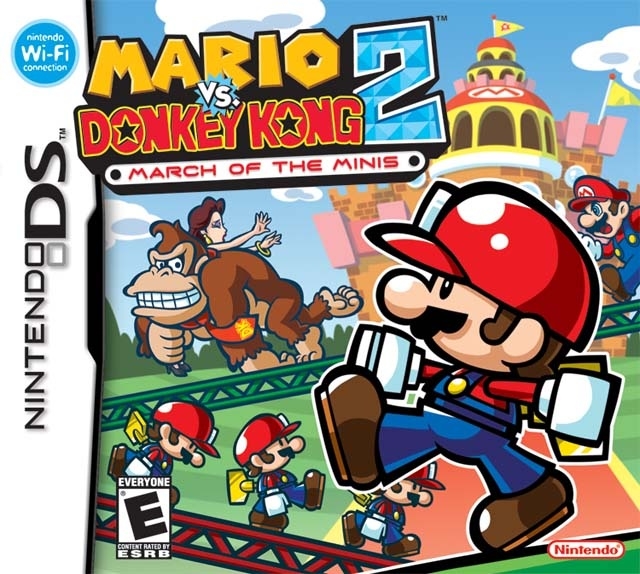 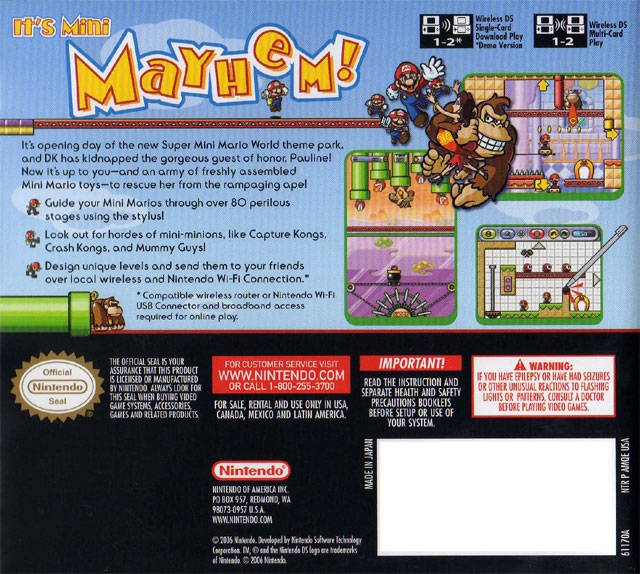 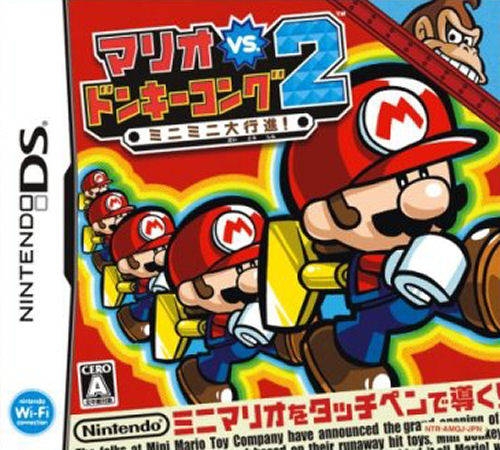 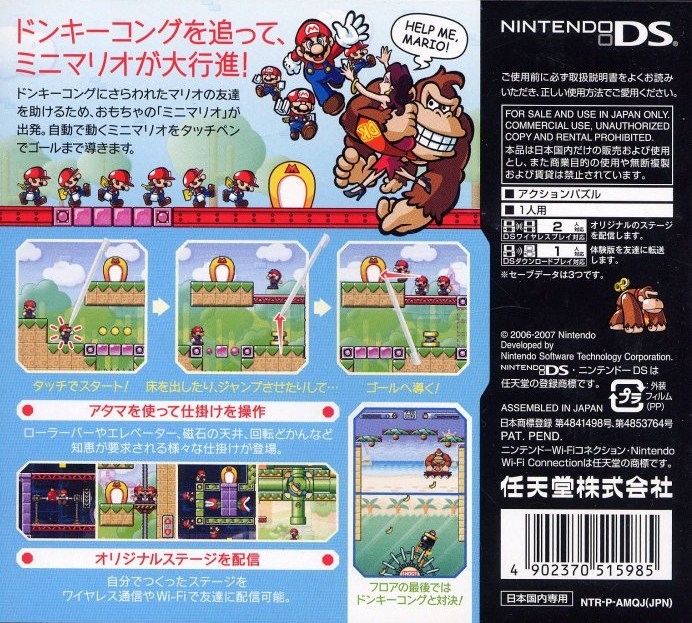 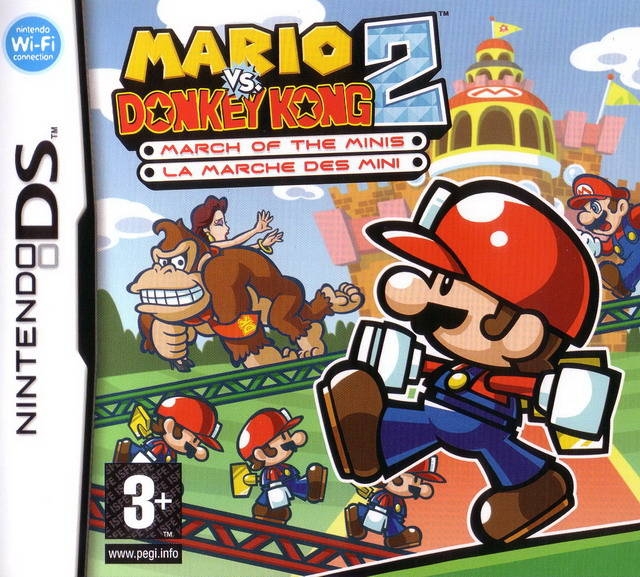 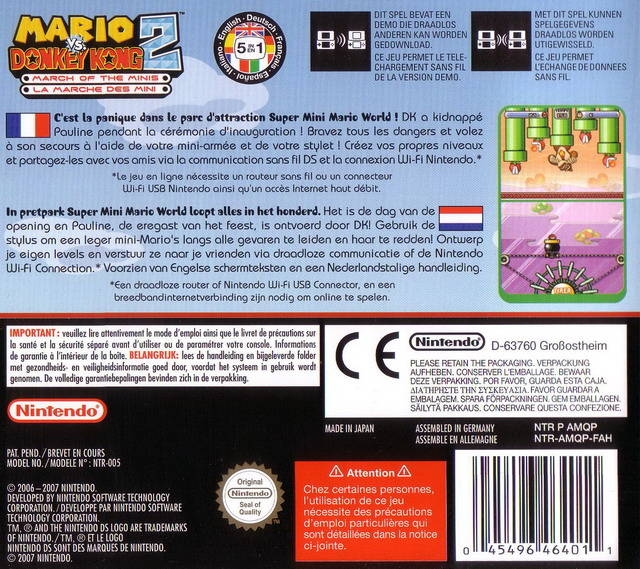 Mario vs. Donkey Kong 2: March of the Minis (DS)

Pauline, is that you? Plenty of surprises await in Mario vs. Donkey Kong 2: March of the Minis.

It seems folks love those Mini Mario toys. So much so that the Mario Toy Company has expanded the line to include Mini Donkey Kong, Mini Toad and Mini Peach figures to the series. With all these toys bringing him more money than he knows what to do with, Mario decides to fulfill his lifelong dream and open a theme park called Super Mini Mario World.

The opening-day crowd includes Pauline and Donkey Kong, who immediately falls head over heels for the lovely lass. The proud ape tries to show off his Mini DK toy to Pauline, but she picks the Mini Mario toy over his and the jealous Donkey Kong becomes enraged. He smashes the displays, destroys the toys and takes Pauline to the top floor of the amusement park. Players must find Pauline and save the day

.For more information on this game's Wi-Fi capabilities, visit this game's hub on the Nintendo Wi-Fi Connecton web site.