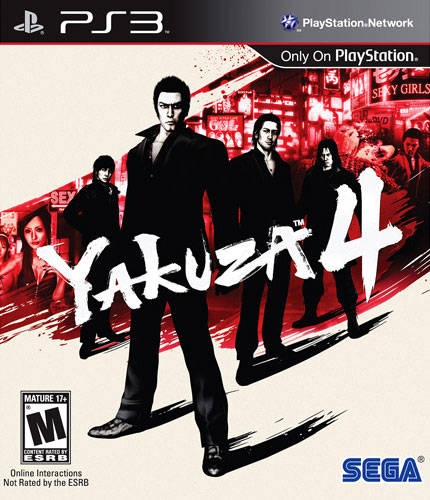 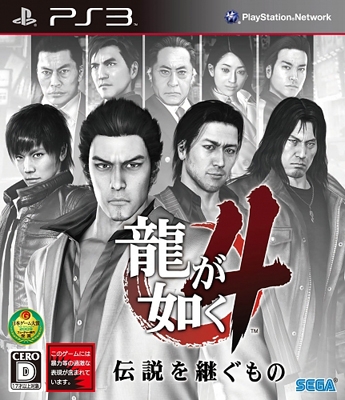 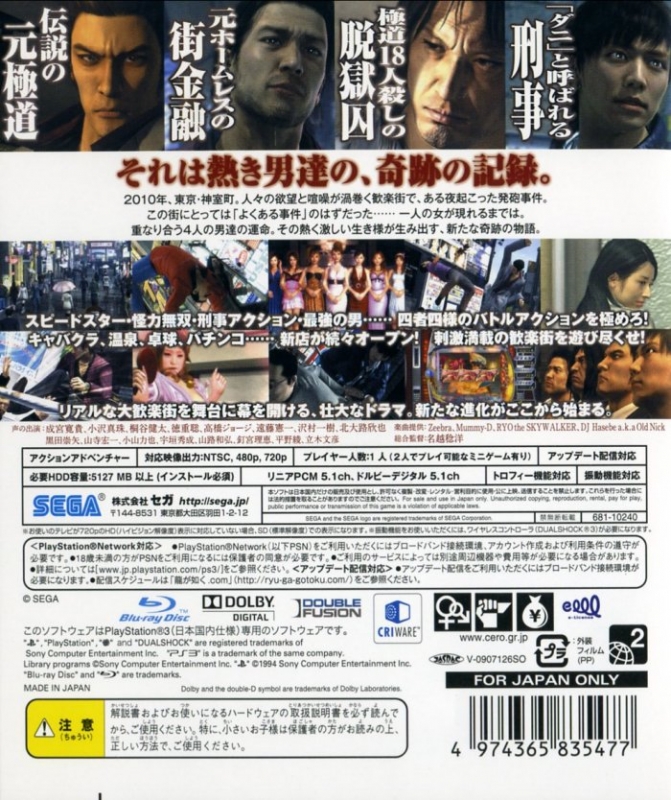 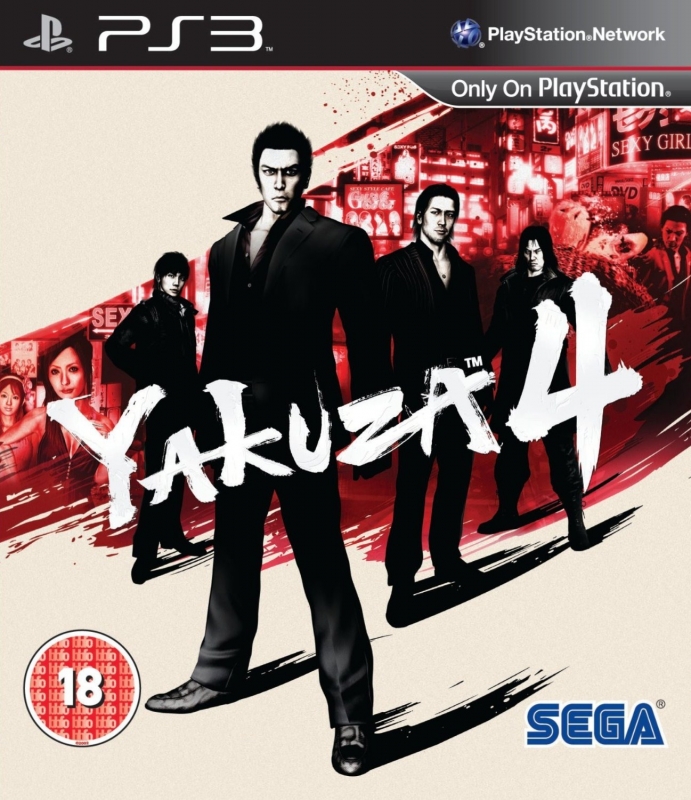 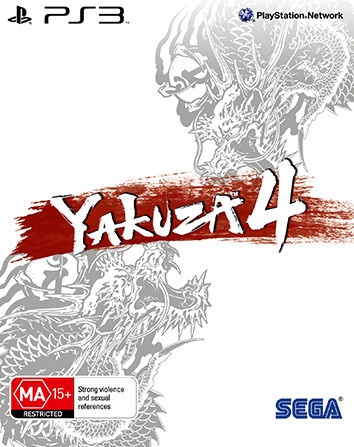 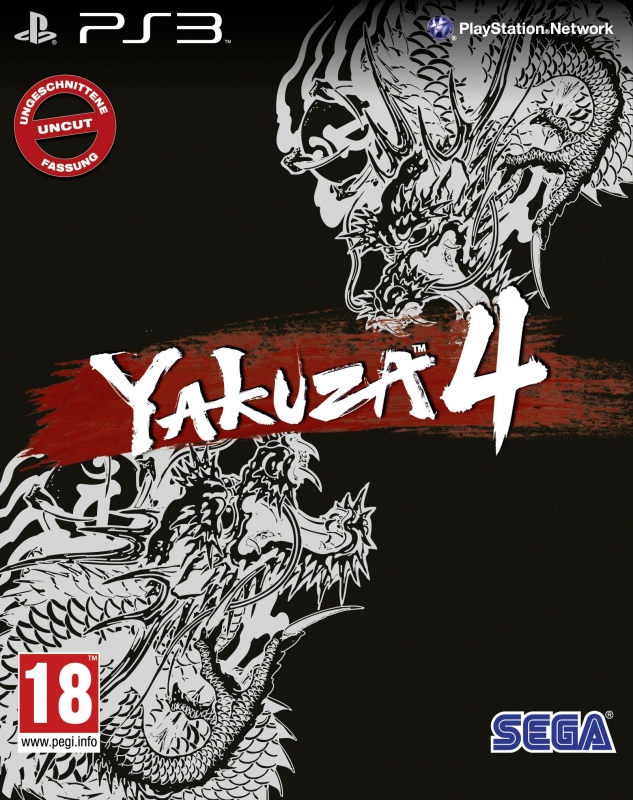 Yakuza 4 picks up the story of Yakuza 3 one year later and takes the player back to Tokyo. The story starts when a man is shot to death in the ruling territory of the Tojo Clan, the organisation that has featured in all games in the series to date. A small gang which belongs to Tojo Clan try to establish what happened and their leader is soon found stabbed to death. These events cause a heated battle between four men over money, power, status and honour. The truth becomes apparent as the lies, betrayals and entwined stories are revealed and when these 4 unflinching men get together, the new legend of Kamurocho is born.

• Experience the Japanese underworld under the guise of 4 characters - it would not be a Yakuza game if you couldn’t still play as Kazuma, but now play as three of the other key characters from the franchise. Each character has different missions and allows the player to explore the city from different viewpoints and engage in the Japanese underworld more than has ever been seen before.

• Authentic replication of Tokyo – In addition to the bright lights of downtown Tokyo, players can now go into the depths of the intricate underground, explore the backstreets of the city and take in the views from the rooftops of buildings.

• Deep Japanese story – an intricate storyline that incorporates all aspects of Japanese culture including hostess bars, karaoke and city exploration.