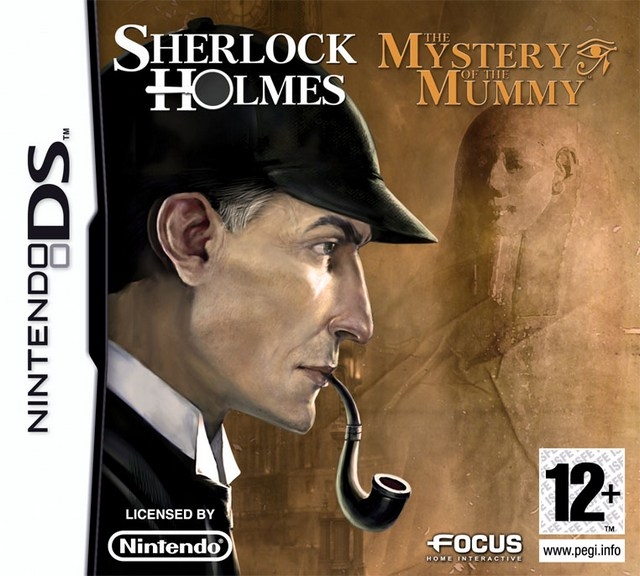 Sherlock Holmes: The Mystery of the Mummy (DS)

Become Sherlock Holmes as you embark on a remarkable adventure. Investigate the mysterious case of a missing archaeologist and a valuable Egyptian mummy in turn-of-the-century England. What begins as a simple case quickly becomes a web of intrigue, robbery, priceless artifacts, and murder.

Your skills as an investigative sleuth will be tested as you attempt to uncover the truth behind the mystery, while exploring the many rooms of a large Victorian mansion, solving the many puzzles and riddles that you will encounter. Uncertain leads, an illusive saboteur, the disappearance of an ancient mummy, a strange murder… the plot thickens.