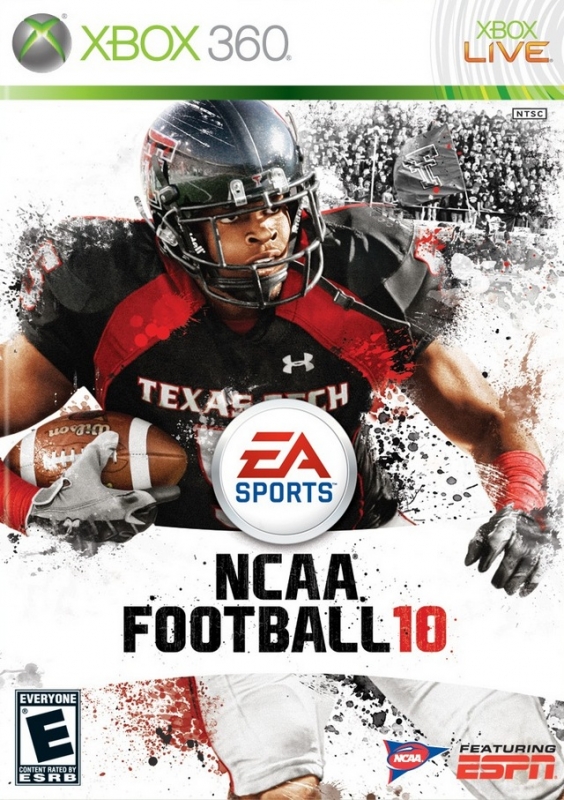 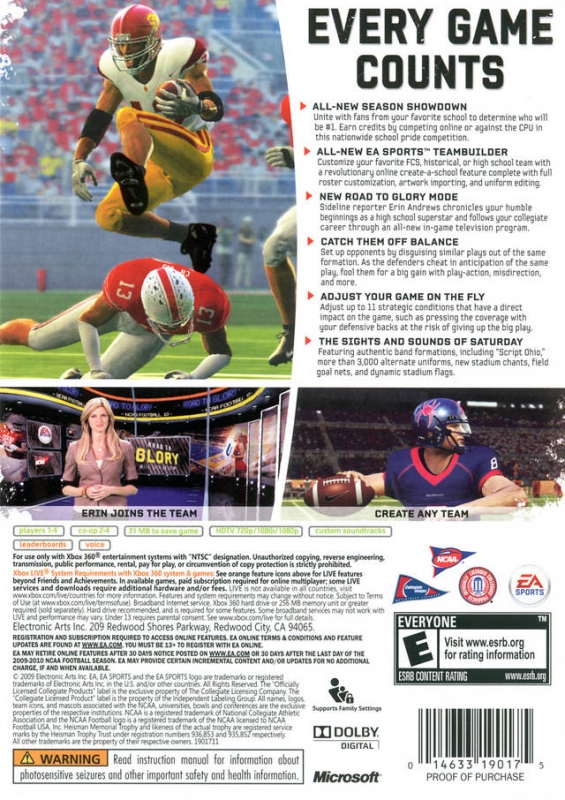 NCAA Football 10 will bring the excitement of college football to fans across the nation like never before with the all-new Season Showdown. In this new mode, every game counts as fans declare their loyalty to a favorite school and give the ultimate show of support in a nationwide competition. After choosing a school to represent, players will earn credits in-game through head-to-head online matchups and single player modes. Credits not only accumulate in-game but players can also earn credits for their school via new web-based games. Millions of college football fans around the country will be on a mission to prove their school is number one with NCAA Football 10’s Season Showdown.

NCAA Football 10 introduces TeamBuilder, an all-new, online create-a-school feature that will enhance the user’s ability to produce personalized content. With the capability to upload logos and numerous customization options for uniforms, fields, rosters, and much more, TeamBuilder gives users the opportunity to design completely original teams with infinite possibilities. Plus, preloaded logos for several Football Championship Subdivision schools will help users create authentic teams for NCAA Football 10. With its intuitively designed online database that is searchable across several fields, TeamBuilder allows users to share content with ease. A football fan’s dream, TeamBuilder will enable users to experience the excitement and pageantry of college football, defined by their own personalized creations.