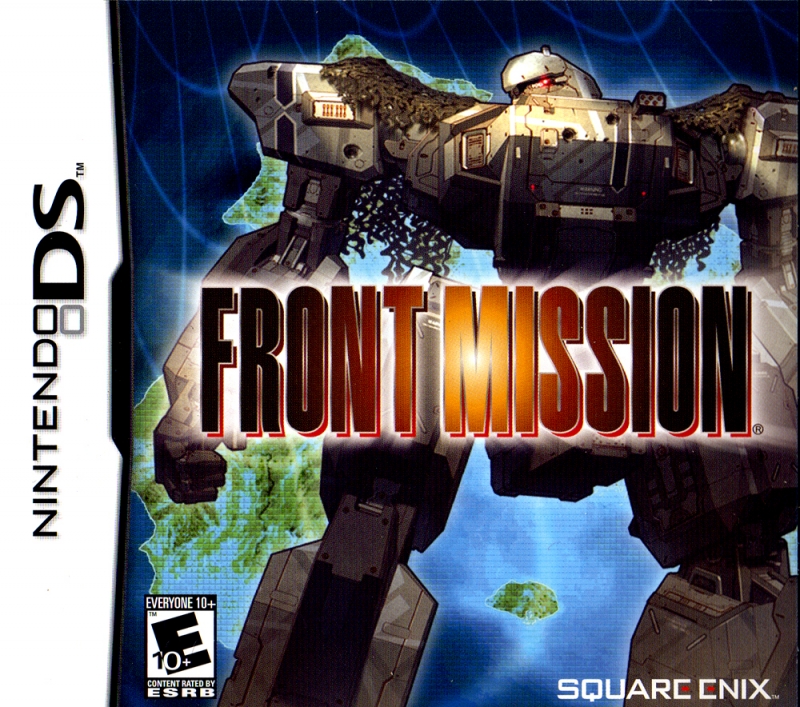 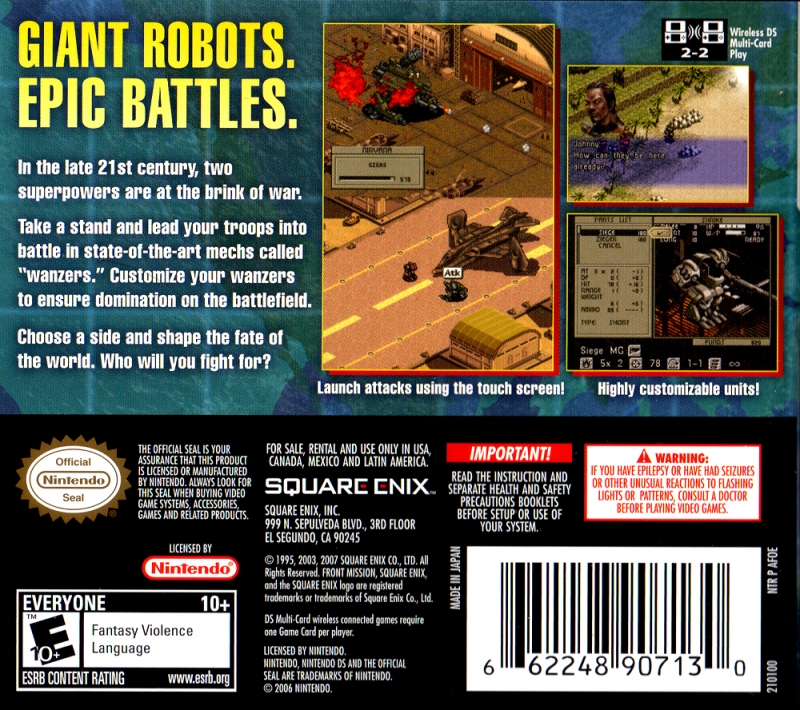 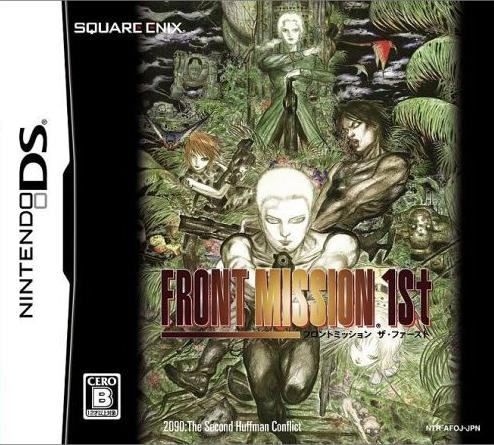 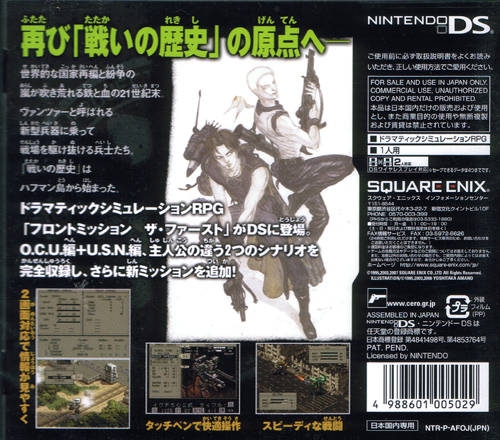 In the late 21st century, two superpowers are at the brink of war.

Take a stand and lead your troops into battle in state-of-the-art mechs called "wanzers." Customize your wanzers to ensure domination on the battlefield.

Choose a side and shape the fate of the world. Who will you fight for?

- From game back cover.