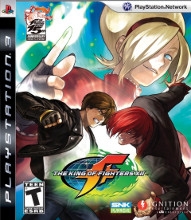 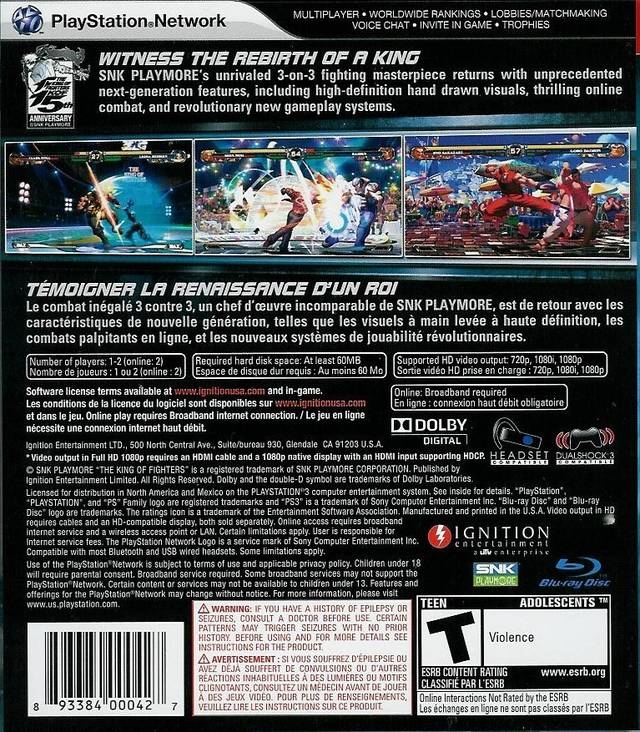 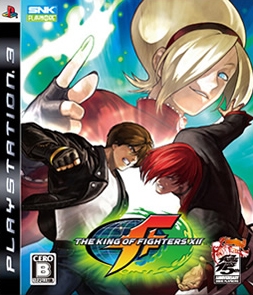 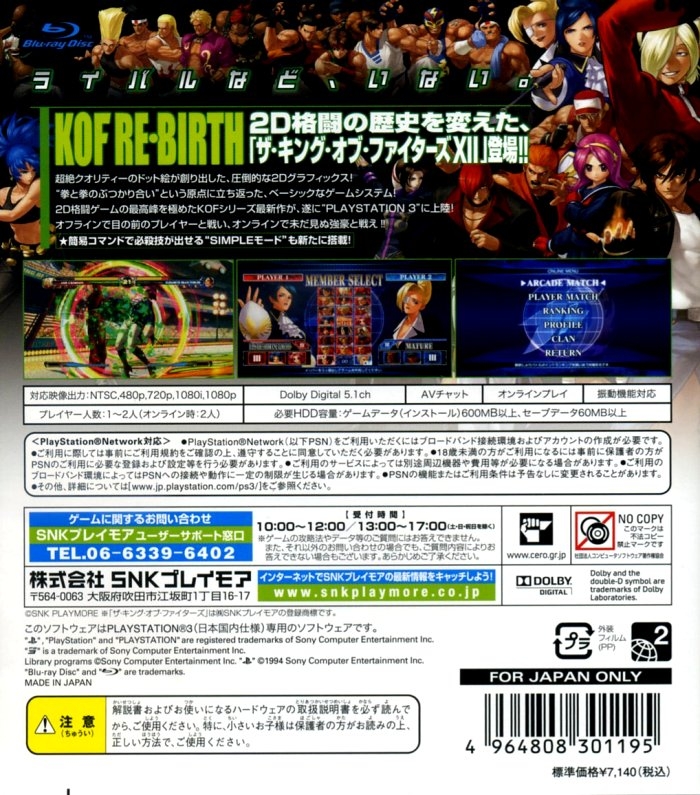 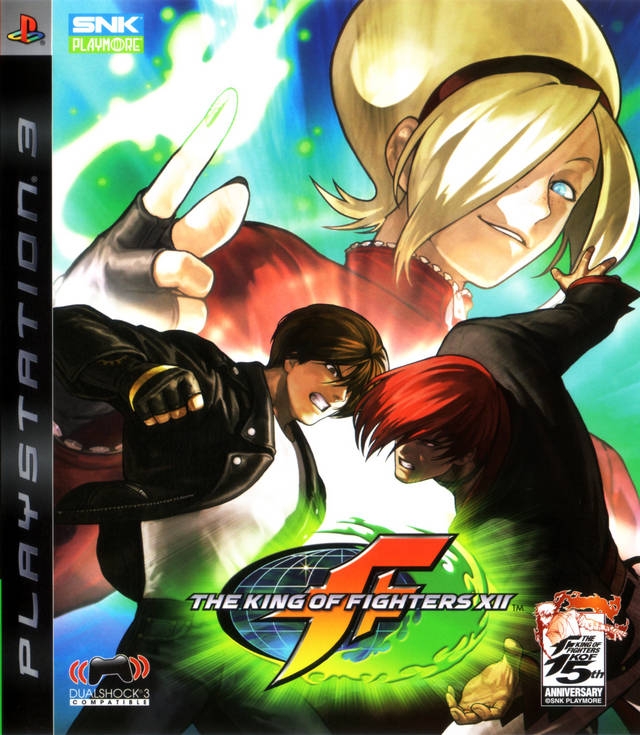 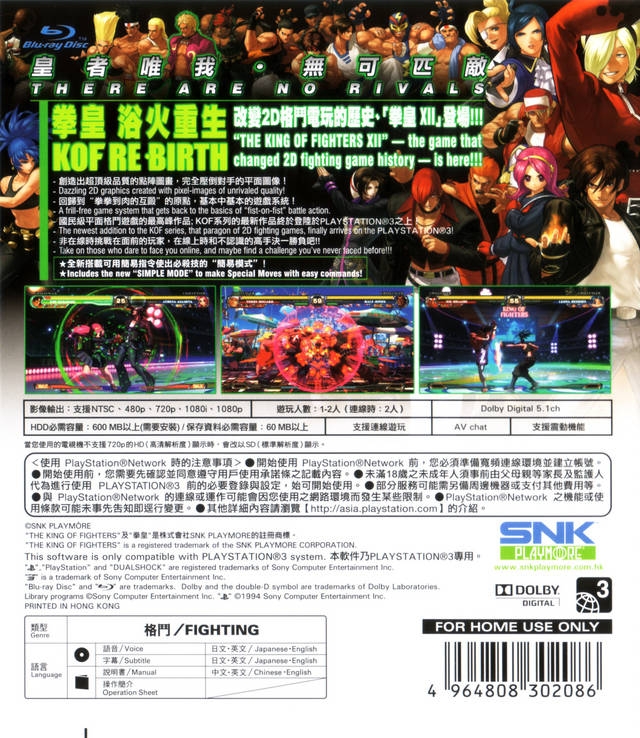 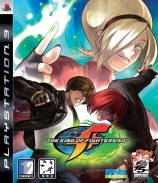 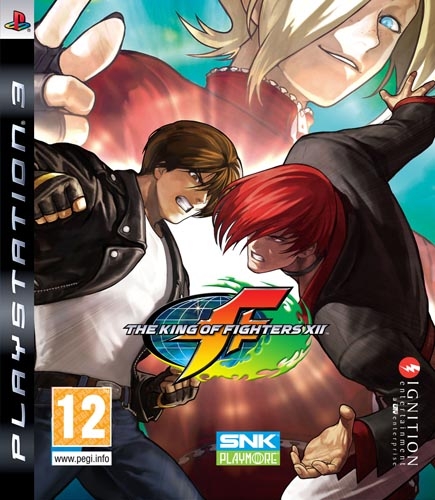 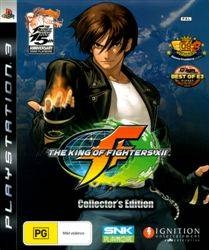 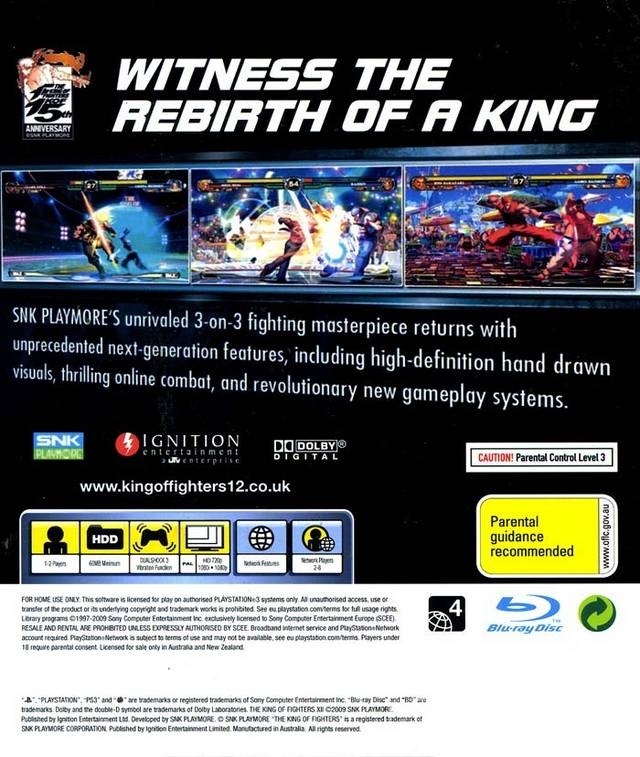 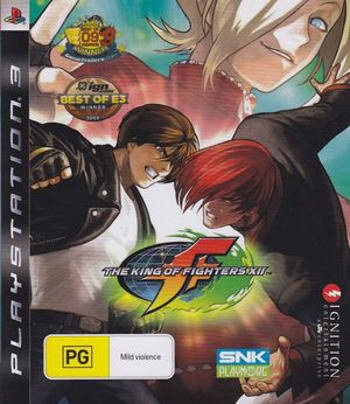 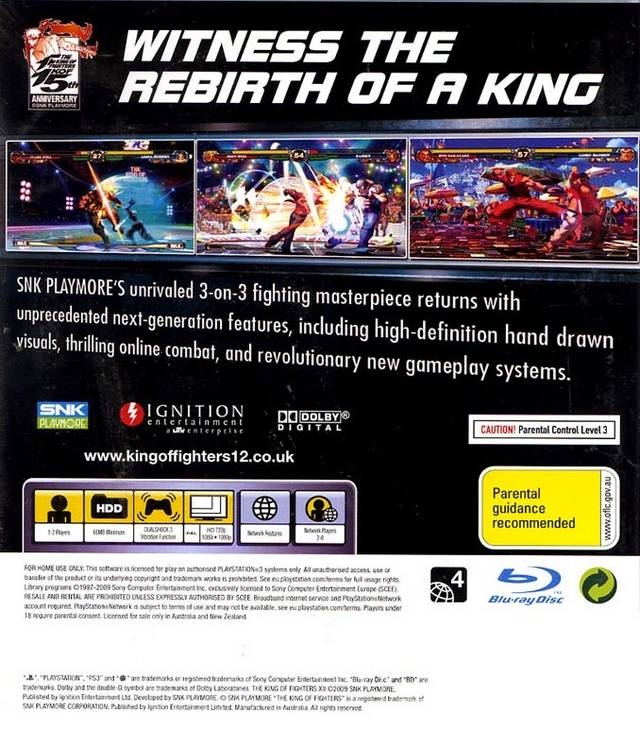 The King of Fighters XII (PS3)

The King of Fighters XII - Summary

The legendary 3-on-3 fighting game series that united rival brawlers from SNK Playmore's classic arcade franchises celebrates its 15th Anniversary in style with the release of The King of Fighters XII. For the first time in its history, this epic martial arts showdown has undergone a complete graphical overhaul. The antiquated character sprites used over the past 14 years have been dropped in favor of all-new, high-resolution fighters fluidly animating across painstakingly detailed, 100% hand-drawn backgrounds.