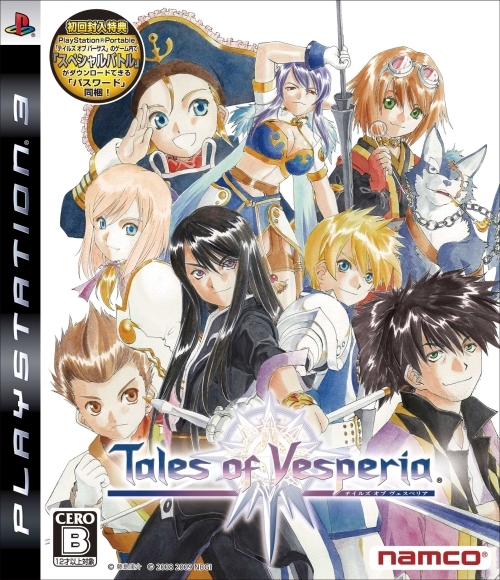 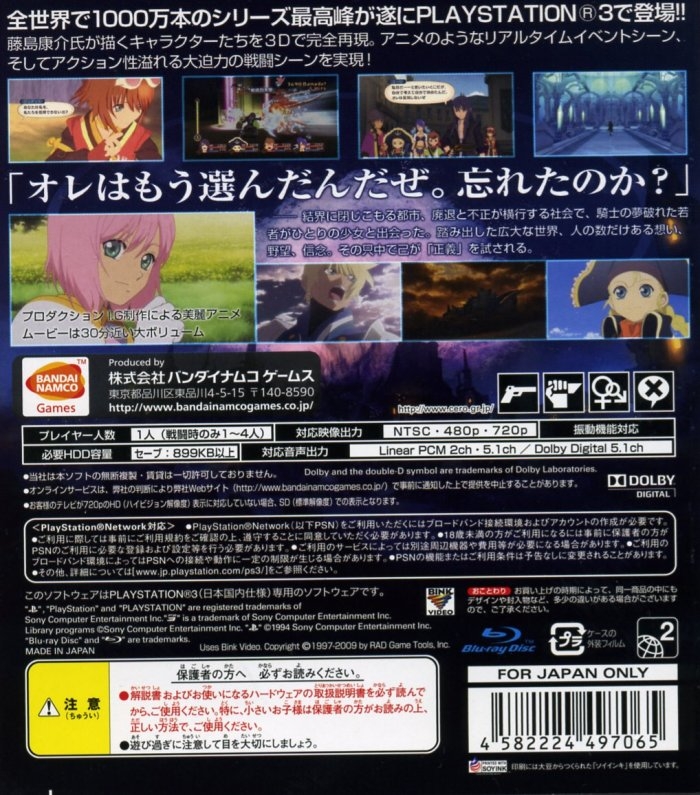 The debut of the Tales series on the Playstation 3, Tales of Vesperia launches the series to new heights of interactive narrative and engrossing gameplay with incredible anime-style graphics, a captivating storyline and characters as well as an upgraded battle system. Set in a world reliant on a mysterious ancient technology known as "blastia," the game follows former knight Yuri as he delves into a shadowy plot to use these magical devices to control civilization, or destroy it.