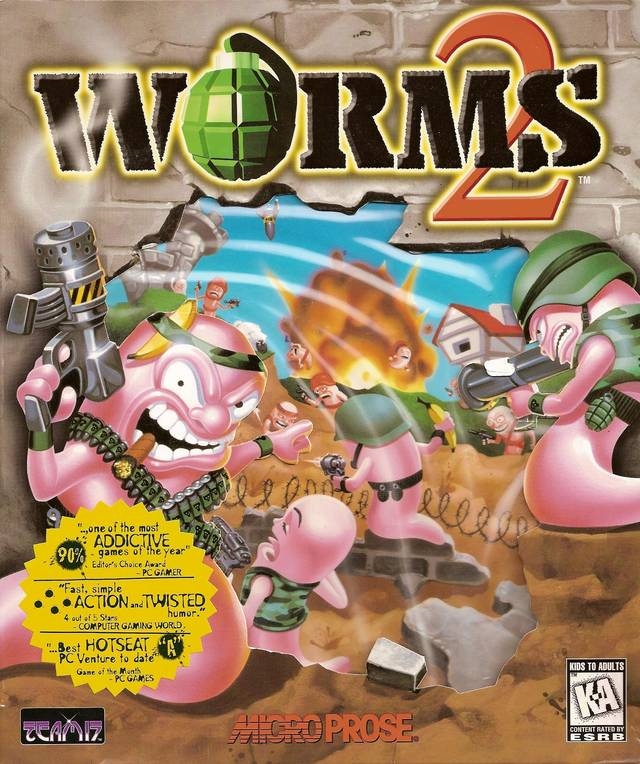 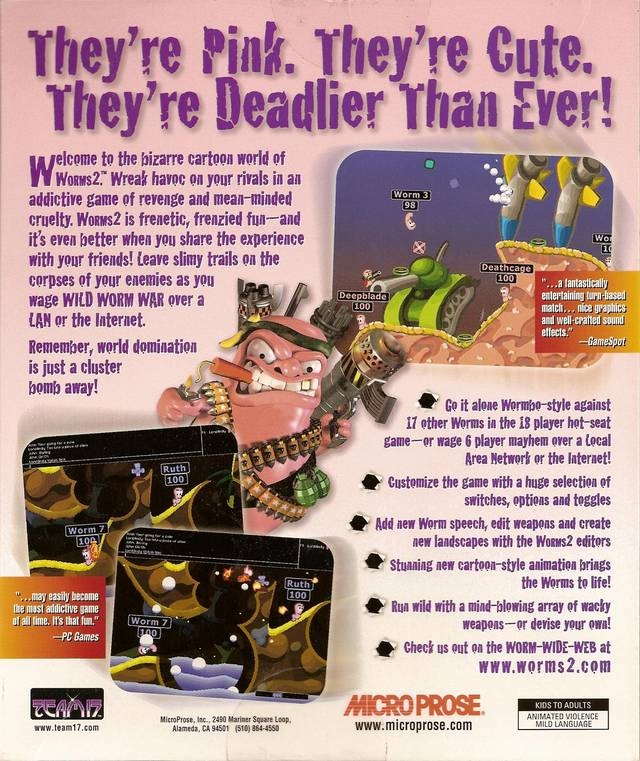 Worms 2 is a turn based game where up to 8 players can participate in any given match.

You command a platoon of Worms who inhabit a randomly generated terrain, its time to do or die, put up or shut up, you must destroy the other worms with an assortment of devastating weapons. Each turn is limited to a set number of seconds, this time limit allows you to position your worm in a nearby safe place, collect one of the bonus items sprinkled around, or go and attack a neighbouring worm!

Battle continues until only one team of worms remains, or after 30 minutes of mayhem, death and destruction, a draw will occur. Each platoon of Worms is given an assortment of weapons, tools and utilities in which to dispose of the enemy in anyway they feel necessary to win each round. Platoon weapons can be reconfigured for each game by the players to create their own unique war zones.

Playing against other teams will be taken to new levels with Internet matches, challenge other players in the next town, country or continent to see just how hard your team is! In addition and totally new to Worms 2 is a weapon editor! Now you can create your own arsenal of weapons and swap them with other users! Invent new ones or tailor existing ones to warped new dimensions.