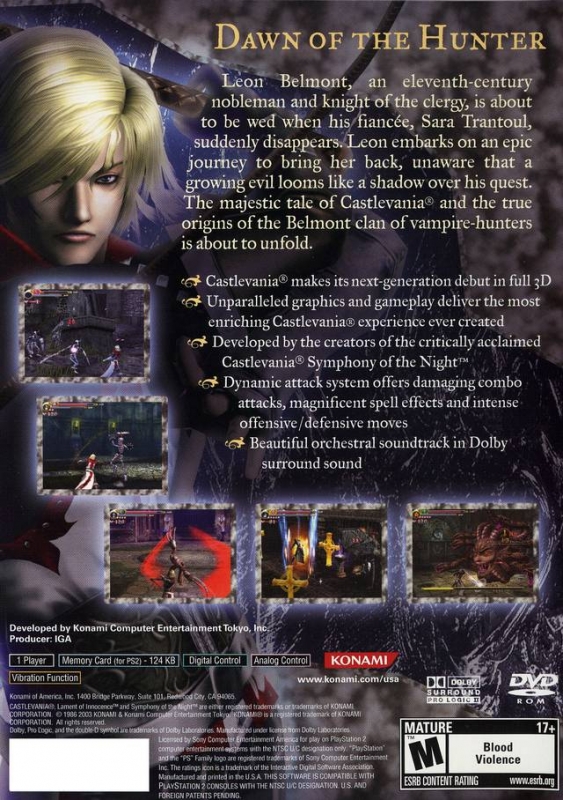 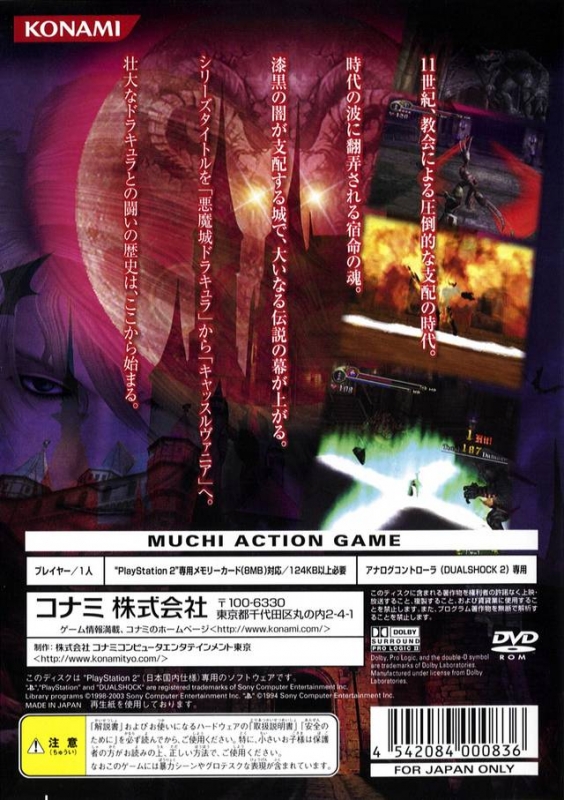 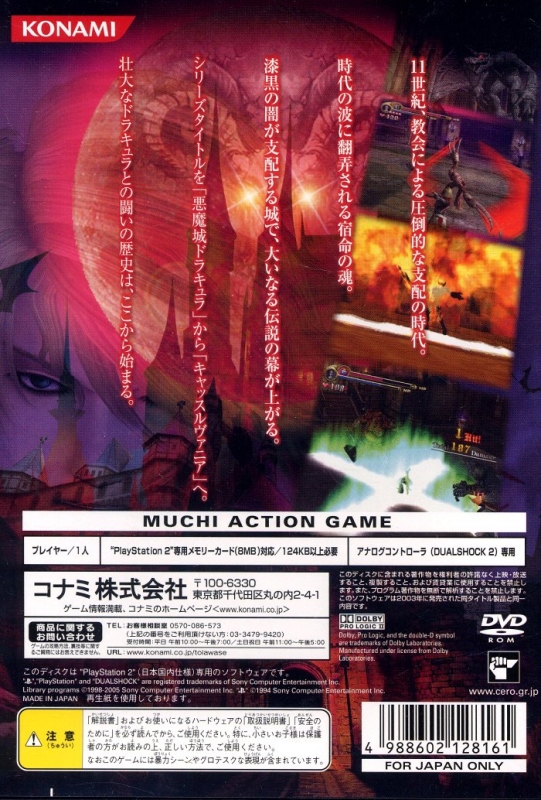 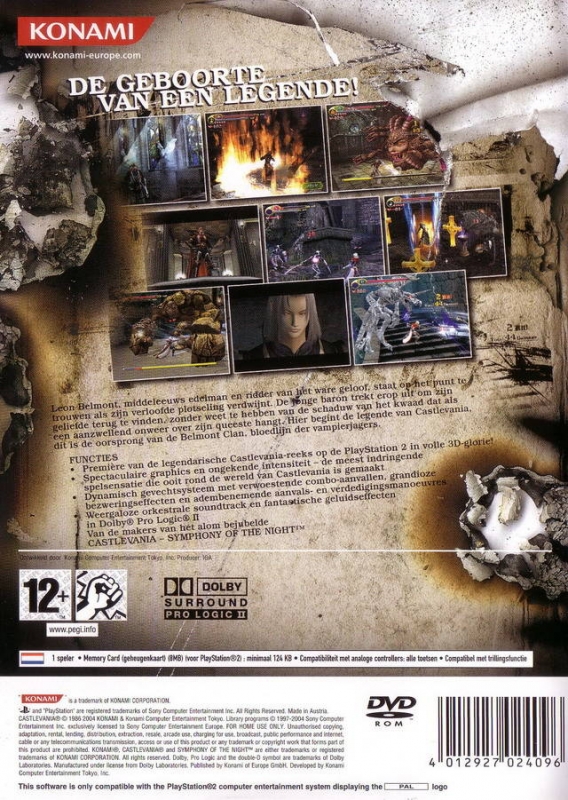 My personal opinion is that this was the first "good" 3-D Castlevania game many do not agree that there is a "good" one yet. This game is the first, chronologically, in the Castlevania series. It reveals very important elements to the story of the Belmonts such as the birth of Dracula, the first Belmont to encounter him, their relationship before becoming enemies, and the creation of the Vampire Killer (a very sad story). I found the music in this game to be remarkable. Brought me back to the old Castlevania days when music helped create atmoshpere. The level designed might not be original but they are very challanging and well designed. The game is quite long itself but also has quite a few side quests to keep you playing beyond the ending. The voice acting and dialogue can often be disapointing. No more than most american voice acting in video games but still hampers the amazing story that is being told. This game has one of the biggest plot twists i've ever encountered while gaming and makes the famous Vampire Killer (the whip the Belmonts are known for) all the more intense.