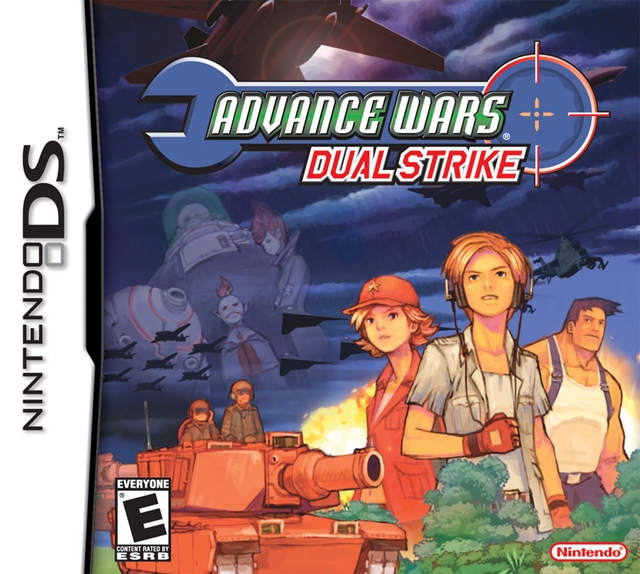 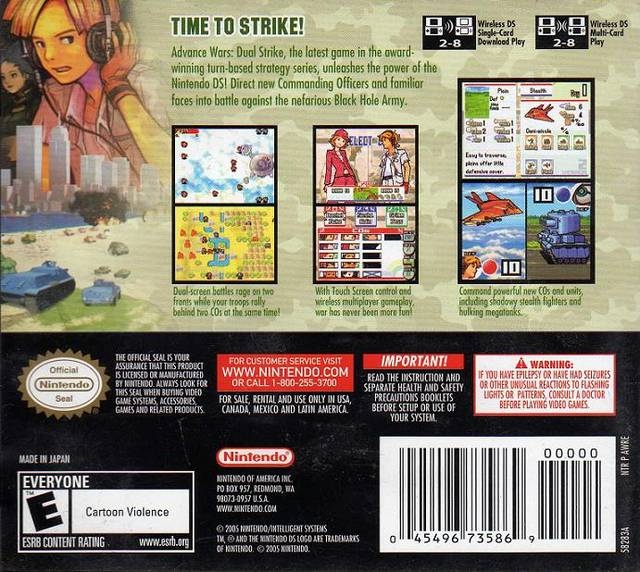 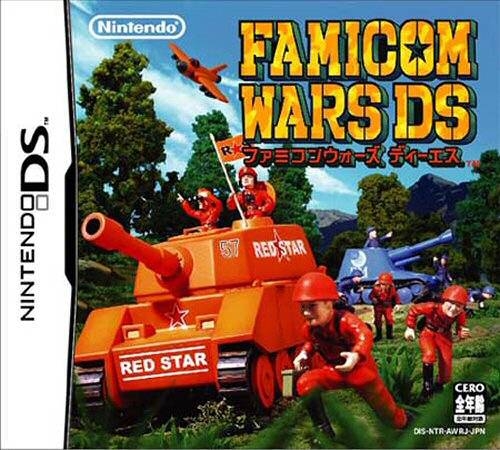 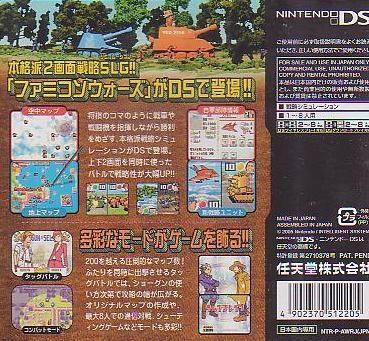 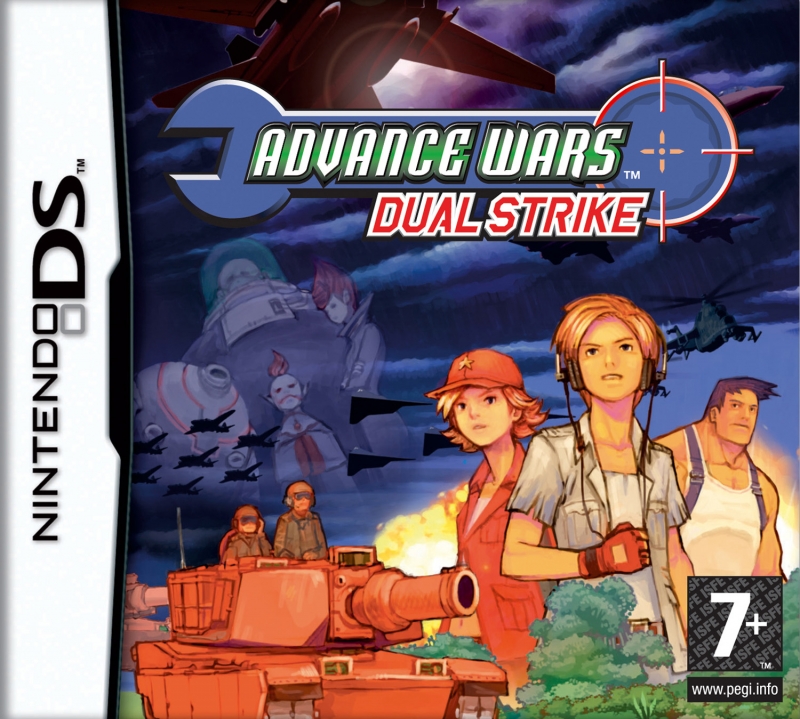 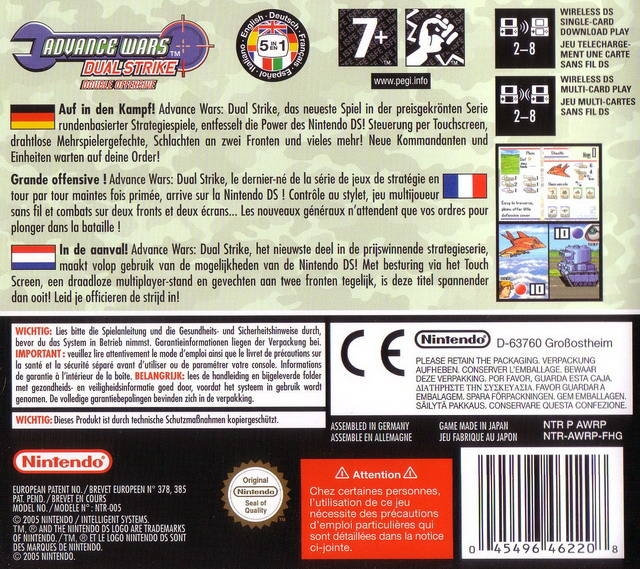 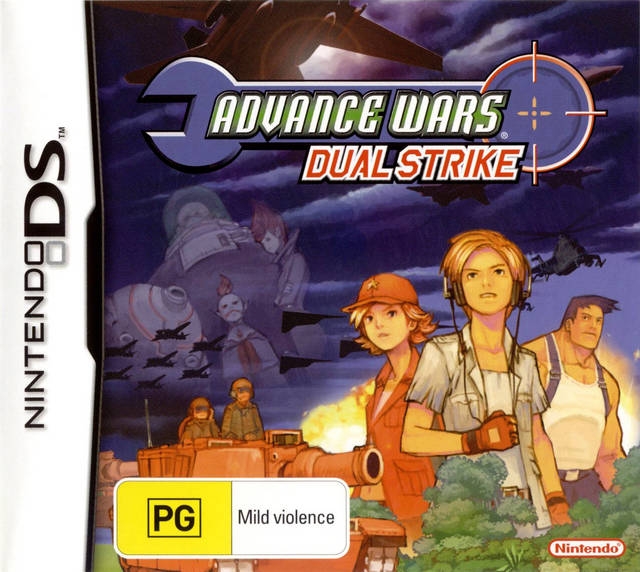 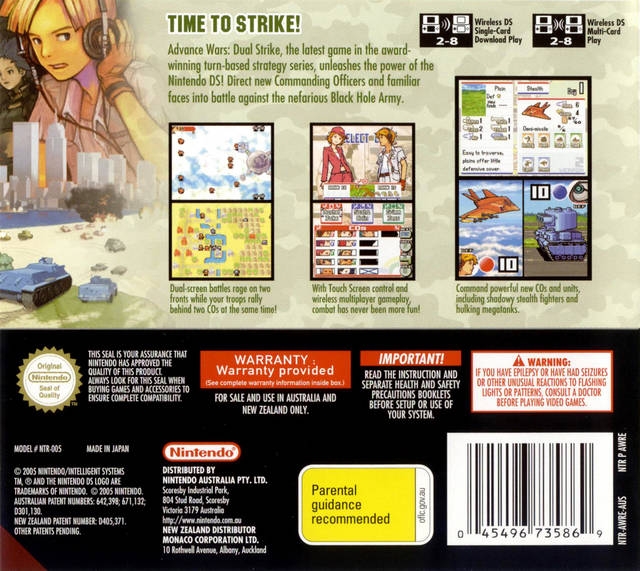 Players lead their new Commanding Officers to fend off the Black Hole Army’s latest invasion. With massive battles that sweep across both of the DS screens, Advance Wars: Dual Strike will change the face of war forever. Use the top screen for quick-reference battle intel, or take control in battles that rage across both screens. Command a fleet of fighters high in the skies while troops clash with the enemy on the ground far below. New COs, new Tag-Team battles: Choose from new Commanding Officers, and combine their powers for incredible attacks that can turn the tide of battles. Real-time Combat mode: For a battle with a twist, players lead soldiers into a fast-paced, action-oriented battle against a storm of enemies. Easy-to-use map editor: Just grab a stylus and draw maps right on the touch screen, then send the maps to friends wirelessly. [Nintendo]

One of the highest rating games on the Nintendo DS according to Metacritic (second only to Mario Kart), Advance Wars DS shows exactly how to put strategy games on handheld systems. Perfectly tailored to the DS's touch screen, this game and its characters are full of charm, and multiple game modes as well as four player battles make sure this game has plenty of replayability. Fans of the series will not be disappointed, and newcomers have an excellent place to get into the series.