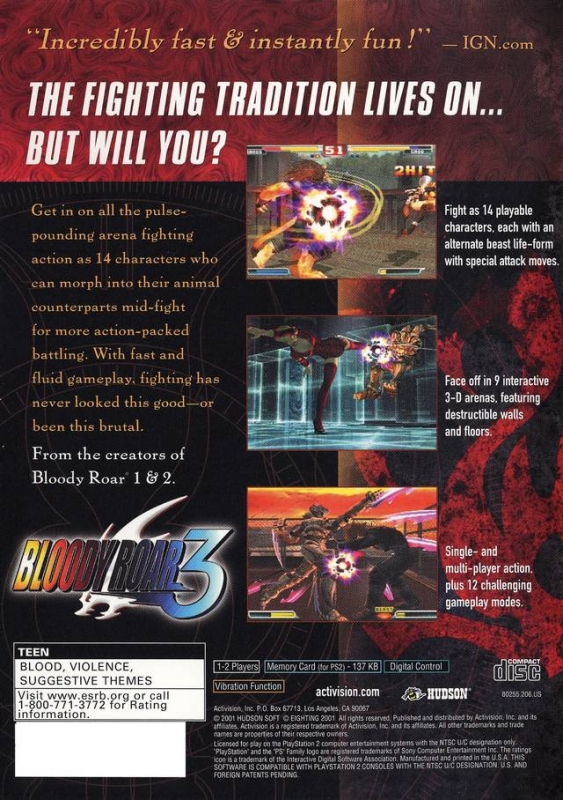 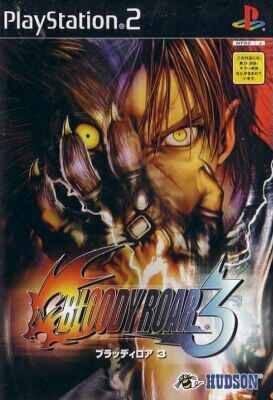 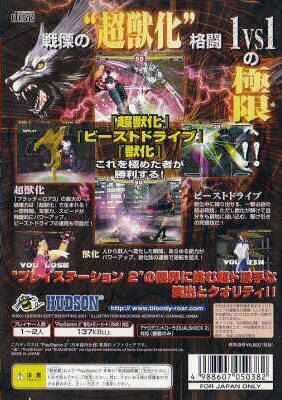 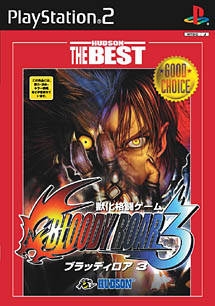 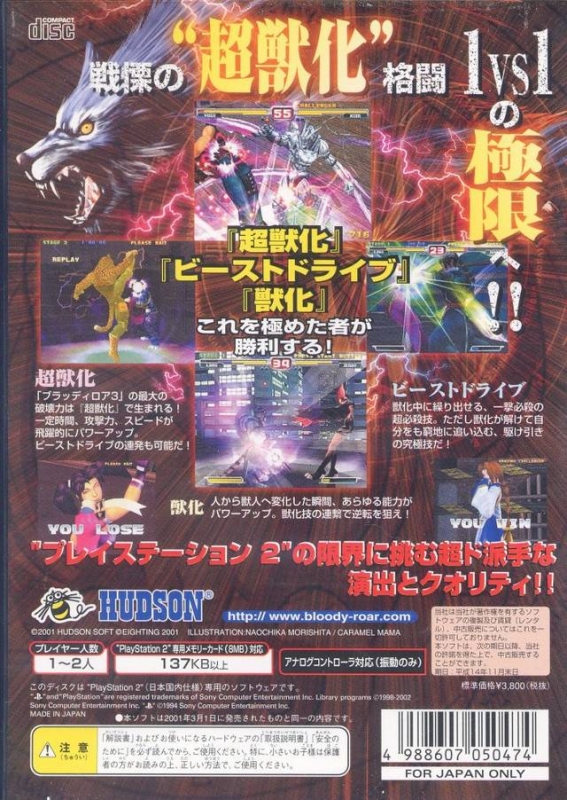 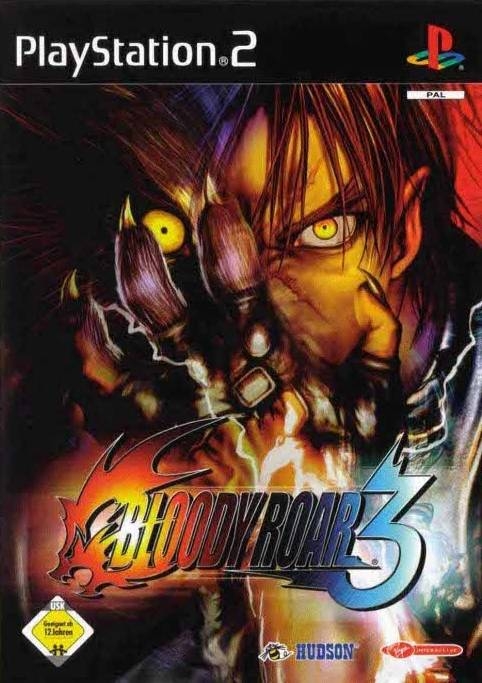 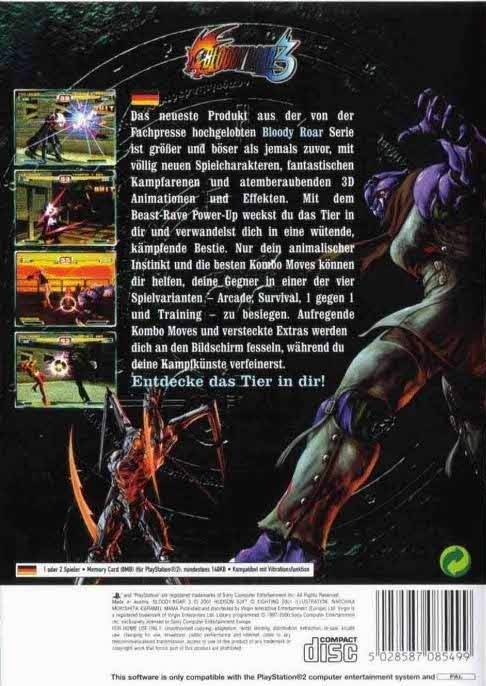 Bloody Roar 3 continues the critically acclaimed fighting tradition of the Bloody Roar series. Get in on all the pulse-pounding arena action as 14 fighters battle it out for domination. Each character has the ability to transform from a human into an alternate beast life-form with special attack moves. Featuring single- and two-player head-to-head action, players will battle their way through 9 detailed fighting arenas with breakable walls and floors. Take on the gauntlet of fighters by yourself or go head-to-head with a friend in the ultimate battle-fest. Choose from 12 different gameplay modes including Arcade, Versus, Survival, and Practice, plus an additional 8 modes that can be unlocked as you progress through the game. Fighting has never looked this good--or been this brutal.