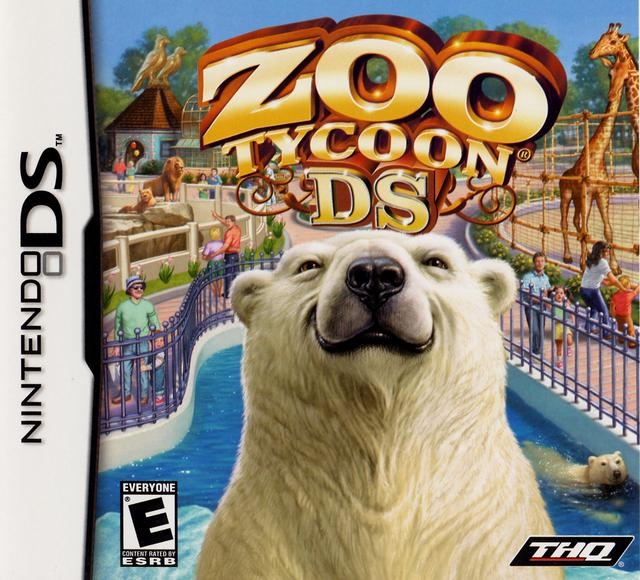 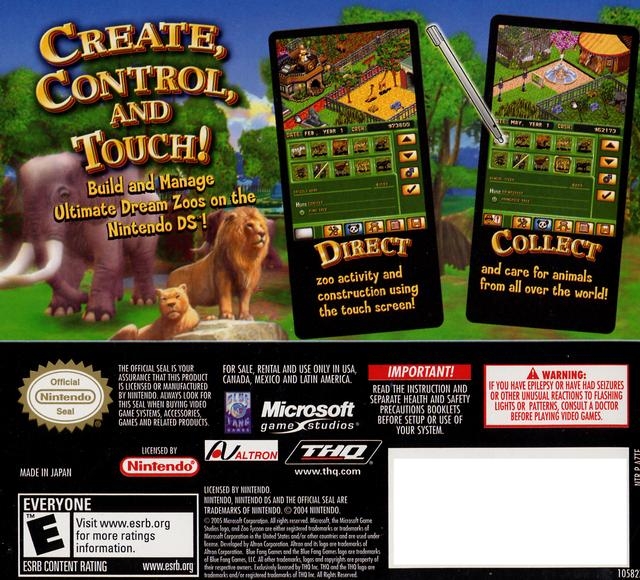 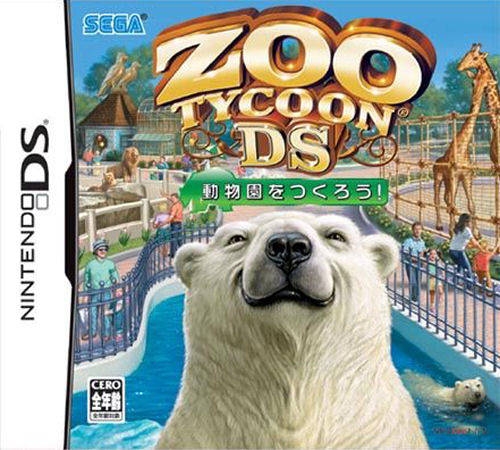 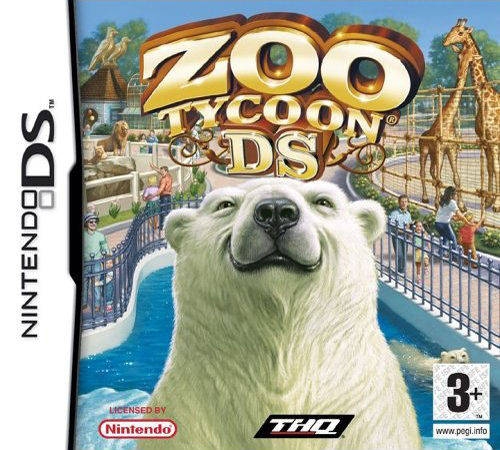 Zoo Tycoon DS is the Nintendo DS version of the popular business simulation game, Zoo Tycoon. The graphics and gameplay are somewhat similar to the first Zoo Tycoon game, except for the fact that the terrain types do not blend with each other like they do in the PC and Mac versions.

The objects and animals available in the game are also that of the first Zoo Tycoon game, yet it only contains the original animals, because of the inability to download bonus content or upload animals onto a DS. Other features, such as building exhibits as big as you want have also been removed due to the game being handheld.

The game has two playing options, either tutorial/scenario or freeform. Tutorial/Scenario mode takes the player through many short games, each with a set goal. The goals start off by teaching the basics; how to place items, purchase animals, and other needed knowledge of the game. They then progress to goals that have a set time limit and most require a certain happiness from the animals, a certain number of exhibits, etc. Freeform lets players create a zoo free of time restrictions and goals.