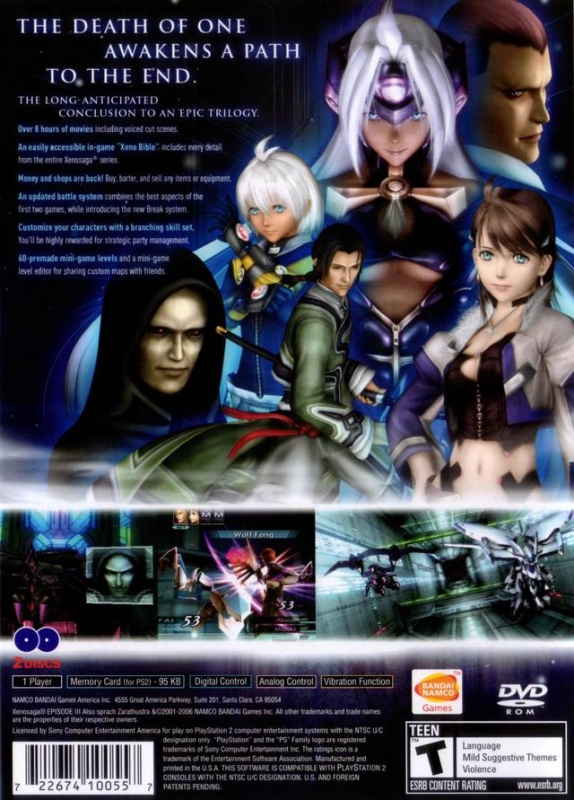 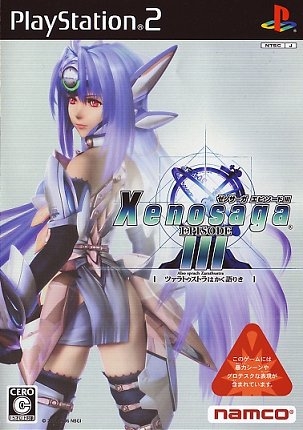 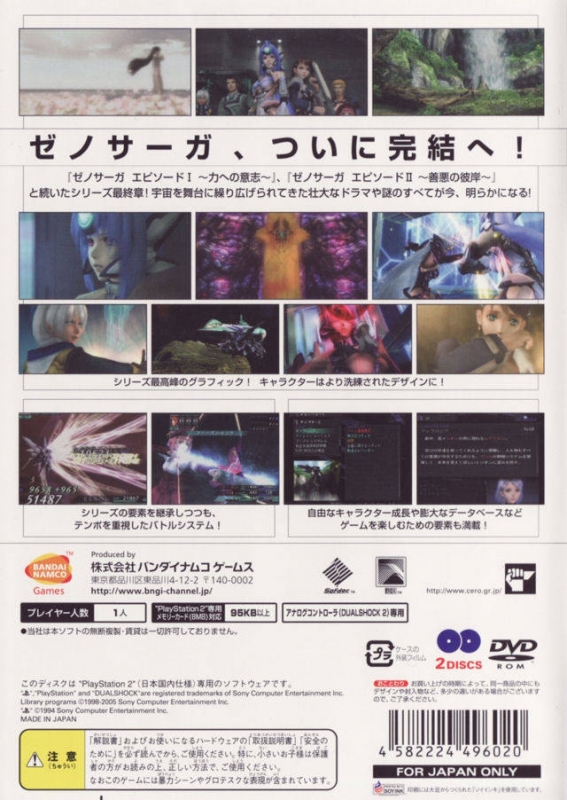 A year has passed since Xenosaga Episode II. Shion has resigned her post at Vector Industries after realizing that the company is deeply connected to the cause of the Gnosis phenomenon. She has thus joined Scientia, an underground organization, in order to unveil Vector's true objectives. The development of KOS-MOS is to be cancelled, and a mysterious android, T-elos appears to be taking KOS-MOS' place. Shadows of suspicion and conspiracy surround T-elos. Uncover the future of mankind in this much-anticipated conclusion to the Xenosaga trilogy.