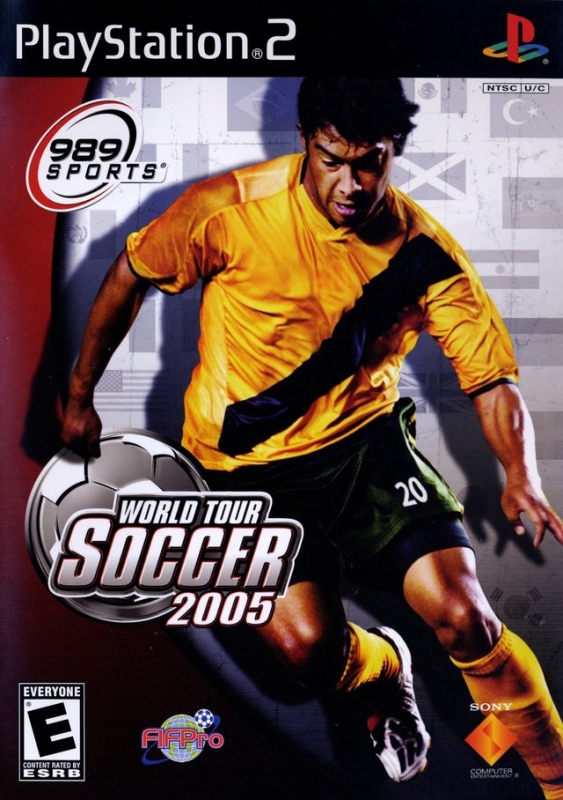 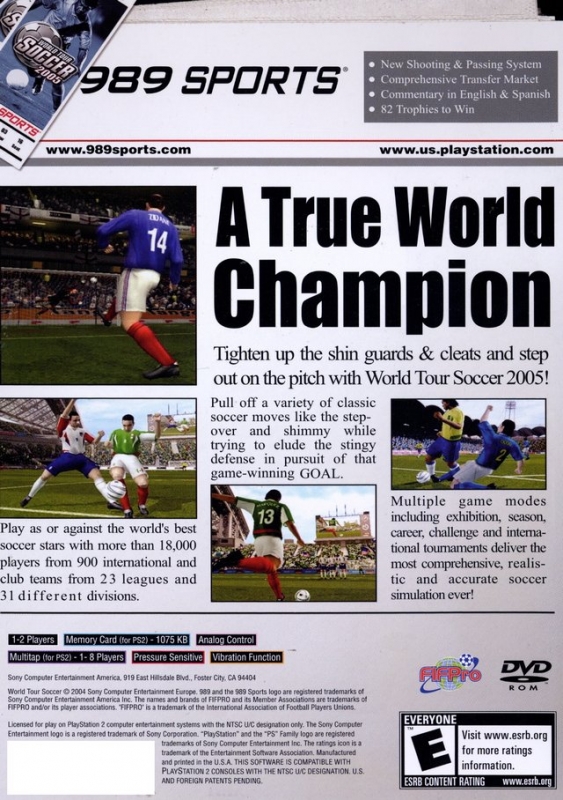 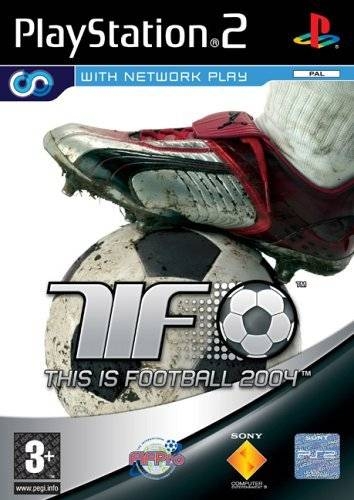 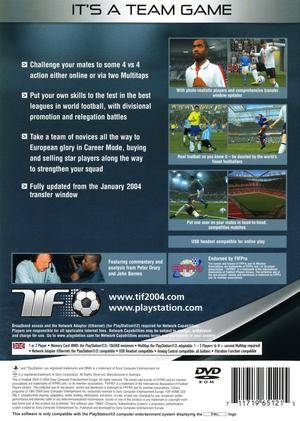 One of the most sought after sports games for the PlayStation®2 computer entertainment system returns from last year with enhanced gameplay and even more options. This year, World Tour Soccer 2005 prides itself on being built from the ground up with the die-hard international soccer gamer and fan in mind. Featuring more than 900 international and league teams from around the globe, 18,700 players from 30 divisions and 22 leagues, World Tour Soccer 2005 captures the enormous size and popularity of what is truly the worlds game. Multiple modes of play including Exhibition Match, Season, Career, and Challenge Mode give the sports gamer the opportunity to get in and play a quick game with a friend or battle it out in a grueling season where theyll have to manage player contracts, trades, salary caps and injuries. So the battle for victory will once again begin in stadiums filled with passionate fans as they support their team with electrifying chants while waving their club and country flags.