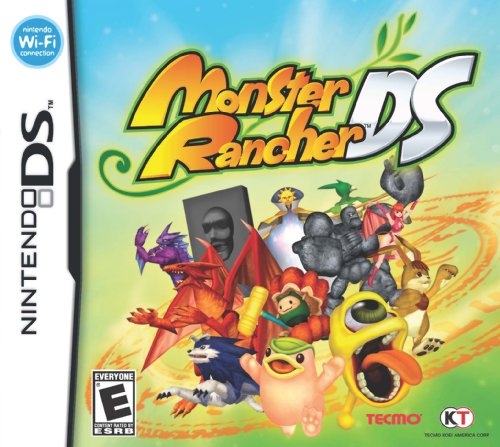 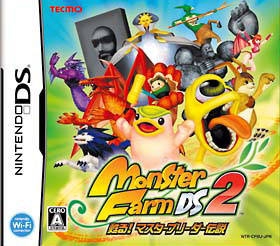 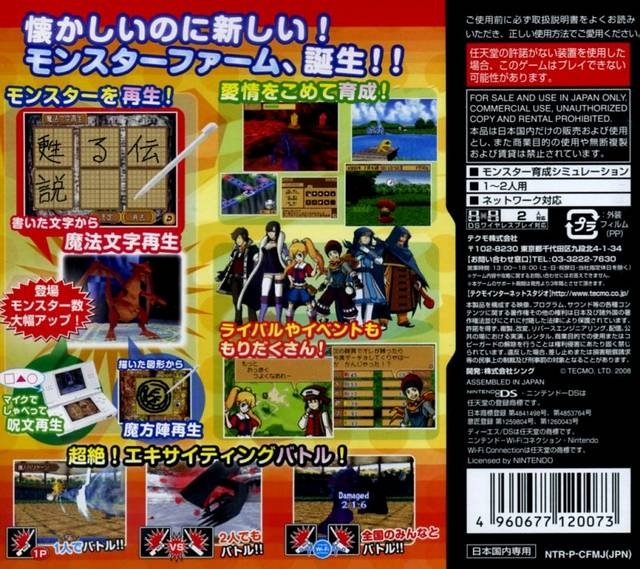 Teaming up with Cing, TECMO is releasing Monster Rancher DS, their newest addition to the beloved monster breeding series! Filled with nostalgia from past games, fans of the series will recognize popular characters and monsters such as Mocchi and Suezo, the big one‐eyed monster, but there are plenty of new monsters to discover in this game! Generate monsters by drawing pictures in “Magic Field,” or by speaking into the microphone in “Incantation” mode. Use your best strategy to raise, train, and battle
your monsters. Can you become a legendary master breeder?