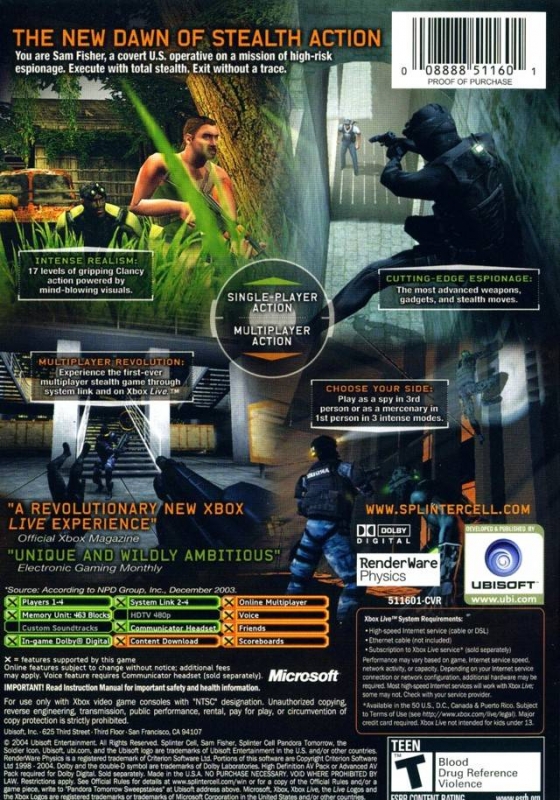 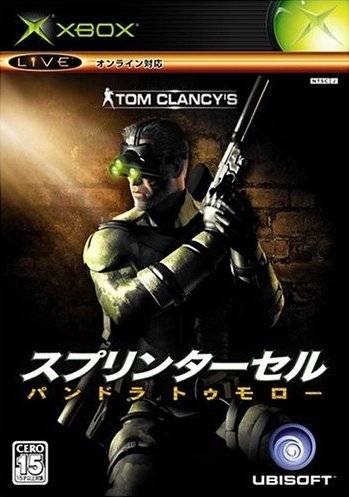 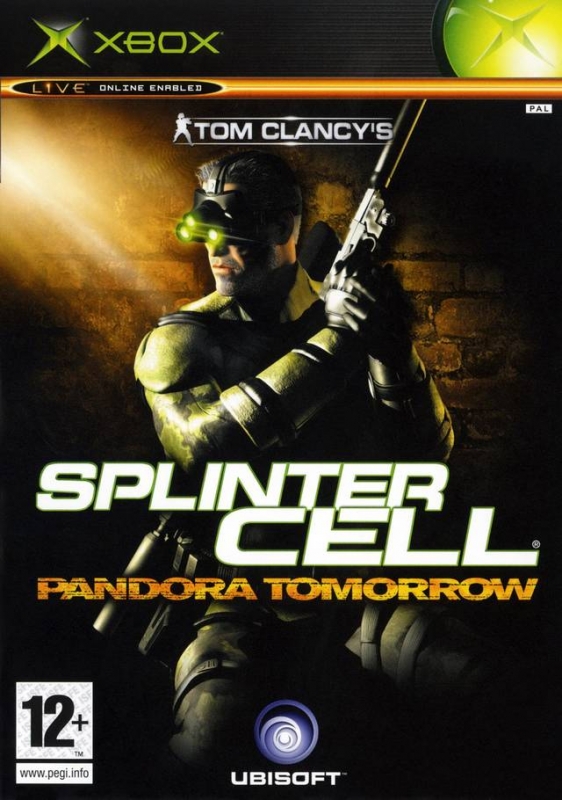 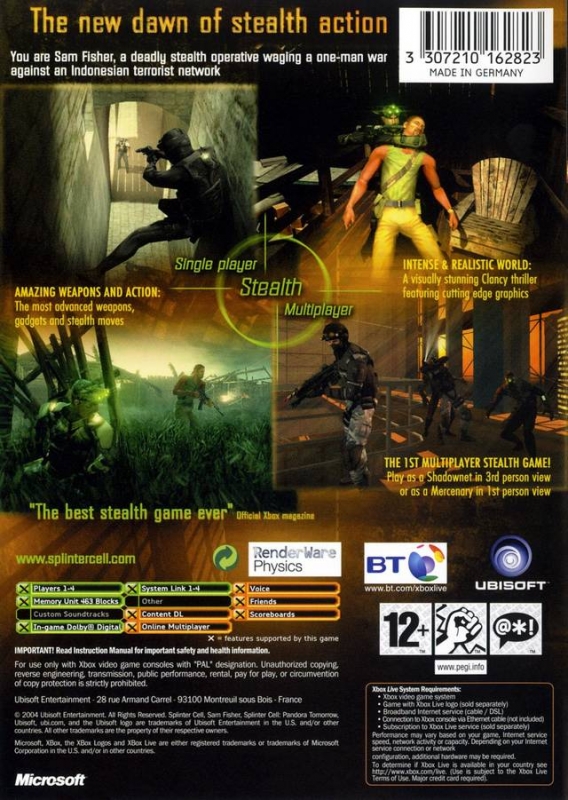 A sequel that stays toe-to-toe with the original

Not too long after Splinter Cell was released, along comes Pandora Tomorrow (or Splinter Cell: PT for short) about 1 year+4 months, or shorter, to bring Sam Fisher back on the scene.  He has a few more tricks up his sleeve and few more gadgets in his arsenal to help save american lives once again.  While the game offers a basically unchanged SP formula in both presentation and gameplay, the new MP mode is quite a treat that helps add an extra value to why Pandora Tomorrow is another stealth fan's must-own.

The year is 2006, Only too soon had it seemed since Sam saved America from millions of casualties that he's brought back into the action for a go-around with more terrorists.  The beginning takes place in Indonesia, the leader of an Indonesian militia, Dorah Dan Doa, is shown trying to assault a U.S Embassy which they pull off with success and hold delegates as hostage.  Sam's sent in to find out more about this militia which invariably sets him off on a chain of missions to capture their leader and save certain american citizens from whatever threat he may pose.

PT's story is basically under the same homage to that of what we've seen in the first Splinter Cell: A news reel cutscene starts off before each mission giving the average media outlook on recent reports and you start to fill in all the puzzle pieces as you go along.  You still have Lamber and Grinsdottier filling in their roles for helping with tech. and OPSAT updates while Frances Coen being your field runner (if you remember her towards the end of the first Splinter Cell).  While not to go into spoilers, PT seems to lack any sort of consistent base for the beginning/middle of it's story.  When you're sent from one mission to the next, it seems that some of the reasoning for how you got there can be a bit less-based than what was found in the first.  Not to say that it was bad by any measure but it seems too loose until the action started to really pick up towards the end which invariably is the best between the two (if we were to cut it in parts).

Splinter Cell: PT's graphic design is another thing that's found to be much of the same.  The lighting, sound, textures, etc. etc. all seemed to have improved in some sort of way but not to any measure of what you could've expected after the first SC receiving best graphics awards.  Nonetheless, they're still quite good for their time but may leave a bit left to be desired.

The gameplay from the reinvigoration of Splinter Cell is mostly unchanged in that of Pandora Tomorrow.  You still have noise meter, light/dark meter, equpiment, number of alarms to raise, etc.  What PT does offer that's new is opening up Sam's abilities a bit by him using the SWAT Turn, shoot upside down while hanging on pipes, and doing half-split jumps.  The SWAT Turn involves Sam clutched against a wall but now has the ability the quickly spin trhough an opening ,of say a door, unnoticed while half-split jumps are split jumps but with certain occasions being able to jump to a higher position whie in the split-jump position.

You have a cool amount of diverse enviroments to work with in PT in comparison to what you had to play with in SC.  The overall dense variety could come from anything to sneaking through a bullet train in the city-streets of Jerusalem.  While the enviroment diversity was interesting to say the least, the linearity and scripted moments shoved throughout the game gave you less ability to stretch your legs or implore different tactics.  This doesn't tarnish the gameplay though, it helps keep an intense mood throughout the game like the 1st one did but it seems a more open style of play could hardly ever be tried.

What's really the great new innovative step forward in not only the series, but for stealth games in general is the addition of MP.  The gameplay involves 2 teans of 2, "Spy vs. Mercs" in which you and a teammate play in the 3rd-person usual spy way like the SP is set up or as the Mercs which in shown in a 1st-person type of shooting.  What's also interesting to note is that the MP's linked together with the storyline.

There's 3 seperate types of modes:  Neutralization, Sabotage, and Extraction.  All 3 modes are all about finding viral containers but what they're meant to do with them and how they get them is the difference.  Neutralization is about finding and disabling, Sabotage is about finding and bringing them back to your extraction point, and Extraction is about finding and disabling only by hacking the modems though.  Although the list of options isn't very limited, the possibilities in how you traverse through the dozens of nooks and crannies to get to your objective is what makes it great.  The games offering of MP just helps with the arguement of which of these were the better entry into the Splinter Cell series (between the 2 of them back then of course).

9.0  While Splinter Cell: Pandora Tomorrow doesn't try to hard to improve on the SP formula, the added value of MP helps bolster it's reputation of innovation and redefinition of what stealth should be.