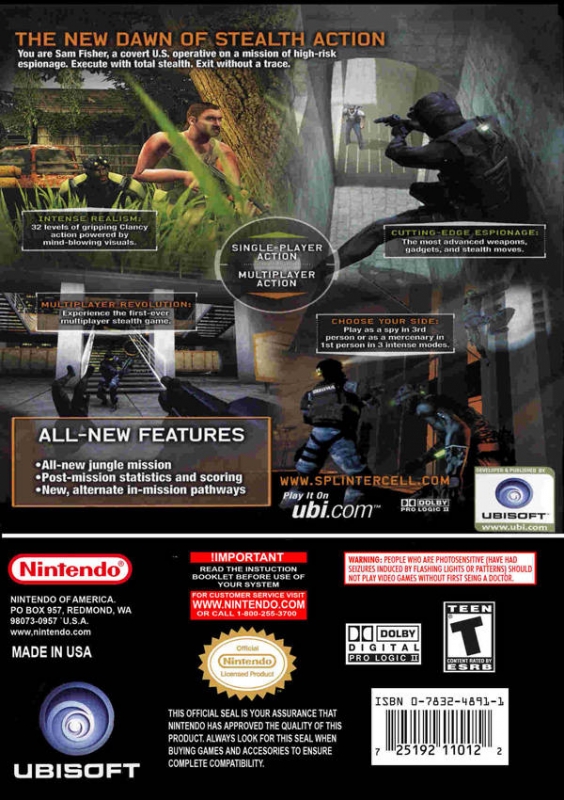 U.S. troops become embroiled in a conflict between the East Timorese government and Indonesian guerrillas. Militia leader Suhadi Sadono has made himself untouchable.

Deployed by a top-secret wing of the NSA (National Security Agency) known as Third Echelon, Sam Fisher is a lone field operative supported by a remote team. He's charged with saving the world, and it's a high-stakes game. If he fails, the U.S. will deny any knowledge of his existence.

Fisher must defend and assist the U.S. military until Sadono can be neutralized and the guerrilla faction decapitated.