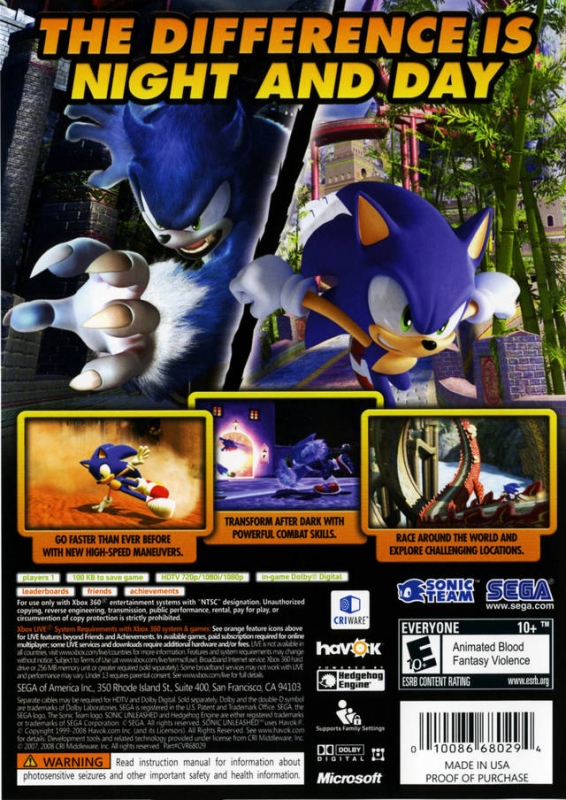 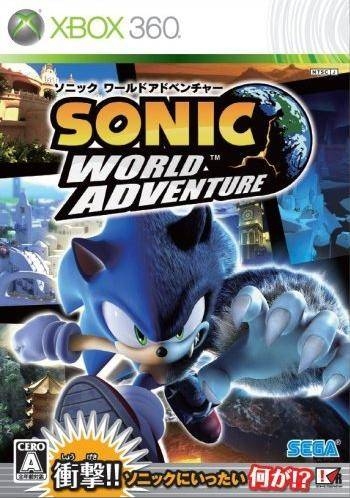 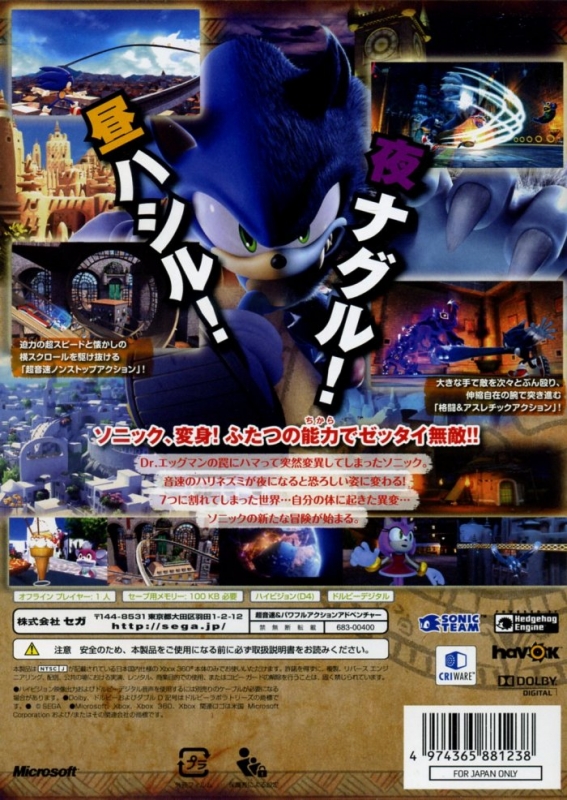 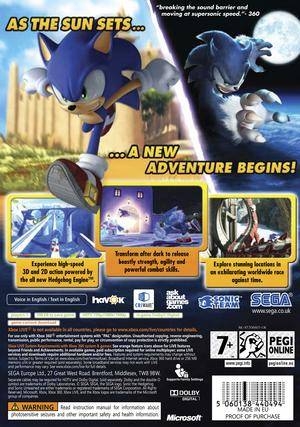 Transformed and Unleashed, sonic races To save The World… and himself!

Sonic the Hedgehog is on an adventure unlike any other! Powered by an all-new engine, Sonic Unleashed™ merges classic Sonic gameplay with the latest in next-generation innovation.

Merging blistering 2D action with meticulously rendered 3D environments, players race through intriguing locations across the globe as Sonic to save a chaotic world. On a quest for domination once more, Dr. Eggman unleashes a slumbering beast from the center of the world. The event causes a devastating tremor that splinters the world into seven continents and triggers a hair-raising transformation in Sonic. With the world divided and Sonic altered with new abilities and powers, the stage is set for a climactic battle… for when the sun sets, a whole new adventure awakens!

• Sonic’s World Transformed: Sonic maintains his high-speed abilities during the day, but at night he is transformed into a mysterious dark form with incredible never-before-seen abilities including 3D-action brawling and amazing agility.

• Enhanced and Expanded Environments: Many unique and fascinating continents offer the player an opportunity to save the world in a dynamic, high-speed experience.

In addition to exploring exciting unlockable areas, players dash through up to nine locations resembling real-life destinations including the Great Wall of China, Arctic Pole glaciers and many more.