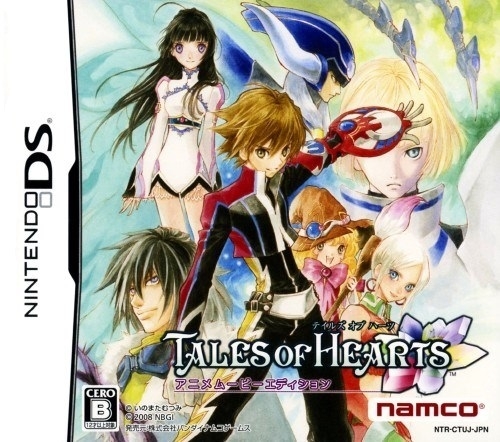 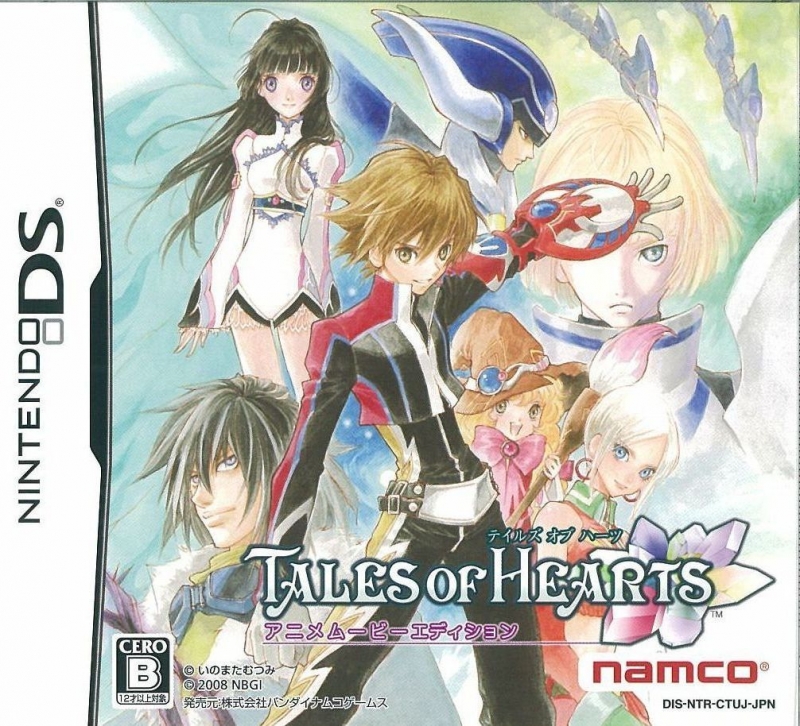 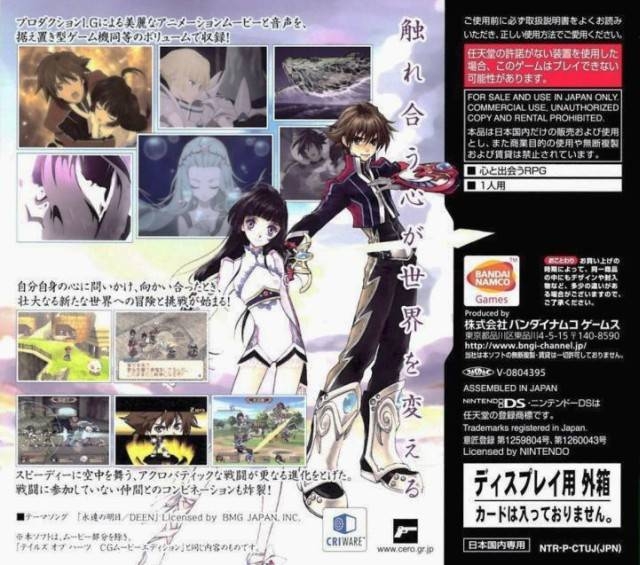 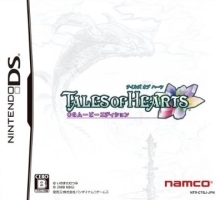 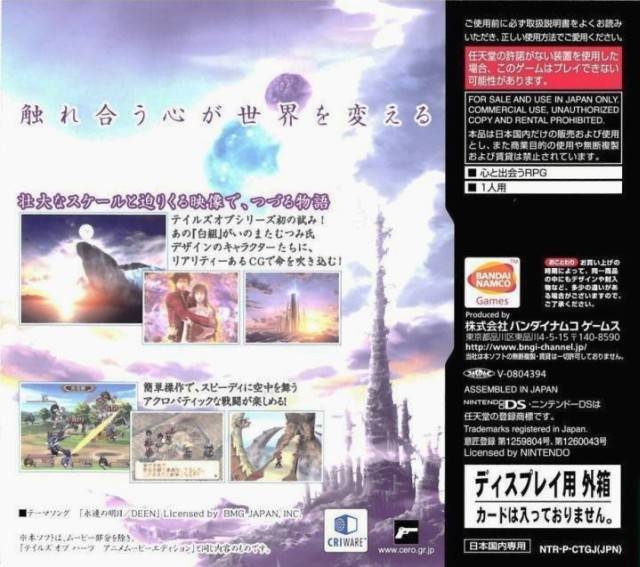 In a world in which there are two moons, one black and one white, there are many rumors and myths that travel across the land - Tales such as that of the Sleeping beauty in the rose forest, of demons that eat away your dreams and of the black moon falling from the sky.

In recent years demons known as Zerom have come into existance which feed off the dreams of humans. By doing so they rot away the human soul, the human heart, known as "Spiria" and cause them to fall into a grave, uncurable illness. To fight against these Zerom beings, there is a maze, created by the power of human hearts, known as the Spell Maze. Within this maze lie mystical weapons, known as Soma, and only they can fend off these Zerom and cure the uncurable disease.

Features:
- An improved battle system: The Combination Aerial Linear Motion Battle System may be familiar to fans of the series, but it also features new content that allows for Aerial combat, last seen in Tales of Destiny.
- A new battle mechanic: If certain conditions are met, characters who aren't in battle can join in as well.