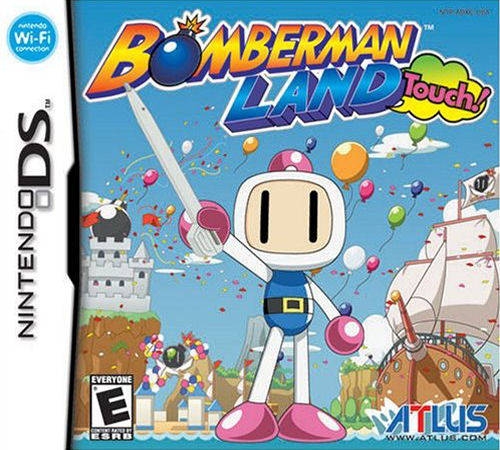 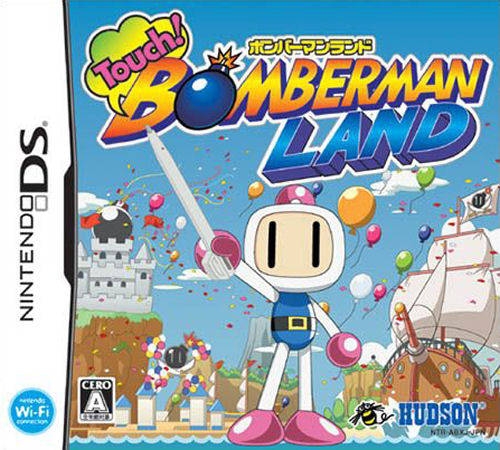 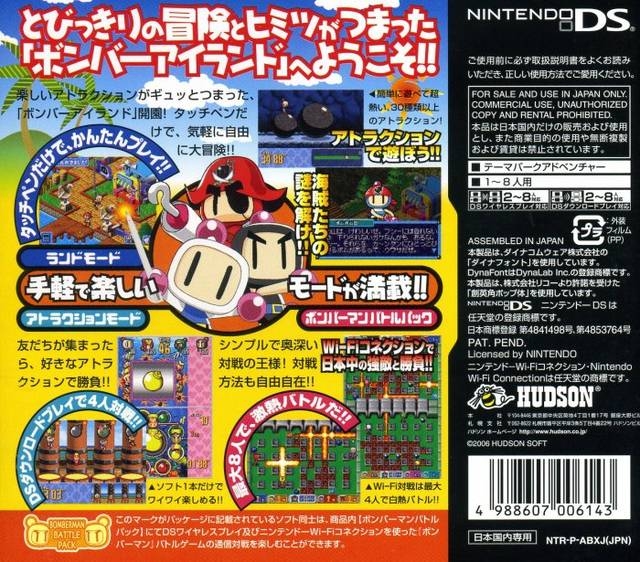 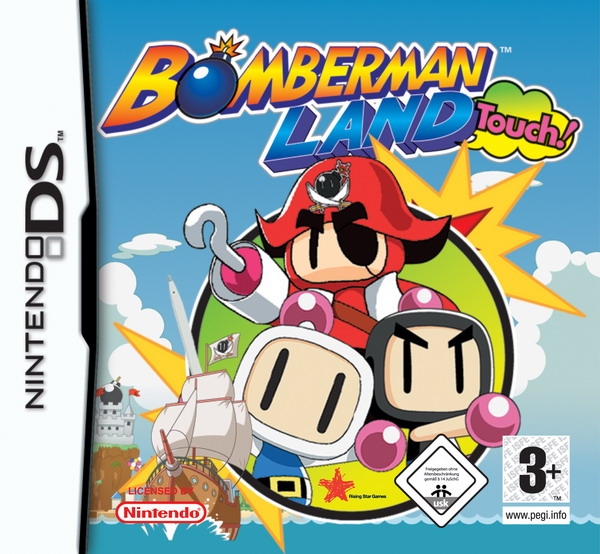 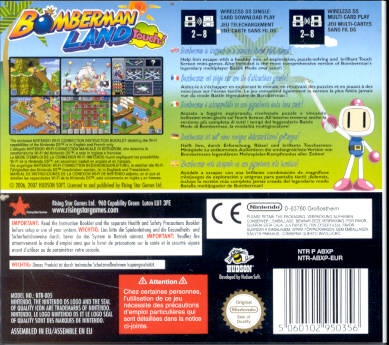 Bomberman Land Touch! is coming out for the Nintendo DS™ and this version will soon prove to become a perennial favorite among game enthusiasts. There are essentially two games in one as the game has a single-player story mode as well as the classic multiplayer mode.

In the Story Mode, explore Bomber Island, a pirate theme park, with the stylus. Touch the area where you want to move and your Bomberman will go there. You can explore at different speeds depending on where you touch. Bomber Island is comprised of four zones. Spade Zone is a port city. Diamond Zone is mountainous. Club Zone features jungles and deserts. Heart Zone is filled with aquatic vistas.

Your explorations will inevitably lead you to one of 36 different one-to-four-player mini-games. One game asks you to fish for bombs by drawing "lines" with the stylus from a boat to a designated color of bomb. Another challenges you to blow out lit fuses through the Nintendo DS'™ mic. Most mini-games take advantage of both screens, enhancing the action.

Every time you complete a mini-game, you earn a piece. Pieces open gates all over Bomber Island. By opening gates, you can reach new places. Completing a mini-game in Story Mode also unlocks the mini game in an Attractions Mode, where you can later replay all unlocked games either by yourself or with friends. With DS Download Play capability, you only need one Bomberman Land Touch! cartridge for up to 4 people.