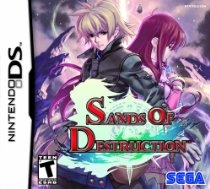 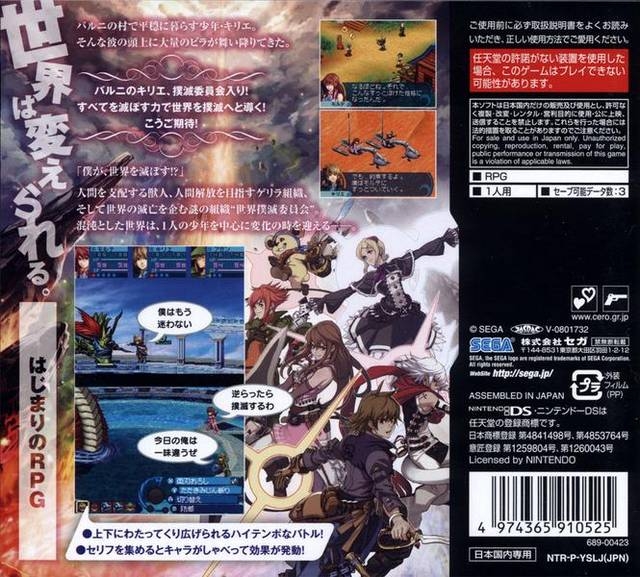 Sands of Destruction™, an epic RPG created by the all-star Japanese developers at ImageEpoc, takes you through an epic adventure in a world surrounded by a sea of sand.

In Sands of Destruction, a race of powerful beastmen known as the Ferals rule over the human population with tyranny and prejudice. A group of warriors, the World Annihilation Front, believe their only option for ending the corruption of the Ferals is to end the world as they know it. This intense game puts gamers in control of an intriguing cast of characters including the crusading Morte Ashera as well as Kyrie Illunis, who unknowingly holds the key to global destruction. Gamers will explore a fantastic world, traveling across oceans of sand, battling colossal enemy monsters and unraveling the mystery of the creation of the world.

Immerse yourself in dynamic battles taking up both the top and lower screens of the DS and an epic storyline with a twist, in this action-packed fantasy RPG exclusively on the DS.

1) Dynamic Dual Screen Battles: Confront colossal bosses that span across both screens on the Nintendo DS, battling with both aerial and ground attacks

2) Unconventional Storyline: Written by master storyteller Masato Kato, immerse yourself in a dramatic storyline taking you into an atmospheric fantasy world where you must “destroy the world” to save the future