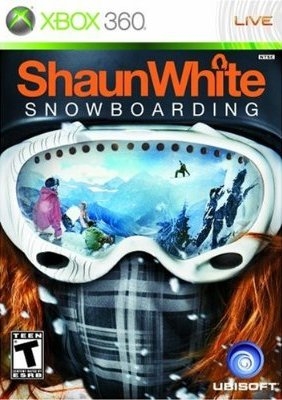 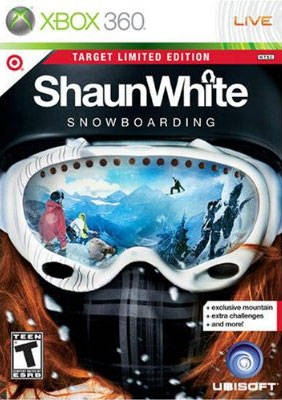 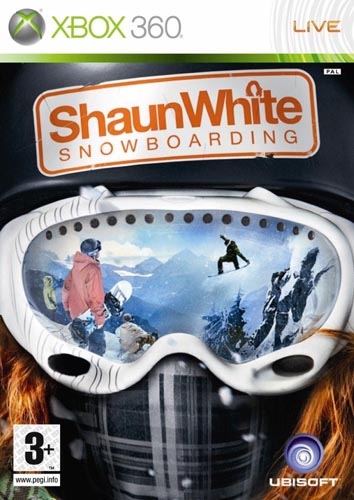 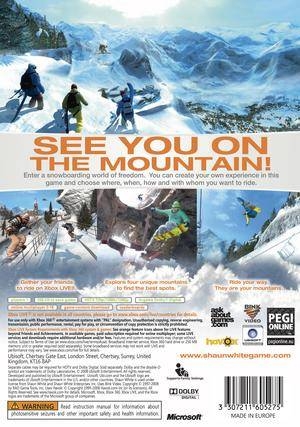 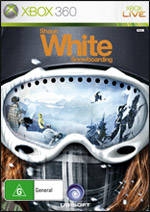 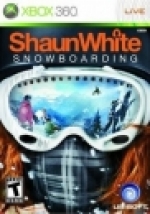 We take a look at the first snowboard game for 360 and PS3. Can Shaun White step in the footsteps of 1080 and SSX?

Snowboarding has always been a genre that translated well to videogames. It is therefore quite surprising to see the first snowboard game for the HD consoles arriving three years after the release of the 360 (two years after the PS3 first saw the light). As a big snowboarding fan, both in real life and in games, I couldn't wait to get my hands on Shaun White Snowboarding. The game is based on, surprise surprise, Olympic gold medal winner Shaun White who is only present briefly at the start of the game and as the inevitable "endboss", so if you expected to be speeding the mountains as "The Flying Tomato" you'll be disappointed. You start off in Park City, where the master himself offers you to snowboard all around the world to collect coins. Yes, you heard that correctly: your main task is to collect coins. And that's one of the two major flaws in this game, but I'll come back to that later.

The most important thing in extreme sport games are the controls, since the trick-system can really make or break the experience. The controls in Shaun White Snowboarding are very simple and it's clear that Ubisoft took a good look at EA's Skate for them. The tricks are performed with the right analog stick in combination with the right trigger, which is also used for the jumps. While airborne the spins are performed with the left analog stick. The trick system is pretty basic, as Shaun White tries to be more simulation than arcade game, but it works very well, especially in combination with the amazing courses, just don't expect SSX-like uberstunts. The simplicity will enable you to perform almost everything you want within the first hour of playing though, something that might disappoint gamers that expect a deep and challenging trick system, however it will make those that like their extreme sports realistic very happy.

The mountains are definitely the absolute high point of Shaun White. There are four huge mountains: Park City, Alaska, Japan and Europe, each with their own distinctive differences. All locations are present from the start, which removes the challenge of unlocking a new region, but that's really my only gripe with them. The game is built on the Assassin's Creed engine, and while it's not on the same graphical level, the environments look simply amazing. The draw distance is one of the best I've ever seen in a game and the mountain design is very good. From the cracks in the ice to the snow that's coming up from the board, everything looks very polished and when you take the helicopter to the top of a peak, the serene surroundings are almost breathtaking. The freedom of the mountains give you absolute liberty to go wherever you want to go, giving the game a very realistic touch and making it basically the first sandbox snowboarding game. The character models also look very good, with a fair amount of detail in the clothing, but the movements (especially when walking) are a bit stiff.


This is also where my enthusiasm for the game more or less ends. Like I mentioned before, the main goal of the game is to collect coins. Three coins on each mountain are required to learn a new skill from Shaun White, like being able to snowboard through fences or being able to perform bigger jumps. In total you'll have to repeat this 4 times, but you likely won't get that far. That's because the collection is a tedious job. As stated above the courses are enormous. It can easily take 10 minutes to get from the top to the village and there are numerous different paths to make your way down the mountain, which in short means that finding your way on the slopes is a pretty tough job. This is emphasised by the realistic look, which is great from an aesthetic point of view, but does make eveything look more or less the same. The radar also isn't very helpful because it only leads you in a general direction. This means reaching the coins will often force you to get off your board and WALK to the them in a very slow pace, because if you missed a jump or a path to the coin, there's no other way of reaching it but to either return to the top of the slope and rerun the exact same path or to walk. A little help is given in the form of a marker you can drop on the course, where you can easily return to, however this will also result in dropping markers whenever you've made the perfect jump towards your goal.

While making your way on the slopes you'll find strange flying speakers, which lead you to separate challenges, like races, sliding, big air, freestyle and speed runs. About a third of the challenges are online-only, which is a big shame. The challenges are already quite scarce and finding them is a hassle, for the same reasons the coin collection is a chore. So when you finally manage to find a challenge, it's a big let down to hear you can't do it because it's only online. A lot of people will play a snowboard game for things like trick contests and races, and a game shouldn't exclude a huge part of these from the costumer that doesn't want to play online. These challenges could have been easily done with AI controlled contenders.

The challenges you can do offline are definitely fun, though, and you'll soon find out that spending time in them is much more fun than searching for the coins. The best ones are usually found directly at the top of the mountain and let you freeride any way you want, with your only goal being to get as many points as you can in 2 minutes. The open mountain design that provides numerous ways to get down is fantastic for this, since no run will likely be the same and the biggest challenge becomes finding the route which offers the biggest jumps or the most rails. The inability to revisit challenges however does hurt the fun you can have with these more arcade-like parts a bit. You can only press retry directly after you've done a challenge, but once you've continued the only way to redo a challenge is to get up the mountain again and find your way to the flying speaker or leave a marker close to the starting point, which works, but shouldn't be necessary. Going online is very easy and literally takes a few seconds. When playing in online mode you basically continue doing what you were doing, with the exception that you can invite friends to your mountain or be invited by others to their mountain. Online the challenges work a bit better than offline, since you can choose a challenge and automatically go there. The online trick-contests require some waiting though, since every player will perform his or her stunt while the others await their turns. This can become a bit boring after a while, since each contestant will take some 45 seconds, which comes down to 45 seconds of doing nothing multiplied by the amount of players.

By completing challenges you earn money you can spend on boards and gear. Well, you'll be spending it on boards, because the gear is an absolute waste of money, unless you want some sort of bragging rights online. The board choice is wide and they actually behave pretty uniquely. A race-board will definitely makes things notably faster while you'll definitely need a more flexible board to gain high scores on the tricks.

The music in the game is solid, as are the sound effects. The soundtrack features a nice collection of old and new songs, ranging from Audioslave to Blue Oyster Cult's classic "Don't fear the Reaper", and from Faithless' "We come 1" to Jefferson Airplane. You can easily skip through the songs and create your customized tracklist. I do feel the number of songs is on the low side, especially since just freeriding on the mountains, enjoying the surroundings and the music without spending too much attention to the actual goals game is probably the best way to enjoy the game. These are the parts where Shaun White Snowboarding really shines and combined with the great graphical presentation it still leads to a good score, but sadly the gimped coin collection and challenges mean that you'll likely get bored rather quickly, since free-riding will only keep you entertained for so long. Basically the package is great, it's just sad Ubisoft forgot to add the game to it.