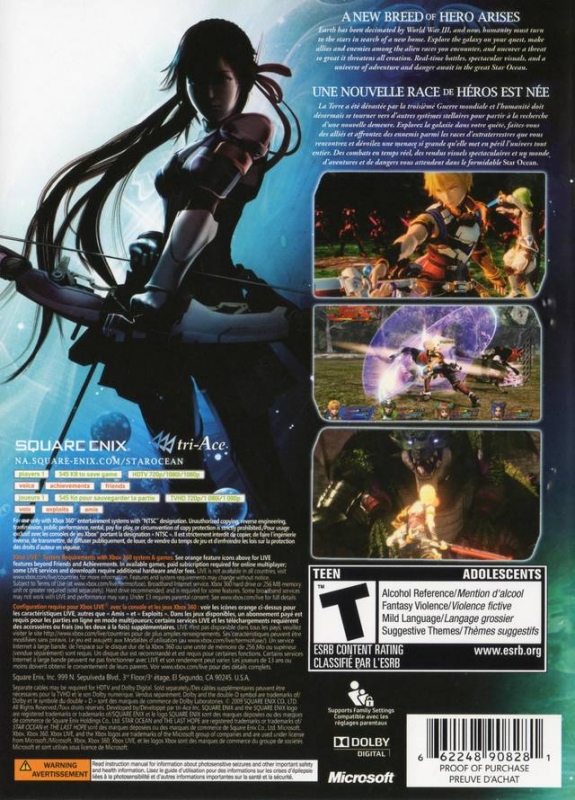 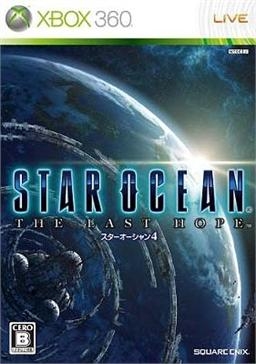 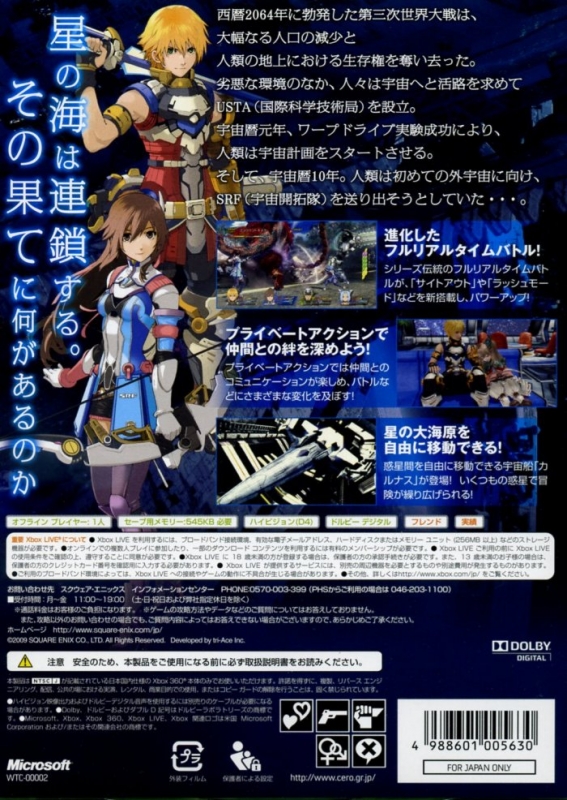 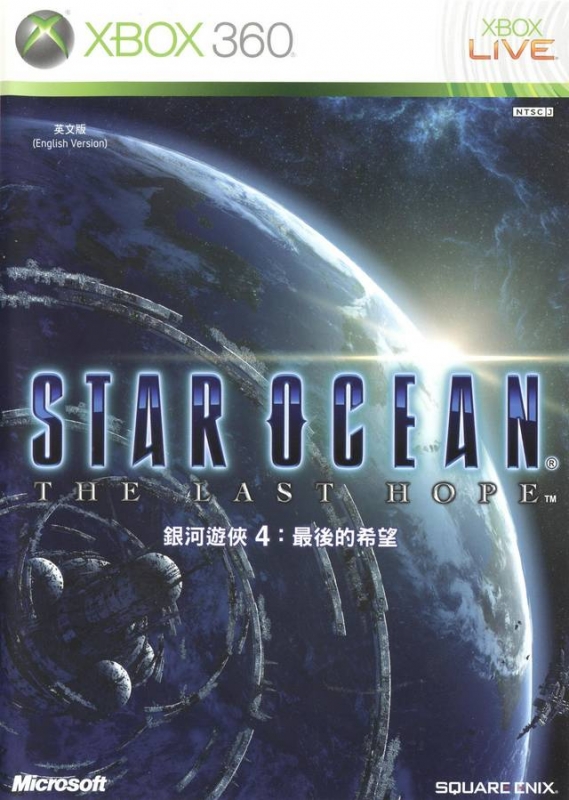 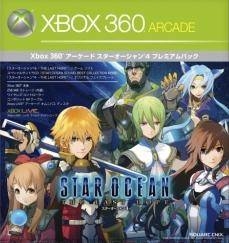 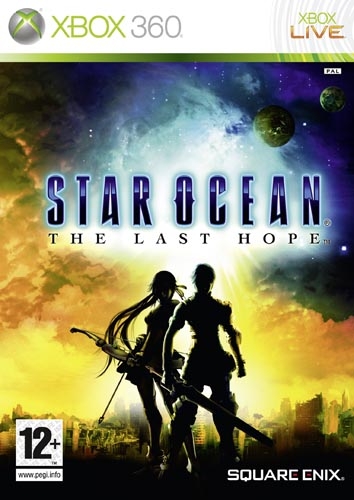 A 10 year old entry of a long running series.

A Series That Needs No Introduction

Star Ocean is a J-RPG series that from the SNES gen to the PS2 gen never once dropped the ball meaning that it has never delivered a bad entry. SO: The Second Story to me is the finest chapter the series has ever had to offer and it is game that passed many a gamer because it had the misfortune of being released in the golden era of the J-RPGs along side Final Fantasy VII, VIII, Xenogears, Grandia etc.

That being said Star Ocean the Last Hope was released in what perhaps remains the weakest era of the J-RPGs on Consoles, in fact most of the good stuff now is found on handhelds and Final Fantasy is no longer Final Fantasy, so is Star Ocean still… well… Star Ocean?

The one area where the series has gotten progressively better is in its visuals, the art work is fantastic as always, and looks a level under the FFXIII water mark but at this point we shouldn’t care much, it is one of the better looking J-RPGs on the 360/PS3 gen a generation that started back in 2005.

The character models have nice details and animation the enemy designs could have been more varied, but they do the job. The game’s story is mostly told using the in game engine which boggles the mind because the game comes packed in 3 DVDs on the 360. Hi definition graphics definitely out grew DVD as a viable format.

The environments are large and while the game is composed of different planets with a town or two to explore, the same goes for dungeons, but it works well since I wasn’t expecting much freedom anyway. The overworld map had officially died in that generation of consoles (Unless your J-RPG starts with “Tales” on its name).

With Final Fantasy (specifically XIII) no longer sounding like Final Fantasy and being that much worst for it my complaint here will seem rather hypocritical. And yet Star Ocean sounds too much like the previous two, and that’s good because you know you are playing Star Ocean but at the same time I would like Sakuraba to take the same risks Uematsu took while at the helm of the FF series music.

That being said the Man still delivers and musically just like with the visual package this is a game that can stand along side any game released last gen.

Story wise The Last Hope presents us with a cast full of RPG clichés. The characters are so simple minded in their approach to anything they encounter through the story that it is hard to believe that the game saw the light of day in 2009 and that RPGs in the late 90’s were in the literal sense way ahead of anything I have seen out of Japan from 360/PS3 forwards (J-RPGs wise) Xenoblade perhaps the sole exception.

The story is clichéd to the core, there is an absence of a clear cut villain for the most part, and of any kind of government to keep things together. And yet for some reason the tribulations of Edge Maverick (the protagonist) and company are entertaining for the most part thanks to the fact that this might be the shortest Star Ocean ever clocking at 32 hours.

The tale of Edge Maverick and Company is not nearly as captivating as Claude and Rena’s was two decades ago ( I feel old saying that), but it does the job to carry the player through to the uneventful and disappointing conclusion of the story.

The game could have done much better had much touted “Affinity System” actually served a story changing purpose at least on Edge’s part with the females on the game. The game forces Reimi on you from the very beginning and even though Myuria and Sarah are the stronger the female leads they are relegated to secondary roles. Myuria  as the hot busty elven chick with a kick a$$ attitude and Sarah as the dumb and innocent comic relief of the game. Reimi is supposed to be this caring living girl that just suffers for edge during the entire thing but for what ever reason I never felt compelled by her character.

Perhaps the greatest character in the game is Welch and she isn’t even a full time member of the party but she is super funny, in fact her brilliant humorous rants made me wonder why the writers didn’t treat the rest of the characters dialog with the same care.

It must be said that many of the characters like Sarah and Myuria who join the party later in the game do not have enough time to develop properly since Tri Ace for what ever reason decided to make short storied RPGs in that particular gen.

Seasoned players will find that they have experienced this tale may times before in better games. I truly, deeply miss the nineties, I really do…good times.

The one where the game improved over previous installments is on the item creation system. It is simpler now than before which will bother some of the purists but honestly the system in Till the End of Time was ultra tough. This system is no different if you take the time to master it, but in order to succeed in the game it is not necessary to have super powerful weapons this time around.

Grinding still is an integral part of the game even in the new easy mode, still nothing too demanding. The last stretches of boss battles are long and tedious though.

The battle system is still composed of the same action oriented controls with special emphasis on elemental properties of both weapons and enemies. Star Ocean still has it where it counts on the battle department. While there is no world map the environments are full of treasure chests and tedious side missions to accomplish.

MUST OWN FOR SERIES FANS

If you are a fan of Star Ocean titles there is no reason to not buy this installment, it is the weakest entry in the series but still better than most J RPGS not named Tales or Xeno on consoles of the past decade.

Gameplay: 8.5- Grinding returns but not as tedious as before and the item system while simplified offers quite a bit of depth. While the game does have a few frustrating boss battles as some of the  later ones are inadequately long. Gameplay is an area where this series has always excelled and it still does in this latest chapter.

Graphics: 8.5- Could it have looked better? Yes. Still the game does a great job of improving somewhat on Infinite Undiscovery’s visuals which were already very good. The eye balls of the characters look absolutely fantastic.

Sound: 8.0- Sakuraba still has it, and the voice acting isn’t half bad either.

Replayability: 6.0- There are better alternatives on the market right now to stick with this title after a playthrough.

Overall: 8.0- Not a bad title, Tri Ace doesn’t drop the ball here, they never do but those expecting a return to the 2nd Story’s glory days will be disappointed