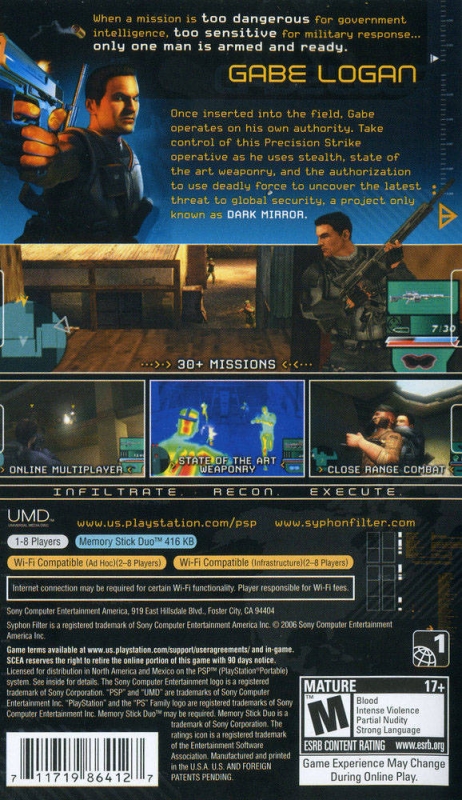 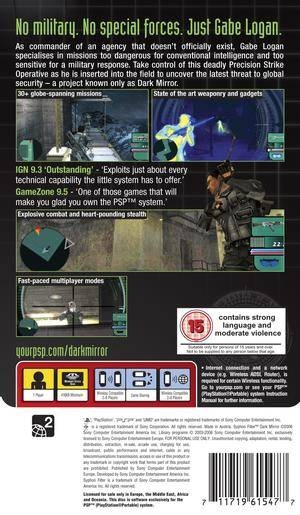 Syphon Filter:  Dark Mirror stars protaganist Gabe Logan, member of IPCA.  IPCA is trying to capture the leader of Red Section, Singularity, to stop thier plot to attack the KemSynth Pertroleum refinery.  Gabe Logan and his partner Lian Xing are sent to KemSynth to stop Red Section, but face many obstacles.

This game takes place around the world with Gabe traveling to Bosnia, Kalinigrad, and Poland, among other places.  You also take control of Lian Xing during certain sections of the game.  This is a third person Action/shooter game that combines stealth action and shooting perfectly.  The game also has a robust multiplayer game mode, playable over Ad-hoc and infrastructure (online) up to eight players.  Players rank up and learn new moves, and gain access to new weapons as they increase their skills.