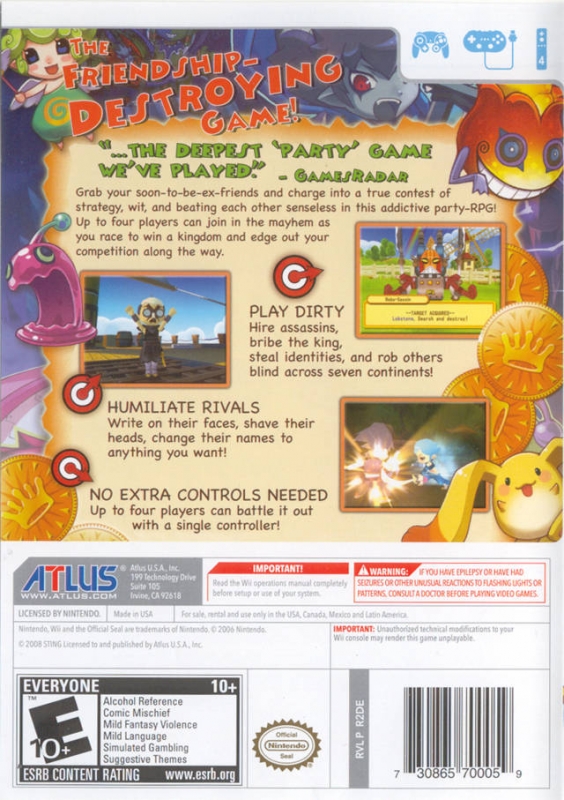 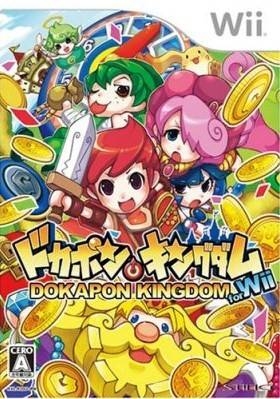 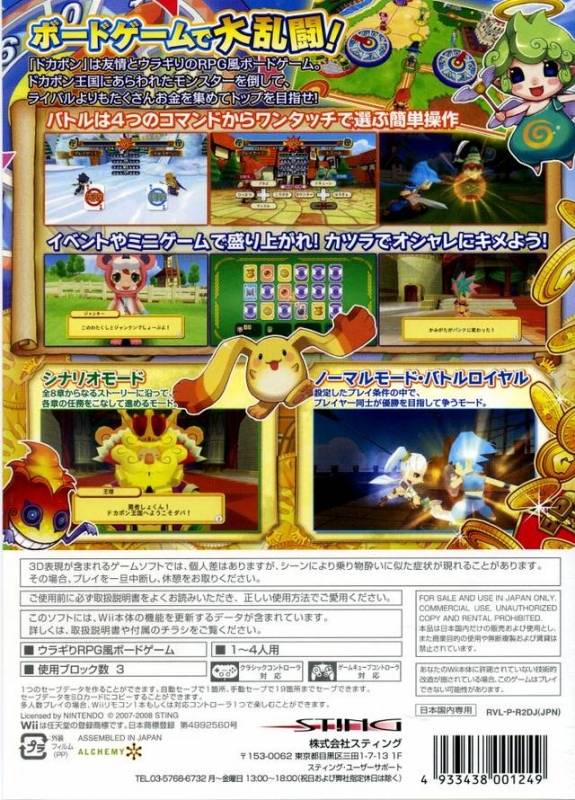 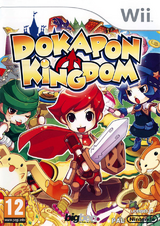 Dokapon Kingdom is an odd combination of Mario Party and an RPG, I wonder if they should cross more genres like that – C’mon Halo DDR!

After the success of Nintendo’s Mario Party franchise, there have been a few games that have sprung up with a similar premise (mostly movie tie-ins) all attaining limited success. Now imagine for just a moment that a company would decide to combine Mario Party with a turn-based role playing game; what sort of odd game would that be? Well wonder no longer as this very game exists; is it a worthy entry to the genre, or the offspring of an unholy union of genres that should not have been?

Sting Entertainment, the company most popular for games like Yggdra Union and Riviera: the Promised Land has decided to tap into the casual Wii market with what I would like to call an RPG-lite. This is the kind of game that you can play with your friends on a boring weekend and not have to suffer through watching one person play a typical RPG. The only problem is that after this game you may not have friends due to the emphasis on screwing your opponents over for your own gain.

The story follows a group of adventurers who are summoned when the Dokapon countryside is suddenly attacked by monsters, sending the villagers into poverty. When the king stops getting any tax money, he decides to get rid of the monsters. He calls together the greatest heroes of the realm and offers the throne and the princess's hand to anyone who can restore peace. Up to four friends can compete against each other in RPG-style play.

At the beginning you are to create your adventurers. You have a choice between the mage, thief, and warrior to start out with and following a pattern of leveling, there are eleven character classes are possible. You can also name your characters, change their appearance, and color. You can have any number of human and NPC characters as long as there is at least two. Most of the time when I played I had two human players and two NPCs, but a little advice is in order. When you play never, ever, ever, ever have the NPCs be thieves as they will go out of their way to make you not have fun at all during the game.

The game follows a basic set up laid out in many of these games. When it is your turn you can first use any items that you have, then spin a spinner to find out how far you move. Once this is figured out, you move to whatever spot you can land on, and do what that spot tells you. If you land on a money space you will gain a few coins, and if you land on an item space, a town space, shop space, or NPC space, you do whatever that space has you do whether it be buying goods or talking to someone. The majority of the other times you will land on monster spaces that throw you headfirst into a battle with a baddie. These battles are fought in the classic “rock, paper, scissors” method, where any attack has a strength and a weakness against one of the other options. If you are unable to end the battle after the first turn, the turn is paused and you will resume from where you left off once your turn rolls back around.

Aside from these regular bad guys, you have boss battles that usually give you control over a town if you win. These monsters can be attacked with magical spells before you actually land on their space, so you can use a bit of strategy in order to break up their defenses. You can also fight your friends if you happen to land on the same space as them. If you happen to die by the hand of a villain of any kind, whether it is friend or foe, be prepared for the consequences. Not only will you lose a few turns, but whoever kills you is allowed to either rob you, vandalize you (i.e. make your character look silly) or give you a cursed item of some sort.

The basic goal in the game is to amass the biggest net worth by liberating towns and collecting their tax money that monsters have stolen. Whoever at the end of the game has the most value wins the king's daughter’s hand in marriage (which is weird because you can have female characters). There is a running tally of who is winning at the end of every month. This is shown as a line chart showing off who has taken the lead. Players don’t have to worry if they are falling behind as the game has a few built in “balancing” devices such as making a literal deal with the devil in order to harm your teammates. The game also features a few fun ideas such as the ability to rob shops, a decision that will either get you a few items or label you as an outlaw and have a bounty placed on your head.

Dokapon Kingdom is very fun, but the major flaw that hurts this game rears its ugly head from the very beginning. By definition, a “party game” is one that needs to be easy to pick up and play and fast-paced. Dokapon is neither of these; any game will literally take you hours to complete depending on how much grinding everyone does. What ended up happening to me was that I started out a game with my friends that later turned into a game against three bloodthirsty NPCs. Another problem with its mechanics is that you will spend a huge amount of time watching other people play the game since it is turn-based. This is especially bad if you get killed as you will have to wait upwards of four turns for you to play again.

I ended up in a horrible situation that prompted my earlier warning about thieves in which all of the NPCs constantly attacked me - stealing all of my gold and killing me almost every turn. It was as if they disregarded the king’s wishes entirely and wanted to screw me over as quickly as they could. One reset and a change of characters later, and I was back in business, but this oversight in the enemy A.I. was pretty annoying.

The graphics and sound in Dokapon Kingdom are by all means the weakest part of the game. In many places the character models aren’t too far from hi-res Nintendo 64 graphics. I know this was a decision to make the game more cutesy and friendly, but it really screams “budget game” with the way it was presented here. The sound is also pretty substandard, and does not show off the strengths of either system that it is on. The game does have a few little perks, such as a 480p option and the ability to shift the game to widescreen. Another big disappointment for me was the somewhat annoying voice acting for a few characters. This was especially prevalent with the King of Dokapon, as I had to skip past most of his dialog. I'm not going to say that he is as annoying as Jar Jar Binks from Star Wars, but he's pretty close.

Dokapon does have one redeeming quality that may overcome some of the charges of mediocrity that it faces. The game itself is fairly long at around 10 hours per game session. Since the games are fairly random, no two games will be quite the same. There are dungeons to explore if you want, and areas that many people overlook. Granted, there is only one game board, but the game board is an overly gigantic representation of the world, so you have loads of ground to cover. For a game like this, if you were to play through it multiple times, that is quite a bit more time than most people put into these board game party games. There is also a mode called "Battle Royale Mode", in which you can set parameters like a time limit, then race to see who can get more towns, more gold etc. This is good because if you don't have time for a full on game, you can play a smaller more limited version.

All in all, Dokapon Kingdom is a game with many missed opportunities. It is by no means a bad game, but it really offers nothing that would make it a great game. The execution of the character turns is far too drawn out to warrant a true “party game”, but it has too much of a party game aesthetic and rough A.I. to really warrant a prolonged single player experience. Since the game is budget priced, Dokapon really doesn’t hurt your wallet, but not everyone would like to play it. This is one of those games that with a little more polish on graphics and sound, and a tad more depth to the story, we could have had something like Culdcept Saga. Dokapon is a definite rental for sure, but only recommended for purchase if you are starving for this kind of game.