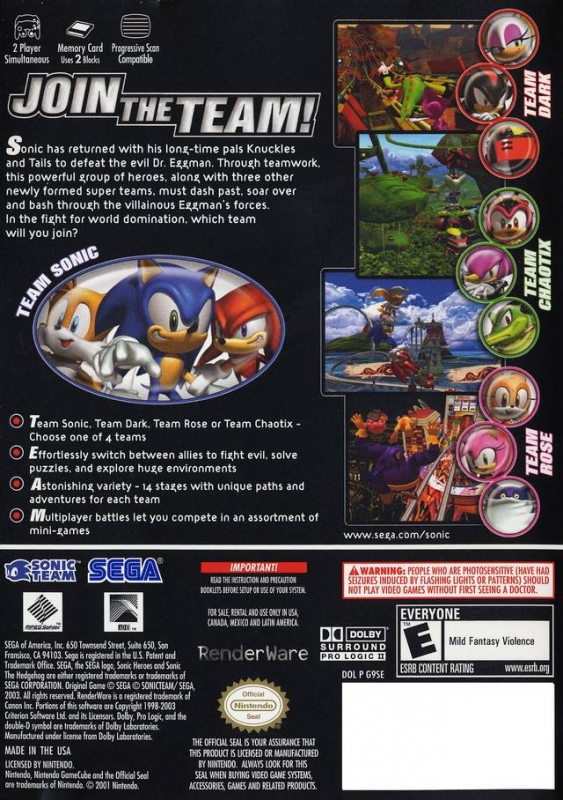 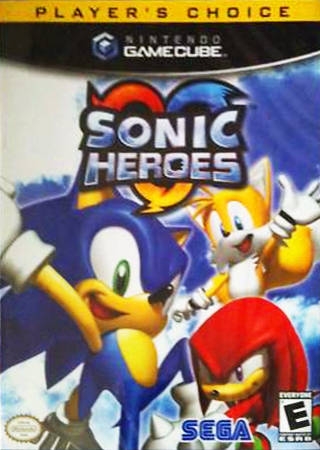 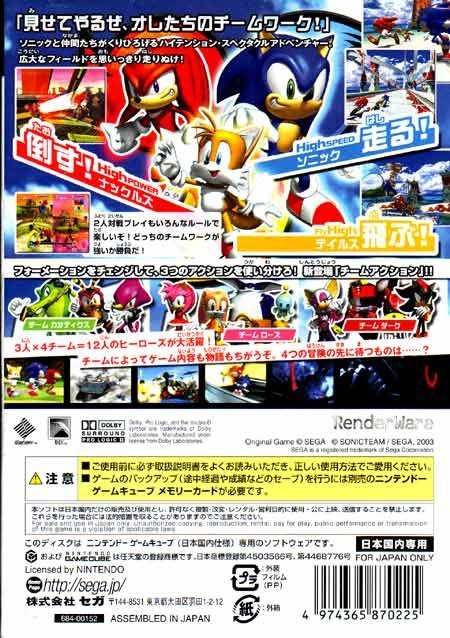 Sonic has returned with his long-time pals Knuckles and Tails to defeat the evil Dr. Eggman. Through teamwork, this powerful group of heroes, along with three other newly formed super teams, must dash past, soar over and bash through the villainous Eggman's forces. In the fight for world domination, which team will you join?