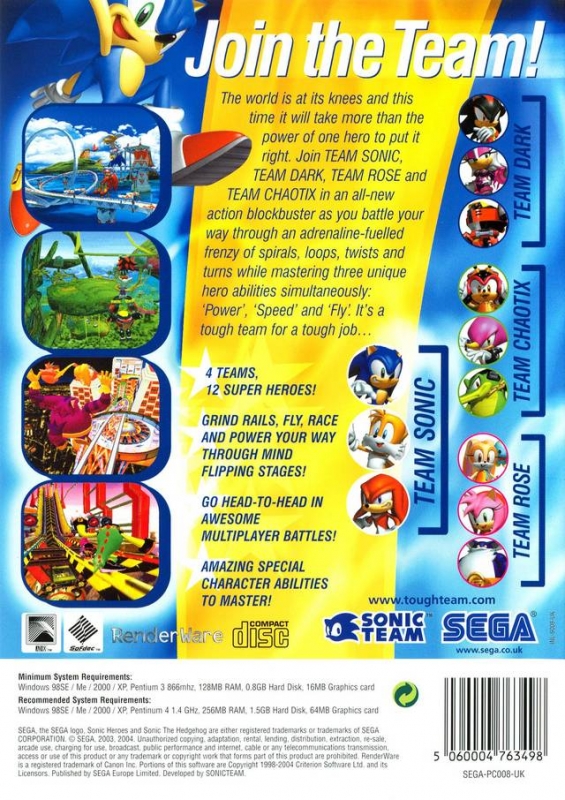 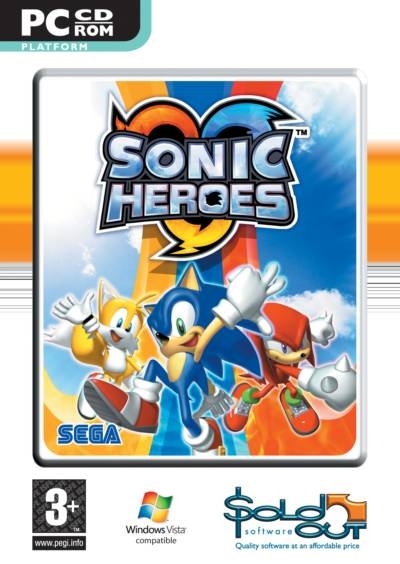 Sega's legendary mascot Sonic The Hedgehog makes his historic multi-platform debut and embarks on his biggest adventure ever, with his trademark blazing speed and a new gameplay twist in "Sonic Heroes." Sonic and his friends have evolved, adopting a configuration feature that lets gamers control three playable characters simultaneously, for example; Team Sonic comprises of Sonic's speed, Knuckles' power, and Tails' ability to fly, to conquer huge, challenging new worlds. This team-based gameplay marks the next evolution in Sonic's gaming career, taking platform gaming to a completely new level. Using the three formations and the powerful moves that each team member has, Sonic and his friends combine forces to battle the ultimate evil in an all-star cast.