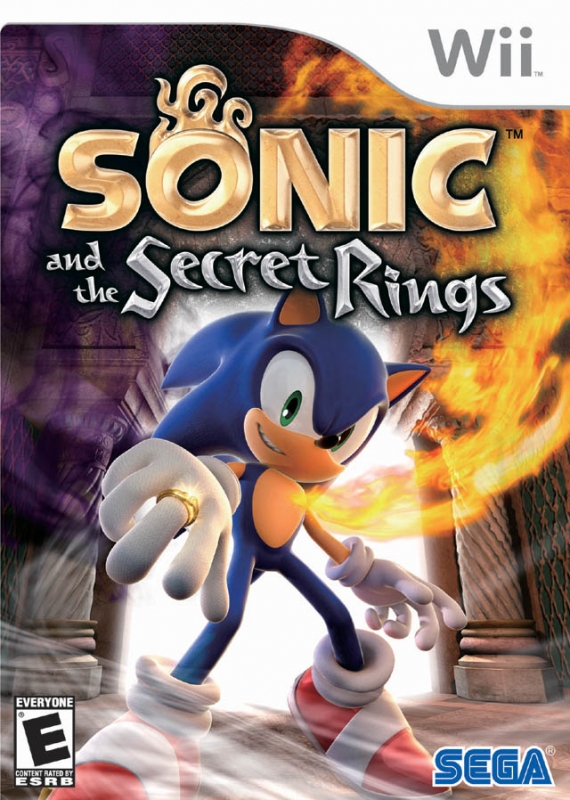 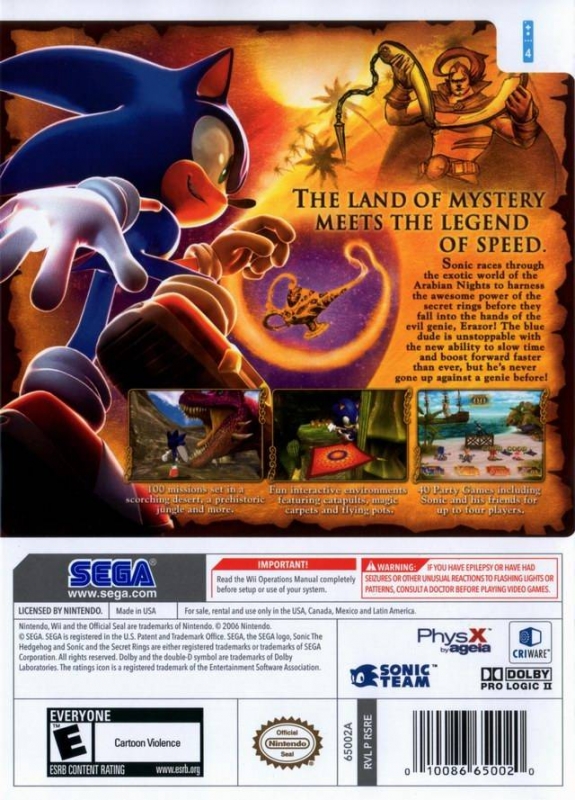 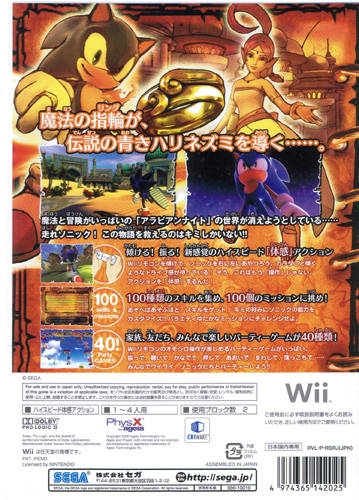 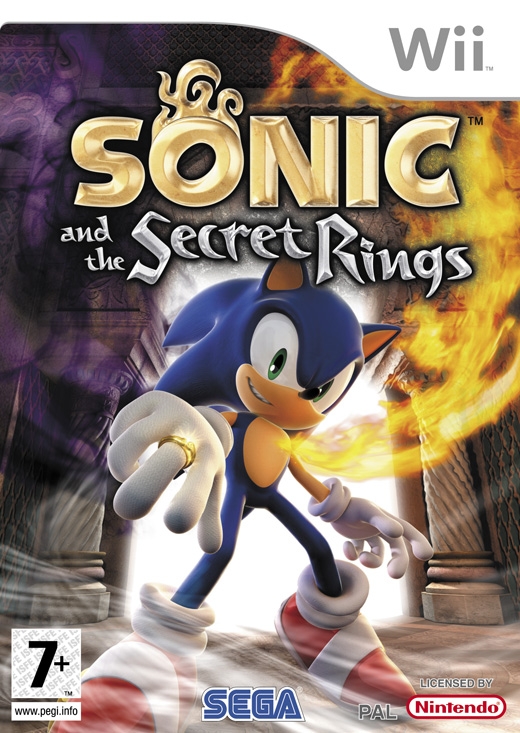 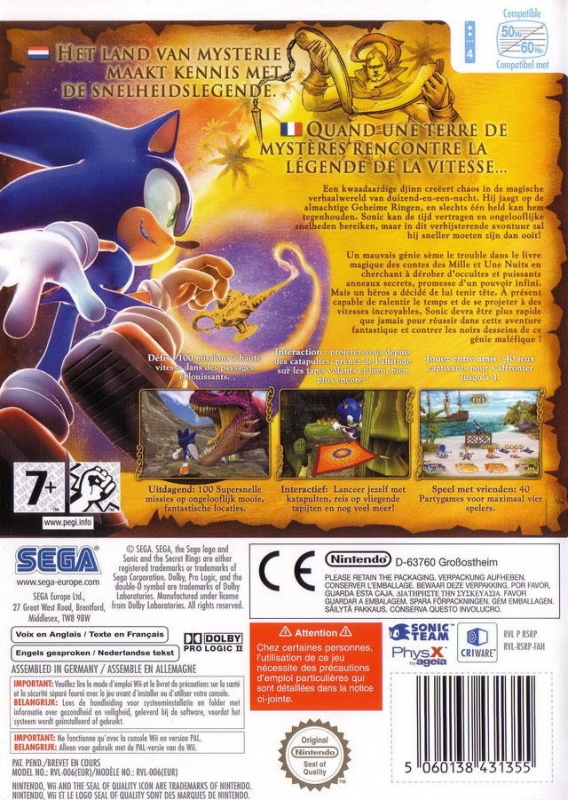 Sonic to Himitsu no Ring

Sonic and the Secret Rings (Wii)

Sonic and the Secret Rings was designed from the ground-up for the Nintendo Wii. It is the first 3D Sonic game to feature Sonic as the only playable character throughout Story Mode. It also deviates from past games, by being an on-rail adventure, instead of the classic platforming style.

Players play with the Wii Remote flipped on its side, and steer Sonic to the left and right by tilting the controller to each side respectively. You use the the 1 button to break, and the 2 to jump. You are always moving forward, but you can tilt the remote back to walk backwards. In order to perform a homing attack, you quickly move the remote forward. You can play through 7 different worlds and 100 stages. Players are awarded medals, ranging from Bronze to Gold, after each level. These are used to unlock hundreds of extra features in the game.

Aside from the Story Mode, the game provides a Party Mode. This mode offers 40 mini games whcih can be played with 1-4 friends and utilize only the Wii Remote. A number of games are unlocked through Story Mode, by collecting Fire Souls through each level. These Fire Souls also unlcok 4 other playable characters in the Party Mode. The games are simple and fun, and a nice addition to the game.