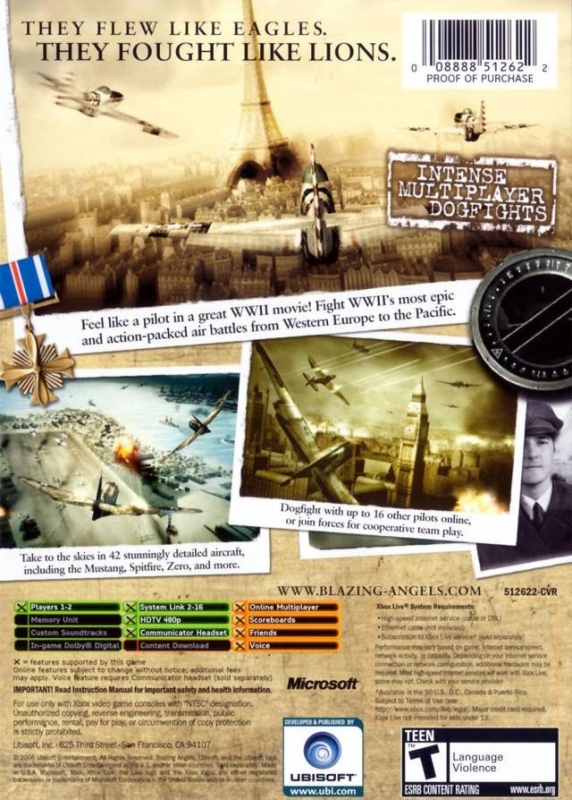 Experience the greatest air battles of World War II in famous locations from across the globe. Whether it’s the Battle of Britain, the attack of Pearl Harbor or the fierce fighting for the desserts of North Africa, the player and his squadron of Blazing Angels will be tasked with turning the tide of war. Command three separate AI-wingmen and make use of each ones special abilities to both attack and defend their squadron leader. During the course of the twenty mission campaign, the pilot will be accompanied by his squadron and they will grow together as an ace fighting force through the entire length of WWII. Fly in close to Germany’s industrial terrain for a bombing raid, strafe the islands of the pacific, or emerge from the cloud cover over London and engage the enemy. The environment is so real you’ll feel like you’re the pilot in a famous WWII movie.

Play on Xbox Live™ with up to 16 players online: Engage in head-to-head dogfights or cooperative team play between squadrons.