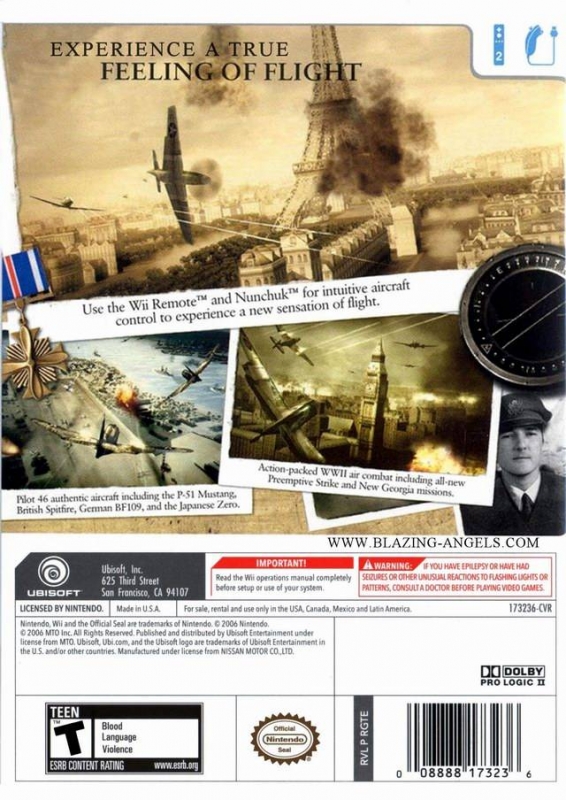 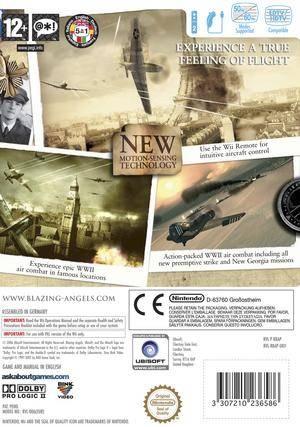 Indulge in the thrill of flight combat using the Wii mote and Nunchuk. Whether it's a steep dive or tight dog-fighting turn, the aircraft will intuitively respond to your hand movements and you'll feel more like a real fighter pilot than ever before. From the Battle of Britain, through the dramatic air combat of Pearl Harbor, and all the way back to Europe, your pilot skills will create WWII history. Dominate the skies of Western Europe and the Pacific and bring your squadron of Blazing Angels back alive.