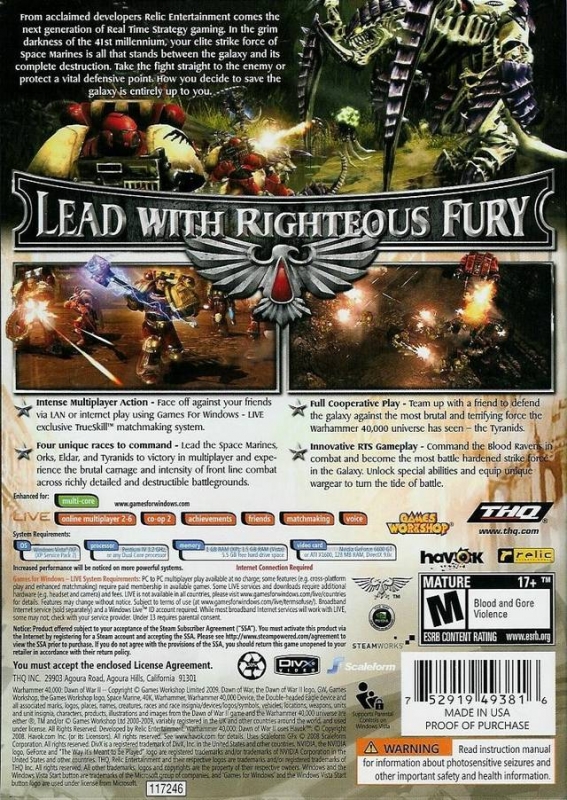 Developed by award winning Relic Entertainment, Dawn of War II ushers in a new chapter in the acclaimed RTS series — taking players to the brutal frontlines of war to lead an elite strike force on a mission to save the galaxy.

It’s the 41st Millennium in the Sub-Sector Aurelia — a cluster of worlds on the edge of the Galaxy – where a battle of epic proportions is about to commence. Ancient races will clash across the planets that dot this section of space, battling for the greatest of stakes — not only the claim to the land and its bounty - but the fate of each race.

With a focus on fast-action RTS gameplay, Dawn of War II brings to life the science fiction universe of Warhammer 40,000 like never before. Experience the intimate brutality of battle as you play through your chosen race’s epic campaign. Clash with enemies on battlefields ablaze with visceral melee and ranged combat. Lead and develop your squads from raw recruits into the most battle hardened veterans in the Galaxy.