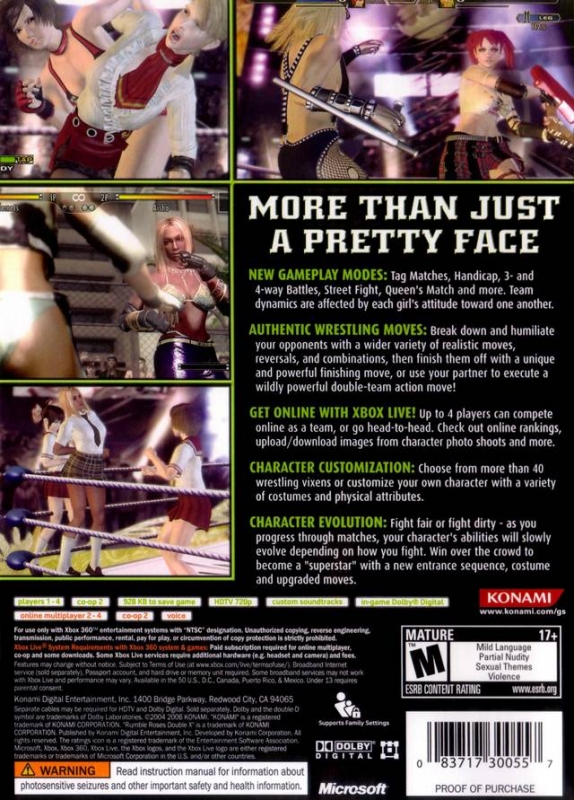 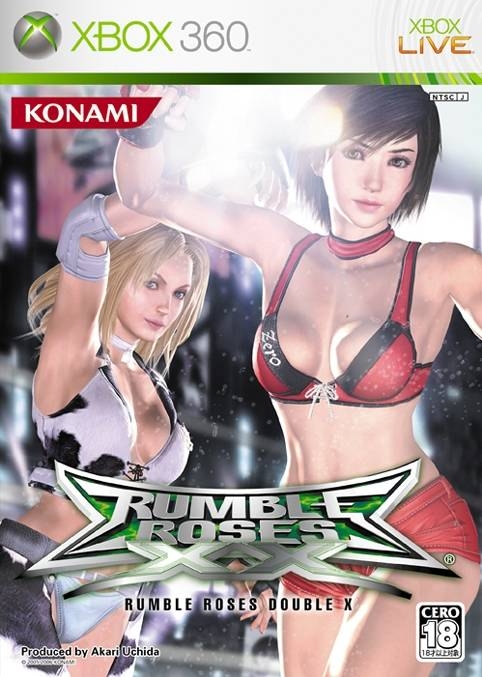 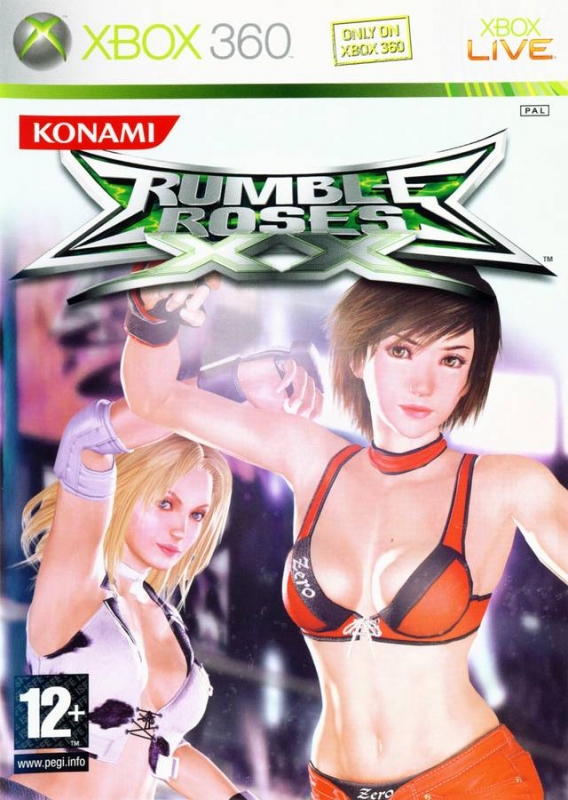 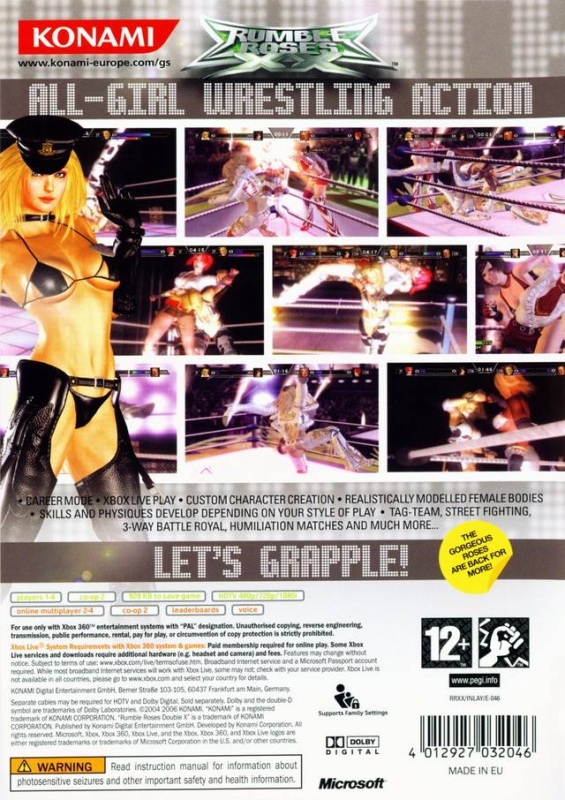 The vixens of wrestling are back. Delivering looks that kill with the visual "enhancements" that you would expect for a next generation game, Rumble Roses XX is more than just another pretty face. Get in the ring and unload submission holds, reversals, and an increased number of other new moves. Customize your own character, then go online and team up with another beauty in head-to-head and tag team matches. Fight fair or fight dirty and humiliate your opponents.

THE FIRST WRESTLING EXPERIENCE FOR THE XBOX 360™