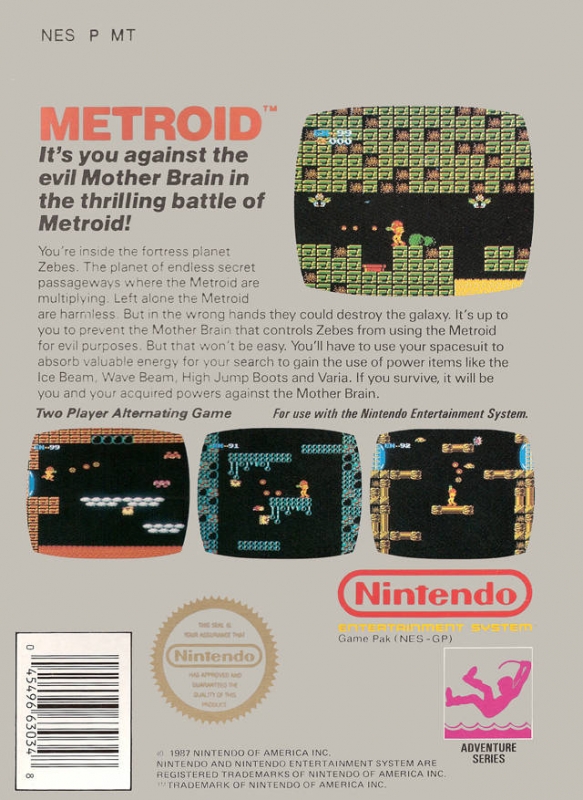 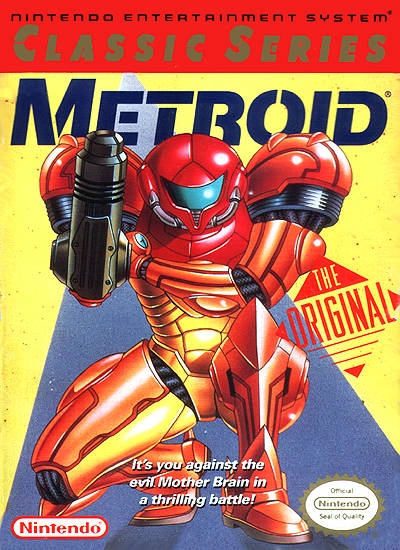 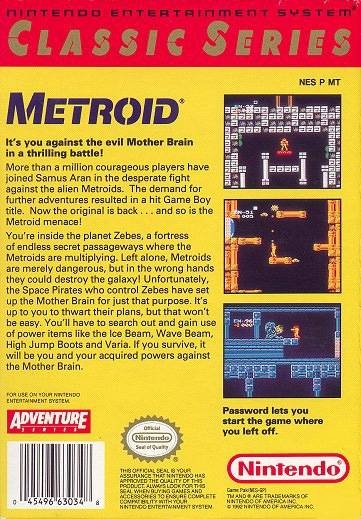 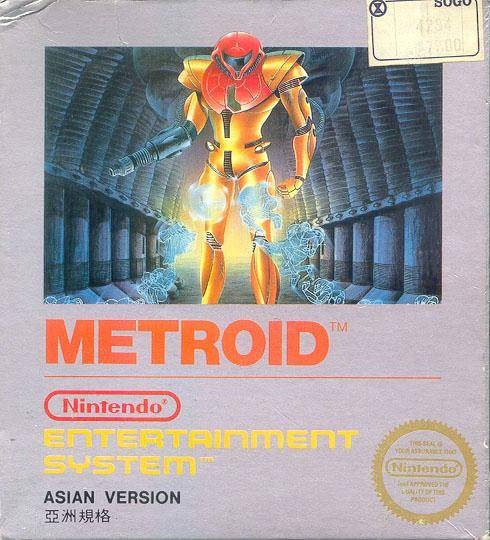 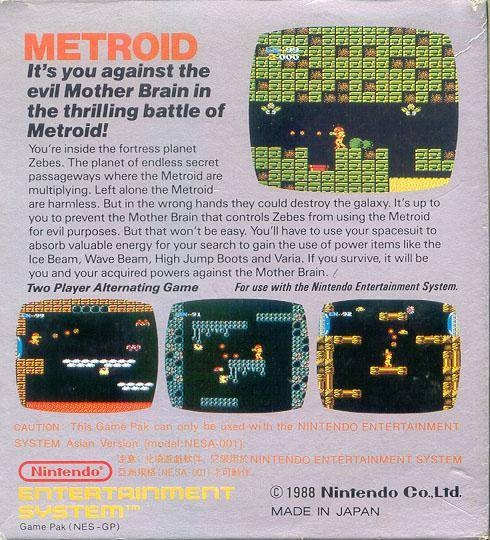 The Virtual Console release of the first game in the popular Metroid-series. A non-linear platform shooter combined with an action adventure game. If you count the selection of wheter or not to keep the ice-beam, or exchange it for the wave-beam as an RP-moment, then yes, that too.

You control the female bounty-hunter Samus Aran in her cybernetic armor, given to her by the Chozo. The objective of the game is to eliminate the Mother Brain and then escape the planet that the adventure takes place. To do this, you must find and gather power-ups that are required to reach new areas and places on a map, that for it's time was huge.

One of the first games to use a password system; the mere presence of such a thing indicated that this game was not ment to be played in one sitting. However, the password system was not in the original version, released for the Famicom Disk System, which had three-save-slots, comparable to most Zelda games, but was instated in the NES release along with the armorless version of Samus. Aran was also one of the first female main-characters in a video game and many people were surprised upon realizing that Samus did, indeed, sport another X-chromosome.